Strict Standards: Declaration of Custom_Menu_Wizard_Sorter::walk() should be compatible with Walker::walk($elements, $max_depth, ...$args) in /home/s2ncq8pxua8t/public_html/wp-content/plugins/custom-menu-wizard/include/class.sorter.php on line 0
 Modern Serfdom, An American Crisis: Part II – FORDHAM POLITICAL REVIEW
Skip to content
Latest News
The Right is on the Rise in the U.S. But it’s Failing Elsewhere.
Race and Wrongful Convictions
Midterm Elections to Test Trump’s Influence on Republican Party
A Story You Might Have Missed – A Climate Activist and the Supreme Court
A Step in The Right Direction: What Biden’s Reaffirmation of the Armenian Genocide Means for the Future of Human Rights 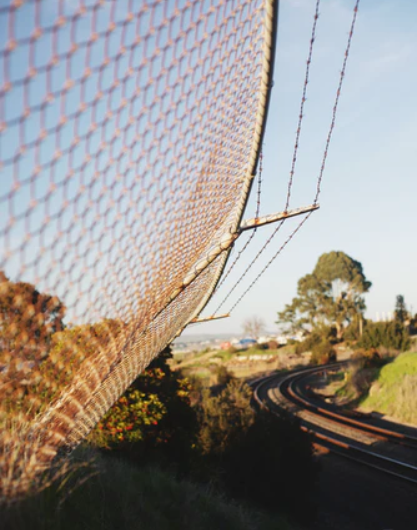 So, why isn’t Biden’s current immigration platform kind or humane? The two main remaining reasons are simple: it encourages human trafficking and smuggling, and it’s perpetuating a type of modern-day serfdom.

When Biden and the Democrats either tacitly or directly encourage people to illegally cross the border into the United States, they are clearly reaching out to the most destitute and desperate, as they are the most likely to do everything they can to escape their situation. These people truly believe that they will be saved and have better lives in America, so they scrounge together their life savings and hire a smuggler, known as a coyote, to get them across the border. Of course, there’s a good chance the migrants don’t make it to their destination and end up dead and decomposing, in the Sonoran Desert,  alone and never heard from again. The coyotes couldn’t care less if they make it to America alive, as long as they have already had their payday. There’s also about a ⅓ chance that a migrant will be sexually abused or raped, (⅔ if they’re a woman) by the coyotes on the way; men, women, children, it doesn’t matter. These predators don’t discriminate. These sexual crimes are only what’s reported, and many women also suffer from beatings, impregnations by strangers, and coercion into prostitution.

It is becoming increasingly common that people, primarily women and children, are smuggled across the border only for the coyotes who brought them there to decide that their payment wasn’t enough. They use this unpaid debt to then force their victims into forced labor or sex work, and given their impossible bargaining position, they have no option to refuse. It has also been reported that traffickers will offer discounts to women and children for their services by raping them as a “payment.” Another tactic these coyotes use is to lie about job opportunities and kidnap the migrants who come along, and either hold them for ransom or sell them into slavery or prostitution. Over 13,000 unaccompanied children have also made the journey, and in some of the most disturbing and tragic stories, some children are sold into child sex slavery, while their families are told they died along the way.

Additionally, there are child “recycling rings,” where the same unaccompanied children, frightened and traumatized, are reused by smugglers and traffickers to get people into the United States. This is due to a legal loophole wherein minors under 14 cannot have their biometric data taken, and as such, they are forced to continually make the grueling and dangerous trip over and over again. But why would Biden’s administration do this?

Many American corporations break the law by hiring illegal immigrants, and they do so to have a cheap labor source that isn’t provided the same benefits or protections as American workers. It is illegal to get a job without a Social Security number, and that means that either the corporations don’t care, or that illegal immigrants use stolen or fake IDs, directly harming the Americans whose identities they have stolen. Illegal immigrants are perfect for these exploitative companies to hire, as they can pay them far less than American workers and treat them much more poorly, as they have no protections under the law. If they complain, their employers can just report them and have them deported. This all adds up to make them a perfect serf class, where they pay taxes like sales tax (and Social Security tax if they have stolen documents) but don’t derive any of the benefits, and get paid far less than minimum wage for big farms and corporations.

This benefits the Biden administration, the Democrat Party, and their corporate donors, who all stand to gain financially by having a permanent, downtrodden serf class. They ensure this continues by proposing legislation that will put illegal immigrants on an 8-year path to citizenship that they know full well will be repealed by then, and they continue to kick the can down the road (perhaps the name Deferred Action for Childhood Arrivals should have tipped some off that this was meant to ensure the continued gray area legal status these people have). The establishment neoliberal Democrats, and their chums the establishment neoconservative Republicans, have propagated this inhumane, abusive system for decades now, and it is long past time to end it. Slavery was ended in this country over 150 years ago, and now it’s time to end this modern serfdom by voting out these establishment politicians, economically punishing their corporate allies, and finding an actual, humane solution to this problem.