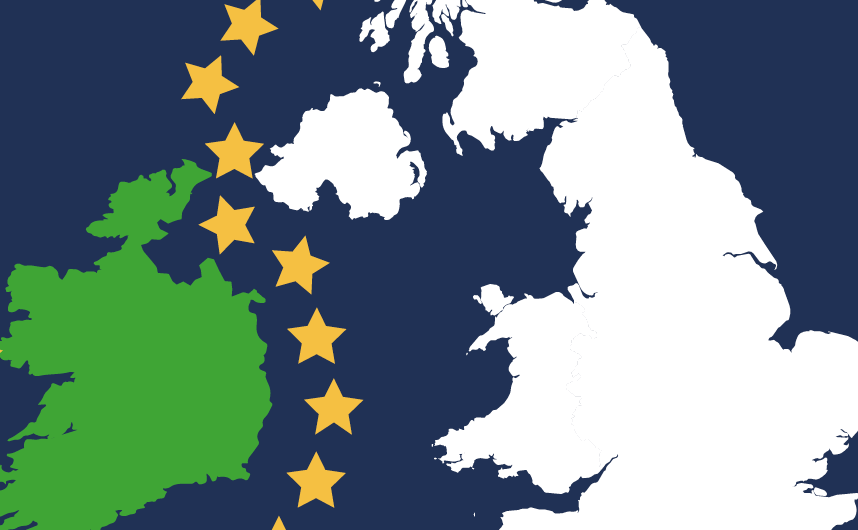 Discussions revolving around Brexit and what it will actually mean for the United Kingdom have been in the works since before 2016. Originally set for March 29, 2019 the day the UK will officially leave the European Union has been postponed to April 12, 2019. The date has been pushed back due to disagreements between the British parliament and the prime minister. An important discussion revolves around Northern Ireland. The importance of Northern Ireland in Brexit discussions cannot be overlooked; Brexit has strong implications for everyone in the UK but has the possibility to cause significant unrest and many public disturbances in Northern Ireland.

There is much reason for concern over what Brexit means for Northern Ireland based on the violent history surrounding the country’s creation. The nation is important in Brexit deals because if the proposal goes through, Northern Ireland will be the only land border between the UK and the EU. After examining and understanding the history of violence within Northern Ireland, it is easy to imagine the emergence of violence as a result of a border put in place between them and the Republic, especially in the wake of recent bombings. Brexit also has the chance to affect the daily lives of citizens living on either side of the Northern Ireland border.

The history of how Northern Ireland became a nation is among the most complex founding stories. Since the 12th century, the Celtic Irish were invaded and dominated by the British. The British controlled the entire landmass of Ireland. As Jonathan Tonge explains in Northern Ireland Conflict and Change, the British began sending Scottish and British planters to build plantations in the north of Ireland. Eventually, the north of Ireland became heavily populated with a mixture of the native Irish and new settlers loyal to the British crown. The Irish continuously rebelled against British rule from the 17th into the 20th century, achieving independence, in 1921, with the creation of the Irish Free State. Unfortunately, this came at the price of partition. The British only granted independence to Ireland under partition to protect the large amount of people still residing in the north that continued to be loyal to the British crown. Partition gave freedom to the rest of Ireland but kept the six counties in the north under British control with their own parliament, giving birth to Northern Ireland.

Deep divides in Northern Ireland were created between Unionists and Nationalists. Unionists wanted to remain part of Britain and were usually Protestant and Nationalists wanted a united Ireland and were usually Catholic. Because of their loyalty to the British government, Unionists were able to maintain a disproportionate amount of power in Parliament compared to Nationalists. With their power, Unionists were able to discriminate against Nationalists and Catholics and deny them equal opportunity in housing and employment. Tired of the discrimination and unequal living conditions, Nationalists formed the Northern Ireland Civil Rights Association (NICRA) to campaign and fight for civil rights; this organization was heavily influenced and modeled after civil rights organizations in the United States.

While the founders of NICRA wanted a peaceful movement, protests and rallies formed by NICRA often led to violence and counter-Unionist protests. From the 1960s to the late 1990s, the two groups had many street skirmishes which required police intervention. However, the police force in Northern Ireland, the Royal Ulster Constabulary (RUC), was sponsored and controlled by the British government. This, and actions by the RUC against Nationalists, gave the appearance that the RUC unfairly targeted Nationalists in terms of arrests and police brutality. Nationalists fought for equality while the Unionists fought to maintain ties with the UK.

The period of violence between the Nationalists and Unionists in Northern Ireland became known as the Troubles. On the Nationalist side, the Irish Republican Army (IRA) became the lead extremist group and, on the Unionist side, the Ulster Volunteer Force (UVF). This period of violence spanned over three decades and resulted in over 3,500 deaths on both the Unionist and Nationalists sides. The height of violence occurred on Bloody Sunday, January 30, 1972. At a protest sponsored by NICRA in the Northern Irish city of Derry, members of the British army shot in the crowd and were responsible for the deaths of fourteen Nationalists. Reports done by the British government soon after the incident found that the Nationalists who were shot and killed did nothing to provoke the British soldiers. The events on Bloody Sunday amplified animosity between the two groups and protracted the violence for another two decades during which bombings became a common occurrence throughout Northern Ireland.

Since the Good Friday Agreement, extremist groups in Northern Ireland have remained at bay, and the hard border separating the country from the Republic of Ireland has been taken down. The Irish on both sides have been able to move freely across the border without checkpoints, resulting in many of them having lives in both Northern Ireland and Ireland. A whole generation has grown up without the border. While Northern Ireland has experienced a period of peace since the Good Friday Agreement, it is evident the century of conflict and tension resulted in deep divides between Unionists and Nationalists today. Many Unionists and Nationalists are able to lead separate lives without ever interacting with someone on the other side.

But Brexit brings the possibility of a hard border coming back, since the border between Northern Ireland and the Republic of Ireland would be the only land border between the UK and the EU. For Nationalists, a hard border symbolizes the end to a possible united Ireland. It’s obvious why the Northern Irish fear that extremist groups like the IRA and UVF could resurface as Brexit Day comes closer. The IRA’s endgame is for all of Ireland to be united, and, if the IRA re-emerges, it will be possible for the UVF to come back in retaliation. In fact, there have already been incidents linked to the IRA as a response to Brexit and border talks. On January 20, 2019, a car bomb went off in Derry. This bombing was linked to the IRA. No one was injured in this bombing, but it troubled many as a sign to a possible return to violence. Also, a series of letter bombs were sent to various locations in London on March 6, 2019, which many believe came from the New IRA. Considering Northern Ireland’s history, there should be much unease surrounding the incidents of the car and letter bombs. Talks of Brexit and a hard border at Northern Ireland are a possible disruption to the peace the country has maintained since the Good Friday Agreement.

With this in mind, the UK and EU have offered to ensure a “backstop” in terms of the border between Northern Ireland and the Republic. This backstop would stop the UK from implementing a hard border for the time being. British Prime Minister Theresa May has expressed her commitment to the backstop to maintain peace in Northern Ireland. However, while May seems committed to the idea of a backstop, many fear that pressure from her party will force her to leave the idea of the backstop behind.

Currently, whether Brexit will happen with or without a deal is unclear. The implications a backstop will bring to Northern Ireland are, on the other hand, certain. Even though the British parliament has delayed Brexit, the future of Northern Ireland and its border is in question. It will be important to watch Northern Ireland on April 12, 2019, to observe any potential protests or uprisings in response to the day the UK will officially leave the EU, especially if it happens without a deal and a plan for the backstop.