Strict Standards: Declaration of Custom_Menu_Wizard_Sorter::walk() should be compatible with Walker::walk($elements, $max_depth, ...$args) in /home/s2ncq8pxua8t/public_html/wp-content/plugins/custom-menu-wizard/include/class.sorter.php on line 0
 NYPD School Budget – FORDHAM POLITICAL REVIEW
Skip to content
Latest News
The Right is on the Rise in the U.S. But it’s Failing Elsewhere.
Race and Wrongful Convictions
Midterm Elections to Test Trump’s Influence on Republican Party
A Story You Might Have Missed – A Climate Activist and the Supreme Court
A Step in The Right Direction: What Biden’s Reaffirmation of the Armenian Genocide Means for the Future of Human Rights 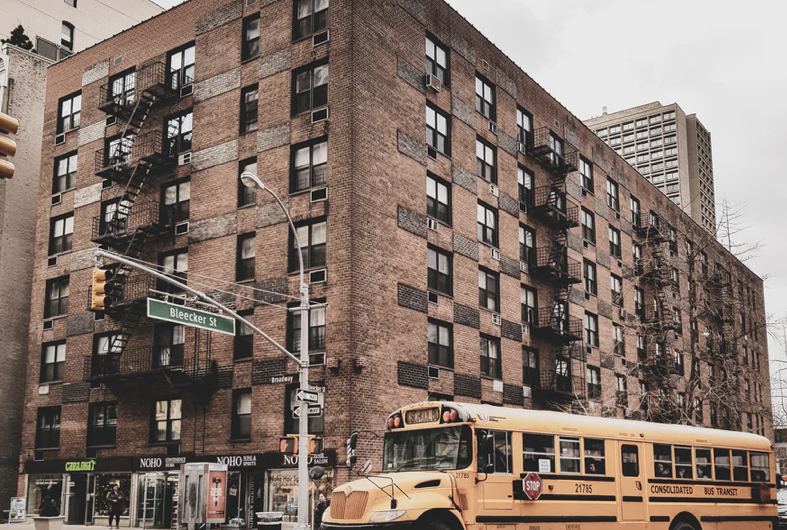 The following sections are the concluding points in the series about the ‘NYPD in Public Schools’. The section discusses the school budget of the NYPD and Proposed alternative disciplinary actions, post-observation. The section concludes with an overall closing of the series on the whole.

The NYPD budget for in-school operations is incredibly large and has dramatically increased over the years. The Children’s Defense Fund of New York estimates that the NYPD school safety division receives approximately $431 million each year, not including the cost of policing outside of school campuses, metal detectors or surveillance cameras. This staggering budget is funded by New York City tax payers. Where is this money spent? The money in the NYPD school budget is allocated to an array of different personnel, task forces and groups. School Safety Agents (or School Safety Officers) receive a majority of the funding because they are the largest group of officers operating within the NYDP’s school safety system, more than five thousand agents per borough. This does not account for the approximately three hundred armed officers patrolling the city’s public schools. The number of SSAs are steadily increasing in schools throughout the city. Currently, there is an estimated one police officer for  every two hundred students. For reference, Los Angeles, the second largest city next to New York, employs only one officer for every 433 citizens. According to a report published by the NYCLU, in 2006, if SSAs were considered their own police force, the New York City School Safety Division would be the tenth largest police force in the country.  The increasing payroll along with the widespread use of technology in primary and secondary schools, causes the NYPD budget to grow.

It has been made clear that many people see a need for police reform in schools. There are a number of proposed ways to begin this process. The first step includes “disrupting the normalization of police in schools” (CDFNY). It is absolutely necessary to question the criminalization of students. Currently, the citizens of New York City are actively participating in this first step toward school safety reform by protesting, reporting and publishing their opinions. The NYPD only has the power to continue to operate in schools if the public continues to allow it.

Secondly, the money funding police security in schools (more than 431 million dollars), should be budgeted to increase resources and better the education system. If these millions of dollars were spent on increased employment of social workers, counselors, mentors and special education teachers, there would be an increase in the mental health of all students, thereby decreasing the need for fear based reinforcement. This money should also be allocated to low-income schools to provide a more adequate education and structural safe space for individuals. Providing after school programs, electives, clubs and teams to students who would otherwise not have the means or opportunity to participate in such activities would be a productive use of city funds. With more opportunity for involvement and intellectual stimulation, less students would be inclined to spend their free time outside of school grounds causing trouble in the community. Providing students with a purpose, a sense of responsibility and obligation outside of school hours, but still within the confines of the school’s boundaries would undoubtedly increase student engagement and decrease the amount of free time that would otherwise be filled with unnecessary trouble making activity. Additionally, providing textbooks, technology, and supplies to students who cannot otherwise afford them would not only level the playing field for individuals across the city, but reinforce the city’s commitment to educating its youth. An example of this type of change would be a predetermined sum of money (based on school population) that is allocated to assisting students (based on family income) in obtaining school necessities (i.e. writing utensils, calculators, required books, notebooks, etc.).

Lastly, the memorandum of agreement between the NYPD and the DOE should be terminated. In ending this agreement, the schools would once again be responsible for addressing the safety of students. The control would rest within the institutions themselves, rather than with the police force. Restoring authority to the schools themselves would, “…respond to conflict in ways that do not prioritize processes that criminalize youth as a solution and do not respond to harm with more harm.” For example, instead of a student being subject to arrest, a student is given an out-of-school suspension or subject to a collaborative intervention by teachers and counselors. This practice would provide the student with time to learn, grow and reflect upon their actions instead of being immediately subjected to the stress of an arrest.

In the beginning, the employment of police in schools was an effort to combat student delinquency and create a safer environment for all students. The progression of policing in schools and the correlating growth of negative effects on student’s mental health and education is not one that can be overlooked. It is time the city takes responsibility for the criminalization of its students. It is time to come up with a progressive solution that does not harm the students and community. With the proper allocation of resources and appropriate redesignation of power to the school instead of the police force, this is a task that can be accomplished. The goal of education in the United States is to produce generations of successful and educated youth. Considering all of the mentioned factors, the NYPD has not served its purpose in maintaining school safety and should therefore be removed immediately.