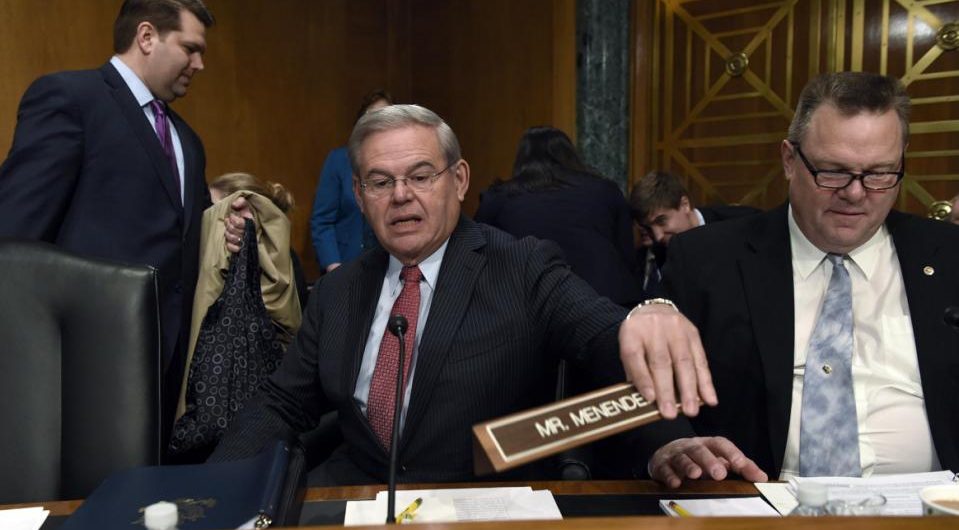 The Garden State’s senior senator wasted no time criticizing the Iran policy that President Obama laid out in last week’s State of the Union speech. In response to the president’s avowal that he would veto any new sanctions bill aimed at Iran’s nuclear program—his rationale being that new sanctions will only embolden Iran to thwart ongoing negotiations—the ranking member of the Senate Foreign Relations Committee offered a trite retort to his fellow Democrat: that the administration’s statements on Iran sound like “talking points coming straight out of Tehran.” The assessment put forth by Bob Menendez of New Jersey reveals a fundamental difference of opinion with the Obama administration in regard to Iran, a difference which played itself out politically over the past few days.

One week later and Menendez was softening his posture. After a meeting with the White House in which the administration “made a compelling case” for delaying approval of a new sanctions package, the senator agreed to delay voting for tighter sanctions until after March 24th, preceding a June 30th deadline for negotiators to strike a final deal with Iran over its illicit nuclear program. In their blog post detailing the senator’s change of heart, reporters Niels Lesniewski and Humberto Sanchez of CQ Roll Call posit that by siding with Democrats in support of Obama’s plans to hold off on new sanctions, Menendez had “gone from administration goat to hero in a week.” When it comes to foreign policy, the senator often finds himself at odds with the Obama administration, despite sharing the president’s party affiliation. The tension between the president and Senator Menendez over new Iran sanctions put these differences on display, in turn changing the political calculus surrounding Congressional action on new sanctions.

Disagreements between the president and Senator Menendez, who in general is more hawkish than most of his Democratic colleagues in the Senate, had been simmering in the days leading up to the State of the Union speech. A week before the president announced in the House Chamber that “new sanctions passed by this Congress…will all but guarantee that diplomacy fails,” the two men aired their disagreements with one another at a Democratic conference in Baltimore.

The New York Times details the exchange between the president and Menendez, in which the former foreshadowed his speech by promising to veto new sanctions legislation that Menendez had been drafting with senate colleague Mark Kirk, Republican of Illinois. Not convinced by the president’s contention that new sanctions would constitute “provocative action [that] could lead international observers to blame the Americans, rather than the Iranians, if the talks collapsed before the June 30th deadline,” Menendez sought to remind the president that “sanctions could not be imposed quickly if Congress waited to act and the talks failed.” While it’s likely the two men continue to hold differing views on the Iran question, a group of Democrats led by Menendez has agreed to hold off voting yea on a new sanctions bill in the immediate future, as indicated in a letter the group sent to the president.

The recent olive branch between Obama and Menendez-aligned Democrats in the Senate did not stop Senators Kirk and Menendez from unveiling their new sanctions bill—the Nuclear Weapon Free Iran Act of 2015—at a Banking Committee hearing on Tuesday. The bill has 14 additional co-sponsors, with supporters as diverse as Chuck Schumer of New York and Ted Cruz of Texas. As put forth in their letter to the president, Senate Democrats contend that the bill “would impose sanctions on Iran only if Iran fails to reach a comprehensive agreement by the June 30th deadline” and that it “includes monthly waivers after June 30th to provide additional negotiating flexibility.”

Not enough to quell the president’s fears that a new package voted on so soon would imperil negotiations—even if sanctions wouldn’t kick in until the June 30th deadline—the group resigned itself not to vote for the legislation on the Senate floor prior to March 24th. After Menendez announced the group’s decision to withhold support at Tuesday’s Banking Committee hearing, the chance that the Senate could overcome a presidential veto diminished substantially.

According to Burgess Everett of Politico, Republican leaders in the Senate had been planning on bringing a new sanctions package to a floor vote as early as February, and the bill cleared the Banking Committee easily on Thursday. Prior to the Menendez-led contingent’s agreement that it would grant negotiators an extra two months before voting for the Nuclear Weapon Free Iran Act on the floor, the president likely would not have been able to withstand a veto override. But with sufficient Democratic support of the administration assured, the bill likely could not even overcome a filibuster should Majority Leader Mitch McConnell attempt to bring it to a floor vote, much less overcome the president’s veto pen.

Kristina Wong of The Hill paints a picture of the legislative hurdle facing the Kirk-Menendez package in light of Democrats’ newfound support for the administration’s position on sanctions. She notes that “if all 54 Republicans vote for the bill, they would need at least 13 Democrats to override the president’s veto pen.” Republicans, remember, are eager to bring a new sanctions package to the floor as soon as possible, and unanimous support within the caucus is highly anticipated. And considering the bill’s list of Democratic co-sponsors, which in addition to Schumer includes Richard Blumenthal (Connecticut), Gary Peters (Michigan), Joe Manchin (West Virginia), Joe Donnelly (Indiana) and Bob Casey (Pennsylvania), robust Democratic support, ample for a veto override of the bill had not been out of the question.

Had Menendez decided to buck the Obama administration on foreign policy—which the senator has done in the past in regard to Cuba, Ukraine and North Korea—the potential for Congress to overcome a presidential veto on new Iran sanctions was a considerable possibility. The sanctions question and the president’s threat of veto indicates what is likely to become a reoccurring motif in the 114th Congress, with Republicans in control of both the House and Senate, and the president’s stated willingness to use his veto pen when needed.

Adding another layer to the politics of Iran sanctions is a hawkish Democratic Senator from New Jersey who at times stresses a more assertive breed of foreign policy than does the Obama administration. That the entire outlook surrounding a new sanctions package could be altered so drastically over a particular Senator’s change of heart reveals the deference allotted to Bob Menendez’s foreign policy clout from both sides of the aisle.

Within a two month window, it is very unlikely that any new sanctions will get passed. Rather than trying to gauge the Congressional calculus surrounding the Kirk-Menendez bill, it is necessary to look beyond the immediate future. The next two dates to watch for are March 24th, when Democrats intend to finally throw their support behind the new sanctions package, and June 30th, when nuclear negotiations with Iran are slated to end.