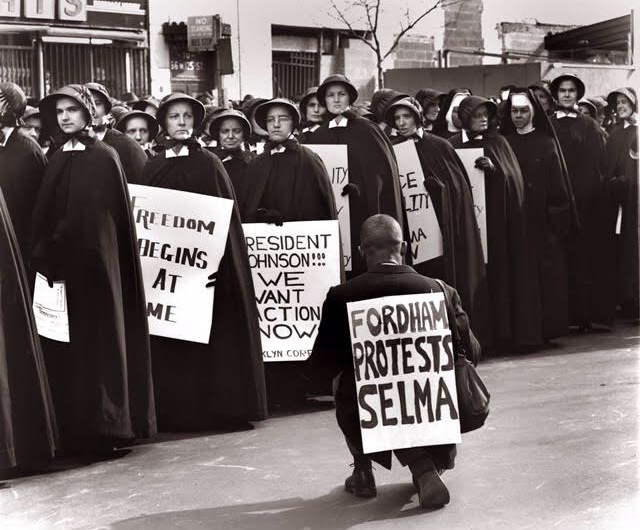 Political Love: does it seem like an oxymoron? The American political and social climate is extremely Love-averse, or rather whatever Love that does exist has been trivialized and commodified, such that Love, whether it be platonic or romantic, almost always expects something in return. In the contemporary contexts of a global reckoning with racism and police violence, the Covid-19 pandemic, and uncertainty in the wake of the presidential election, the question that is asked at every crisis continues to be relevant: how shall we overcome this? And its answer remains relevant as well: Love.

What is Love? This is a question that spans the realms of philosophy, theology, biology, and chemistry, both scientific and social. The Bible says “God is Love” (NIV, 1 John 4:8); St. Thomas Aquinas says “to Love is to will the good of another;” Biological anthropologist Helen Fisher says Love is “a basic drive that evolved millions of years ago in order to enable us and focus our attention on just one partner and start the mating process.” While all of these definitions have value and add nuance to our understanding of Love, I am drawn to the words of Fordham affiliate and cofounder of the Catholic Workers Movement, Dorothy Day, who wrote in her autobiography, The Long Loneliness, “the final word is Love… To Love we must know each other … and we are not alone anymore… We have learned that the only solution is Love and that Love comes with community.” In other words, to Love is to be one with others. It is a radical sense of solidarity and the most human and fallible of emotions. And this has led people to fear it, to see it as vulnerable and weak. But truly, it is our greatest strength.

To a major extent, fear of Love is derived from misogyny and toxic masculinity. The oppression of women has led to a devaluation of the many kindnesses traditionally associated with the feminine end of the gender spectrum, and the ingraining of hard-lined male gender roles that stigmatize emotions in men and boys have limited people’s willingness to Love. This is especially true in the political sphere, where there is an extreme emphasis on physical power, stoicism, and aggressive delivery of rhetoric. We saw appeals to masculinity play out particularly in the 2016 presidential election, with examples such as Trump’s defense of his hand size, his hovering behind Secretary Clinton during the second debate, and Secretary Clinton’s language becoming increasingly masculine as she sought higher office. This is not a uniquely American phenomenon: Prime Minister Margaret Thatcher, also renowned for her stoicism, hired trainers to help lower her voice. These leaders’ appeals to masculinity are emblematic of a will to seem colder and, therefore, stronger. With this appeal to masculinity, they also reject Love, perceiving it as a feminine trait. However, it should be noted that there is a compelling precedent for a Loving masculinity: fathers.

Political leaders globally, male and female, black and white, progressive and conservative, are averse to Love because they associate it with vulnerability and weakness, but I say who is stronger, who is more Loving, than Dad? Love and strength are not gendered characteristics, nor are they incompatible with each other. Promundo and others are doing great work to engage this Loving masculinity in the fight against gender-based violence, but we rarely see this engagement with paternal Love in the political sphere.

This rejection of Love is especially sad in progressive and justice-based movements, where an ethic of Love is most appropriate, and where its absence can lead to more oppression. Modern movements often rhetorically focus on the material: taxes, resources, assets; but they forget the community. Even in community-based organizing efforts, such as the local Community Action for Safer Apartments and The Bronx Defenders, there is still a greater rhetorical emphasis on lower rent, higher wages, and better healthcare rather than the creation of stronger, more connected, and more-Loving communities, even when these efforts are rightfully more people-focused than national campaigns and are rising in support from the progressive establishment. While exploring and refining the intricacies of policy is an act of Love that should be done with care, it should be remembered that each statistic represents a life or a hundred or thousand or million lives. Focusing on these lives, focusing on Love, is both more rhetorically effective and creates a culture of sensitivity that is more just. We must harken back to the Civil Rights movement of the 1950s and 60s, to when Dr. Martin Luther King, Jr. “decided to stick to Love,” to find a mass campaign focused on Love. Dr. King imbued his movement with a sense of Love that was not only compatible with power but was the very source of the power his movement drew upon.

When goals and metrics are emphasized over Love, it leads to competition amongst those who need justice and perpetuates bigotries that advance injustice. bell hooks, in her essay “Love as the Practice of Freedom,” provides the insight that this competition leads to an ethic of domination rather than an ethic of Love, even when the object is righteous. For example, the Black Power movement of the 1960s rejected Dr. King’s Love in favor of a masculine sense of physical power, which was underlined by misogyny that exists in the Black liberation movement to this day. Conversely and similarly, the Women’s Liberation Movement’s emphasis on passing the Equal Rights Amendment during the period of second-wave feminism led to a dismissal of the intersectional plights of people of color and LGBT people. This is not to say that Malcolm X and the Black Power Movement or Betty Friedan and the National Organization for Women did not do important work for justice. Malcolm X changed the conversation of Black liberation from one of reform to one of revolution; and Betty Friedan’s The Feminine Mystique sparked an influx of women into previously male-dominated spaces. However, both of these movements failed in their inclusivity, an oversight on the road towards their goals. Only through Love can an inclusive justice be found, because true Love is not constrained by worldly objectives and limitations.

I am appreciative of the contemporary #BlackLivesMatter and #SayHerName Movements, the latter of which could be considered a subsection of the former, because of their emphasis on both relationality and humanity. A common sign at protests is a list of names of those we have lost to police violence, emphasizing that he is someone’s son and she is someone’s daughter, but also that he is, in the first place, someone and she is also, in the first place, someone. We have begun to find a focus on the importance of individuals and their connection to the community, but the mainstream discussion is still constrained to classic ideas of Love: romantic, platonic, familial, etc. The true scope of Love is bigger and broader than that. I like to think of Dr. King’s famous image of a “network of mutuality,” a web of interconnected relationships, and the possibility of making it a plane—no empty space, no absence of Love. In this sense, we are not indirectly connected with each other through a web, but each has a personal connection with every other member of humanity.

Through Love we are able to transcend and call upon the strength of all of us. We can stand in solidarity with others and actualize justice. This should be the primary goal and tool of progressive movements: to be more than ourselves; to Love.