Strict Standards: Declaration of Custom_Menu_Wizard_Sorter::walk() should be compatible with Walker::walk($elements, $max_depth, ...$args) in /home/s2ncq8pxua8t/public_html/wp-content/plugins/custom-menu-wizard/include/class.sorter.php on line 0
 Op-Ed: Seven Years of College Down the Drain! The Crisis of Men Leaving Campus – FORDHAM POLITICAL REVIEW
Skip to content
Latest News
The Right is on the Rise in the U.S. But it’s Failing Elsewhere.
Race and Wrongful Convictions
Midterm Elections to Test Trump’s Influence on Republican Party
A Story You Might Have Missed – A Climate Activist and the Supreme Court
A Step in The Right Direction: What Biden’s Reaffirmation of the Armenian Genocide Means for the Future of Human Rights 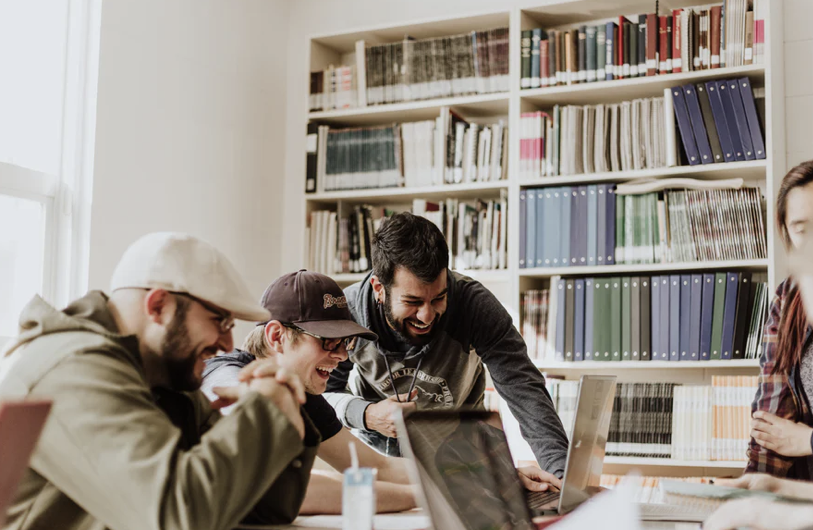 While perusing the unbelievably cursed Snapchat Discover tab, filled with such wonders like, “My BF Controls Everything I Do – And I Love It” and “The Groundworker Who Likes to Dress As A Baby,” I found something extremely interesting: a Wall Street Journal article titled, “A Generation of American Men Give Up on College.” According to data from Clearinghouse, at the close of the 2020-21 academic year, 59.5% of college students were women, as opposed to men’s 40.5%; both of which are all-time records. Universities across the country saw 1.5 million fewer students than years before, and men made up 71% of that decrease.

So, how did this happen? It’s fair to say that college campuses are negative environments for men. There, it is fashionable for men as a whole to be bashed, insulted, degraded and hated. I could name a few examples from this week alone of these things happening to and around me, including a professor saying how all men are “terrible” and “stupid,” with the class laughing it off. As cliché as it is to say, repeating the same sentence but replacing “men” with “women” would be a faux pas and viewed as backwards and intolerant. A lot of this comes from the #MeToo movement. Although it was long overdue to hold powerful men accountable for taking advantage of women, it created a broad stroke which has perversely affected male-female relations.

Studies have shown that both in colleges and in the general public, repeat offenders commit around 85% of rapes and sexual assaults. Professor David Buss of the University of Texas also wrote an excellent book on the matter titled “When Men Behave Badly,” which ultimately shows that a small minority of men commit the vast majority of sexual violence. Despite this, in modern society–and especially on college campuses–it is treated as if all men have the same proclivity to commit these heinous acts. As such, men (disproportionately minority men) are not given the presumption of innocence until proven guilty in Title IX cases.

It’s not just the removal of the constitutional right to presumption of innocence that the #MeToo movement has inadvertently created, but it is also the attacks on masculinity itself, with the word seldom being used in anything but a negative light, as men are told how “toxic” their inherent masculine traits are. These also couple with the countless number of affirmative action-esque programs designed to encourage and assist young women into attending college and getting into schools which don’t really exist for men, as well as how the education system greatly and systematically favors girls; but that’s a story for another time.

Simply put, it seems men are getting tired of racking up crippling debt for a more and more worthless degree at an overpriced, lowest common denominator-appealing university where they learn next to no marketable skills, all while being demonized for their gender as they’re forced to take courses on, or listen to professors ramble about, their “male privilege” and aforementioned “toxic masculinity.” Many men don’t feel wanted or respected on college campuses anymore. While some feminists in the audience may cheer this on, this decline in men in higher education is a net negative for everyone. First of all, a less educated populace is, and you’re not gonna believe this, not good. Second, it is a clear sign of the lack of prestige granted by a college degree if so many men are giving up on it. While it’s indisputable that women certainly used to have to work extremely hard to get into college due to sexist policies, the 60-40 split seen in this data clearly shows it isn’t too hard to get into college now. Perhaps women will begin to follow their male counterparts in ditching higher education, further leading to a less educated populace.

One of the most fascinating implications of this newfound asymmetry between men and women in educational attainment is how this will affect, for lack of a better term, mating habits. Research has overwhelmingly shown that men have a greater desire for sexual partner variety. Men have more frequent sexual thoughts, have more sexual fantasies involving multiple partners, and are far more likely to sign up for online dating sites for the sole goal of casual sex. Contrastingly, women are far more likely to seek long-term relationships and have far less frequent fantasies akin to those of men. The rarer gender is more inclined to get what they want, and as such, the surplus of women on college campuses is leading to them being more apt to play the men’s game. Therefore, casual hookups and hookup app usage have skyrocketed on these campuses, as the women there are forced to compete in the men’s court, so to speak. In contrast, in areas where there are more women, men are forced to play the women’s game, and long-term relationships increase in these scenarios.

The debate surrounding the positive or negative aspects of hookup culture is, once again, a conversation for another time, but there is still one more relationship-related effect of this gender ratio imbalance. Most women are unwilling to settle for men who are less educated, less intelligent, and less financially successful than they are, as they value the security aspect of a relationship on a psychological level. This can also be seen in women’s preference for taller partners; it relates to a primeval desire for physical protection. On the contrary, most men, whether it’s good or bad, prioritize beauty and youth. This too relates to instinctual desires to reproduce.

Are you catching onto the problem yet? With less men getting college degrees, there will be an ever increasing number of women competing for an ever decreasing number of high-performance men. The men below them don’t win anything. We’ll instead see more incels and more underperforming men. White-collar women already are unlikely to marry blue-collar men, and this will only increase with the higher number of white-collar women. This massive group of women will be fiercely competing for the only real winners in this scenario: the upper echelon of high performing men with master’s degrees who are able to outperform educationally, socially and economically the college-educated women. In the end, the most privileged and gifted men will be the only real winners.

So yes, the decreased enrollment of men in college is a bad thing for everyone. It is a sign of the failures of the modern American university and campus culture. It is increasing the propensity of women to act more like men sexually, which means fewer long-term relationships and a host of other societal problems. It is leading to a highly competitive future for women in terms of mating at the sole benefit of men who are already at the top. This is a crisis that needs to be solved, and changing the campus culture seems like a good place to start, before it’s too late.