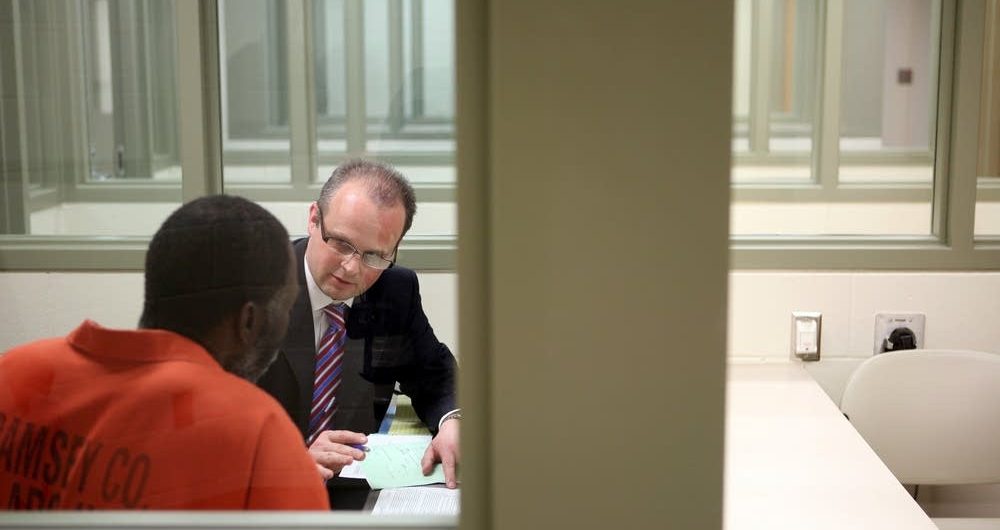 “Ask not what your country can do for you, ask what you can do for your country,” John Fitzgerald Kennedy famously uttered in his inaugural address. This is a valid statement. Beyond citizens’ responsibility to provide for themselves and their families, there is a need for people to work for the common good. Someone must serve on the front lines of combat, while others must attend to those who are starving. However, Kennedy’s call can be difficult to heed. Consider, for example, the legal field.

Imagine being a third-year law school student in the midst of deciding whether you want to work for a “BigLaw” firm, or whether you want to work as a public defender, representing American citizens who cannot afford legal services. In BigLaw, the average starting salary is $135,000, and the average fifth year salary is $172,000. Public defenders, who represent those who cannot afford legal services, make on average only about $47,500 coming out of law school, and $64,000 by their fifth year working. Now, imagine also being in over $100,000 of debt — the amount with which the average law student graduates. It would be difficult for nearly anyone in this situation to pass up the private firm wage and instead work for the public good as a public defender. Although private firm lawyers also play a role in society, there is an abundance of them; public defenders are scarce. This system under which we currently live is unfair because it makes it a difficult financial decision for people to provide a service that is vitally necessary to the United States.

The sixth amendment to the United States Constitution states that “in all criminal prosecutions, the accused shall enjoy the right… to have the assistance of counsel for his defense.” In order to provide appropriate legal counsel, a lawyer should be able to research and prepare for each trial, as well as meet with their clients several times to discuss legal strategies. The American Bar Association found that felony cases require about 47 hours of work to be prepared for effectively. Meanwhile, some lawyers in the country are spending a mere hour or even mere minutes on cases. Clients who have these lawyers providing them with less than adequate service are being denied their right to counsel. This problem is a direct result of the pay gap between public defenders and private law firm lawyers. Pay for public defenders is too low to attract the actual amount the country needs. As long as this pay gap remains in place, the United States will not be able to honor the Sixth Amendment and provide adequate legal counsel to all who cannot afford it.

However, this point is irrelevant if there is no reason to value the right to counsel in the Sixth Amendment. If the right is not meaningful anymore or important at all, then the United States should not be as worried about the lack of public defenders. However, the right to counsel is of great importance, and the reasoning for this is rooted in values that trace back to the earliest days of the America. The laws of the early American colonies were largely based on English common law. However, English common law held that those who were convicted of serious crimes would not be allowed to have attorney representation. With this rule in place, the defendant was at a severe advantage, lacking the legal knowledge of the prosecutors, which were a part of the government. The framers of the United States Constitution knew “the citizens were well acquainted with England’s history of government abuse in which people were subjected to unfair methods of prosecution and investigation, and left with no personal protections.” The citizens wanted a government that would guarantee them certain protections in trials, including the right to counsel. Therefore, the framers put forth the final clause of the Sixth Amendment, which guarantees the right to counsel to all.

However, this right to counsel was generally construed to mean “the government cannot prevent you from being represented by an attorney,” and not “the government will cover the cost of your defense attorney in any matter where you face potential time in jail.” This would change in 1963, when the Supreme Court held in Gideon v. Wainwright, that “in our adversary system of criminal justice, any person haled into court, who is too poor to hire a lawyer, cannot be assured a fair trial unless counsel is provided for him.” The Supreme Court leveling this decision made the provision of counsel to indigent defendants mandatory in all places in the country. This right has become an inexplicably federal one, despite not being treated as such.

This right to counsel is vital to the American republic because it provides citizens a protection against the greater power of the government. In 2018, that right has been eroded tremendously. With only 27% of county-based public defender offices and 21% of state-based public defender offices able to handle their caseloads while attorneys work at recommended levels, indigent defendants cannot receive quality legal counsel. This is a federal right and one that has been selectively incorporated into state law through the Fourteenth  Amendment; it should not be treated as something that is only the business of the state governments and localities. “No federal mandate on how states fund public defense” exists in the law. Many states fund public defense at the state level, but 19 have even shifted that responsibility over to the local level. States and localities do not have the ability to nearly eliminate many constitutional rights, like the freedom of speech, the press, or religion. They should not be allowed to essentially de-fund a right just as fundamental: the right to counsel.

The federal government must step in and take control of this neglected right; it should start with a federal mandate which forces states to provide a certain level of funding to public defense. In addition to this mandated pay increase, the federal government must be willing to foot the bill for a large portion of this, so as to insure that the states can successfully meet the required mandated level of funding the government will require. The level of funding required must be high enough so that more lucrative salaries can be provided to public defenders and more lawyers can be attracted to come serve in the job after law school or later in their careers.

Fiscal conservatives throughout the country will argue intensely against this proposal. They will ask how a country that is already eighteen trillion dollars in debt can afford to spend money on anything that can already be taken care of by the states. However, before not sufficiently funding a program that is absolutely necessary to the backing up of constitutional rights, the government should cut funding that goes to programs that are not requisite to defending constitutional rights. Another 20,000 (a number far higher than expected) public defenders making, for example, $80-90,000 per year would amount to an extra $800 million dollars in annual spending. This increase in government spending could be made up for by a mere 16 percent decrease in military spending. Although having a military is important to protecting constitutional rights as a whole, this barely tangible decrease in military spending is unlikely to cause any difference in the way our military can protect these rights. Sub-optimal public defender pay, does however, palpably affect the protection of the Sixth Amendment.

John Adams, the second President of the United States and a framer of its Constitution, remarked later in life that “a defense lawyer ought to be the last thing a person should be without in a free country.” In a country where 80% of those charged with felonies are deemed unable to pay for legal services, this right to an attorney ought to mean that indigent defendants are provided a lawyer by the government. Despite the importance of this right, the United States puts many things in front of it, spending only .0002% of its GDP on public defenders. Raising the salaries of public defenders nationwide should be able to assuage, at least in part, this public defender crisis that has affected many American citizens throughout the country, restoring the right to counsel that has been swept aside and bringing justice to the poor who are in need of legal representation.