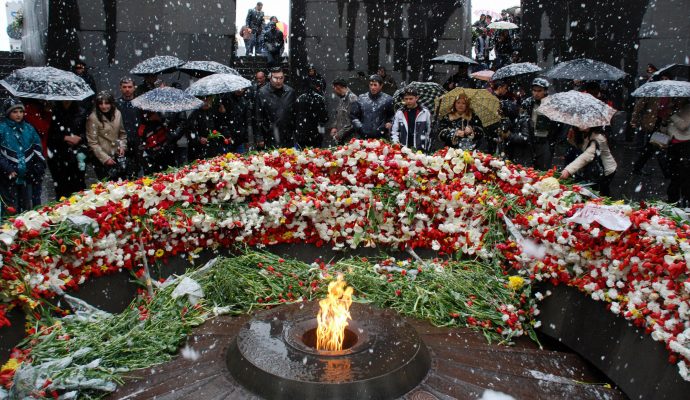 Yerevan, ARMENIA: People walk to pay their respect to a hilltop memorial for the victims in the Armenian capital Yerevan, 24 April 2007. Armenians today marked the 92nd anniversary of the killing of hundreds of thousands of their compatriots under the Ottoman Empire, an event recognized as genocide by many countries but a flashpoint in relations between Turkey and the West. AFP PHOTO / KAREN MINASYAN (Photo credit should read KAREN MINASYAN/AFP/Getty Images)