Strict Standards: Declaration of Custom_Menu_Wizard_Sorter::walk() should be compatible with Walker::walk($elements, $max_depth, ...$args) in /home/s2ncq8pxua8t/public_html/wp-content/plugins/custom-menu-wizard/include/class.sorter.php on line 0
 Political Brinkmanship: The Fight Over the Debt Ceiling – FORDHAM POLITICAL REVIEW
Skip to content
Latest News
What’s Wrong With Kamala Harris?
The Rittenhouse Trial: How the Media’s Myths Made a Minor a Monster
Our Criminal Justice System: Its Flaws and What You Can Do To Improve It
NYPD School Budget
The Virginia Governor’s Race and What it Means for the 2022 Midterm Elections 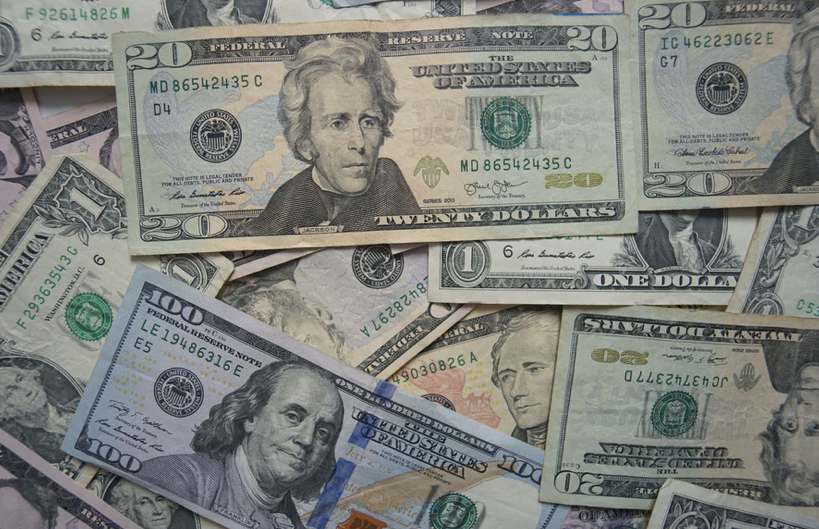 The United States’ national debt recently exceeded $28 trillion. This is a number that has grown rapidly in the 21st century, rising from $5.3 trillion in 2008 to $20.5 trillion in 2020. While this is an incredibly daunting figure to consider, it is important to note that the government’s debt is somewhat different from the debt of you or me. Of course, the notion that debt must eventually be paid back remains the same, but when the debt comes due, it can be replaced with newly issued debt, sometimes called “rolling over” the debt. However, there is also interest on the debt that needs to be serviced. In order to do this, additional currency will sometimes be printed, which is a process that the federal government has ultimate control over. According to the Saint Louis Federal Reserve, “It follows that a technical default can only occur if the government permits it.”

The United States has never in its history defaulted on its debt, but it is an issue that Congress is forced to confront on a rather regular basis when dealing with the debt ceiling. Established in 1917 through the Second Liberty Bond Act, the debt ceiling attempts to simplify the process of debt issuance, which is the aforementioned “rolling over” of debt. According to the Committee for a Responsible Federal Budget, the debt ceiling was first set at $11.5 billion, and in 1939, Congress created the first “aggregate debt limit” to cover almost all government debt, setting it at $45 billion. Furthermore, since WWII, Congress has altered the debt ceiling almost 100 times, and it has become something of a non-issue, as both parties usually realize that failing to raise it would result in catastrophe. Thus, every time the debt ceiling is close to being reached, the government will generally take action to raise it. The time has come for Congress to raise the ceiling again, as the Treasury Department will reach the end of the funds on hand in just a matter of weeks. There has never been a worse time for Congress to play a game of political “chicken,” as the livelihood of millions of Americans hangs in the balance.

According to CBS News, if the government does not raise the debt ceiling, social security payments would stop, federal employees wouldn’t receive income, pension payments to veterans would be halted, and Americans on food assistance would lose benefits. Furthermore, according to Treasury Secretary Janet Yellen, the U.S. failing to raise the debt ceiling and defaulting on its loans would “likely precipitate a historic financial crisis…with  billions of dollars of growth and millions of jobs lost.” Many would deem the 117th Congress responsible for the suffering of millions of Americans. Yet, at the time of writing, as the deadline to raise the limit looms larger and larger, Congress is busy squabbling amongst themselves. The House of Representatives passed a spending bill that would raise the debt ceiling and prevent a government shutdown in a 220-211 vote. All Democrats voted for it, and all Republicans opposed it. Getting the bill passed in the Senate will prove far more difficult, as Mitch McConnell has stated that Senate Republicans will not vote for a budget bill that has debt ceiling relief attached to it. Republicans instead would like Democrats to attach a raise to the debt ceiling to their budget reconciliation package–a move that would allow the ceiling to be raised without GOP support. Democrats want a bipartisan approach. Needing 10 Republicans to flip in order to pass the bill, Senate Majority Leader Chuck Schumer (D-NY) is criticizing the Republicans for “playing with fire and putting it on the back of the American people.”

While standoffs like this are certainly frightening, they are not an entirely new phenomenon. In 2019, Republicans supported a two-year suspension of the debt ceiling as part of a spending agreement with the Democratic party. This type of alteration is typically supported by Republicans when they are in control of the White House. Additionally, in 2011, with just the threat of failing to raise the debt ceiling, Standard and Poor’s downgraded the U.S. credit rating–a move reflecting the agency’s view of the lessened “effectiveness, stability, and predictability” of the US government’s decisions. Brinkmanship such as this seems to have become the norm in our politics, as we experienced the longest government shutdown in American history during Trump’s presidency, lasting 34 full days. The government was not always paralyzed by such messy fights in Congress. According to David Leonhardt and Ian Philbrick of the New York Times, the battles over government funding or raising the debt ceiling were “sleepy, technical subjects” for most of the 20th century. The politics that exist in America now started in the 1990s with then-Speaker of the House Newt Gingrich. Gingrich attempted to force President Clinton to cut several government programs, including social security. Although he failed, Republicans employed his tactics during the Obama administration. While obstructionism remains the same in this governmental battle, the Republican tactics are different.

Realizing that the Democrats are in control of the House and Senate, Senate minority leader Mitch McConnell (R-KY) is hoping to, as Leonhardt and Philbrick write, “make Democrats look fiscally irresponsible” by forcing a raise of the debt ceiling along party lines.  McConnell has stated that the Democrats have “an obligation to raise the debt ceiling,” in an attempt to remove Republicans from the battle entirely. It is a strategy rooted in McConnell’s view of how Americans perceive politics. McConnell explained that during the Obama administration, if the American people saw successful bipartisan efforts, they would attribute it to the President. However, if they saw messy and broken politics, they would blame the President. The Republican party’s strategy then became creating legislative ordeals surrounding the most routine governmental processes in order to distance themselves from the administration’s agenda. It is not a strategy concerned with serving constituents or helping to govern the nation, but a strategy concerned with power. In 2008, the campaign chairman for former House Majority leader Eric Cantor opened a presentation to Republican House leaders with the question “If the Purpose of the Majority Is to Govern…What Is the Purpose of the Minority?” His answer: “The Purpose of the Minority is to Become the Majority.”

The Republican party has no majority in Congress after losing three senate seats and gaining twelve house seats in the 2020 election. With their sights set not on pursuing policy change, but instead doing anything they can to regain congressional majority, the Republican party is stoking the lack of “effectiveness, stability, and predictability” that first led to the downgrade of America’s credit rating. The fight over the debt ceiling is another example of the Republican party’s sole focus being power. Yet, the consequences of this brinkmanship and obstructionism are truly frightening and would be catastrophic for the United States and its citizens.