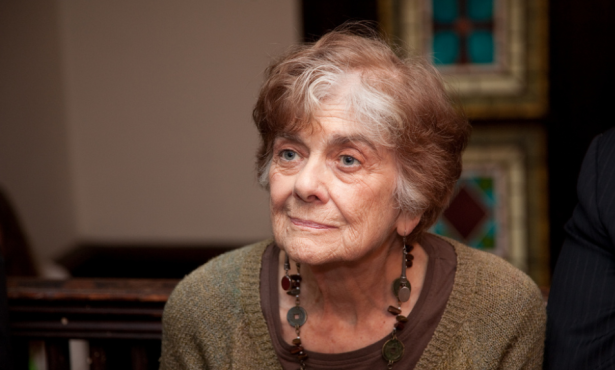 Frances Fox Piven is a social activist and professor of political science at the CUNY Graduate Center. She co-founded the National Welfare Rights Organization and the Human Service Employees Registration and Voter Education Campaign, which successfully pushed for the passage of the National Voter Registration Act of 1993. She has written 12 books, often with the collaboration of her late husband Richard Cloward, and currently serves as one of eight honorary chairs for the Democratic Socialists of America. Dr. Piven recently sat down with FPR columnist MacKenzie Stuart before speaking at a panel devoted to voter franchise at Fordham University’s Lincoln Center campus.

First of all, thank you for meeting with me today. I wanted to start off by asking a bit more about your background. So I know that you’ve been a social activist for decades, and your book Why Americans Don’t Vote was published in 1988, so I was wondering when was your interest first sparked by voter suppression, and have you had any personal experiences that have made you such a strong advocate for voter rights?

Well, I’ve worked with lots of groups of poor people, black people, and I know a lot about American history. In 1980, Ronald Reagan was elected president of the United States, and he was elected with rhetoric, which was intended to draw white Democrats away from the Democratic Party by making blacks the scapegoat of American politics, by talking about criminality and welfare and the Great Society and the Democratic Party as though they were all the same thing, and that thing was blacks. This was after a very long period beginning in the early 1960s in which we had felt we were making some progress toward a less racialized society and toward a more egalitarian society. And by we, I mean political activists generally, as well as a lot of academics who were committed to these issues.

So I had been working with movements until then – the welfare rights movement, the Civil Rights Movement, the tenants’ rights movement – but with the election of Reagan, suddenly electoral politics loomed very large. And I, together with my longtime collaborator, Richard Cloward, began to study election statistics both from the current election, 1980, and going way back in American history. And we came to the conclusion that Reagan had won the election not among those who were legally entitled to be in the American electorate, but he had won the election among actual voters. And actual voters were only proportioned something like 50 percent of the legally eligible electorate. Had he – had everybody voted – he wouldn’t have won. Because so many of the non-voters were poor people, and were black and Hispanic people.

So that led us into an inquiry. That isn’t true of all democratic countries. What was it about the United States and its electoral system that accounted not only for low overall participation in a major election, but for the skew of the participation toward better-off people and lighter-skinned people? And that involved the history of American electoral politics, the history of fights about the laws and the rules and the practices which would determine who got to register to vote and who got to actually vote. And we came to the conclusion that a very important part of the puzzle about America’s uniquely constricted electorate had to do with America’s voter registration procedures.

And those voter registration procedures had not always existed. They were sort of invented over the course of the second half of the 19th century, put into place at the very close of the 19th century. Before this, we had had a pretty robust electorate. Many more people participated. Once the system was in place, what it in effect did was it reincorporated the old property tests and literacy tests and racial tests through the registration process, even though these were no longer laws. Because the registration process could be twisted and skewed so that it was actually quite hard for a lot of people to register.

And since the Reagan era, have you perceived any improvements in voter suppression, or do you think it’s gotten worse – which way do you see it?

Well it got better, and then it got worse. But we actually succeeded in getting a national law passed, the National Voter Registration Act. By we now I mean not just us two [Piven and Cloward], but the groups that we allied with. And that law formally requires states and localities to register people to vote whenever they apply for a government social service. However, it’s not implemented. Because the politicians really don’t want it implemented. Or it’s rarely implemented, some do it in some places.

An electoral representative system (that’s what we mean by democracy) we don’t mean everyone gets up and yells and decides. We mean periodic elections for representatives, who are going to decide government policies. An electoral representative system is a kind of beautiful idea. It’s a dream idea. It grabs the hearts of people everywhere in the world and throughout history. People die for that idea. Because it’s the idea that ordinary people are going to control this powerful apparatus, this state that makes the laws, that controls the army, and so forth. And ordinary people will all have an equal say. They all have a vote and the vote will be equal.

First among the opposition. They want to depress, get rid of the people who are going to vote for the opposition. But they’re not particularly interested in having a very big electorate either. It’s more efficient, think of how much money they’re raising these days. Better if fewer people voted, it’d be more manageable. But especially it’d be better if the kinds of people that vote for the other side don’t vote. And this is particularly easy to do if the groups targeted for disenfranchisement, vote suppression, are sort of socially marginal. Because then they can’t rally everyone around the flag to defend their right to vote. And so that’s always been a problem in the United States. But we’ve become much more unequal. So the inequalities of the real world, outside this idyllic electoral representative system, are much more extreme and they are spilling over the wall into the electoral system.

You touched a little on propaganda and then of course with each political party trying to suppress voters who would vote for the opposite side. Donald Trump talks a lot about voter fraud that’s intentional, which experts have found to be extremely rare, almost nonexistent, but that’s a pivotal part of his campaign and a lot of his supporters agree with that. So why do you think so many Americans are skeptical of our voting process and think that it’s corrupt? Corrupt in the sense that people are trying to vote multiple times or pretend they’re someone else, when really there are just accidental administrative problems or, if anything, less people are going to vote, it’s not people voting multiple times for themselves?

Well I think it to some extent has to do with American history and all the stories, the folklore we all know, about machine politics, about bosses who stuff ballot boxes or throw ballot boxes into the river. Some of that happened during the machine era. But what’s instructive about that is that it wasn’t voter fraud. Voter fraud means fraud by voters. It doesn’t mean fraud by political bosses or by political operatives. And voters don’t really have any motive to commit fraud, because you could get into a lot of trouble – you could get thrown in jail, and for what?

And how much is voting five more times really going to affect anything, right? More trouble than it’s worth.

Yeah, right, and so they don’t do it. And there are some mistakes. Sometimes people don’t understand that if they asked for an absentee ballot they can’t change their mind and also vote. I mean there are a lot of errors in the system because it’s 50 states and 3,000 counties and a lot of old people are running the elections, so of course there are mistakes. But then there is the real voter corruption, which has to do, I think, with the fact that we make it hard for working people to vote because Election Day is not a holiday. We make it hard because there are longer lines in neighborhoods where socially marginal people live. We make it hard, I mean we make it increasingly hard, because we introduce voter ID requirements, or bring-your-citizenship-papers requirements, and politicians know what they’re doing. They really do know what they’re doing.

So even though they say this is absolutely necessary to ensure the integrity of the election because there’s a risk of voter fraud, but they know exactly what they want to happen. And in fact you can even say a lot of ordinary people are also in on the game. Because in some places, when there’s been egregious voter suppression laws passed, turnout has actually been stimulated by anger at those laws. But over time that’s not what’s going to happen.

Thank you so much. I really appreciate it.

Great talking with you.