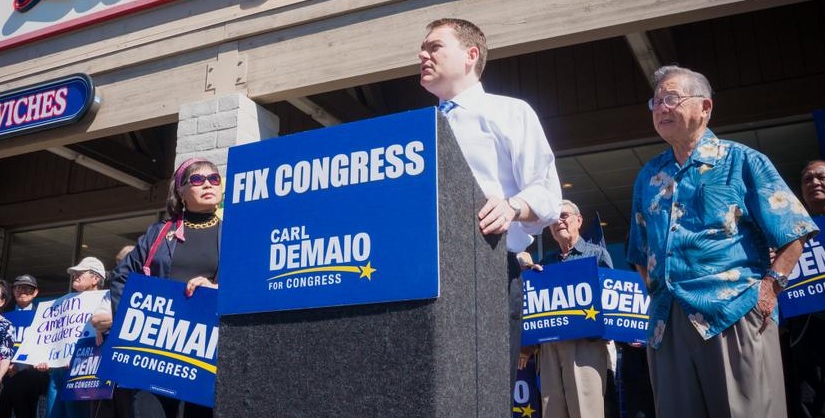 Although our biennial midterm elections include the House the Representatives as well, coverage of the lower chamber has been minimal this cycle. All eyes are on the U.S. Senate and whether Harry Reid’s Democratic Party will cling to its slim majority or if the GOP will win the net six seats needed to flip control of the upper chamber. Polls certainly point to the latter case being more likely, but with a month to go until Election Day, both possibilities remain viable.

This cycle’s anecdotes of intrigue are invariably Senate-focused: whether Kentucky Democrat Alison Lundergan Grimes is or is not President Obama, Iowa Republican Joni Ernst’s propensity for cutting pork or if former Massachusetts Senator Scott Brown can find déjà vu all over again in New Hampshire. A quick look at the Real Clear Politics polling average reveals a fascinating narrative emanating around control of the Senate, an institution which has stolen the spotlight from the House this election year.

But as dominant a role that Senate control has played in 2014, the House has gained some media coverage.  While the Senate is being viewed more comprehensively — with a litany of state races playing a paramount role as to which party runs the upper chamber come January — the House picture has been covered with more nuance.

With Republican control of the House more than fairly likely to continue into the 114th Congress, what focus there has been on the House has been tethered to particular races of interest. These include Georgia’s 12th District, where incumbent Representative John Barrow, the last White Democrat from the Deep South to hold a seat in Congress, seeks to fend off a challenge from his Republican contestant. Another race of note is Idaho’s 4th District, where Mia Love is poised to become the first black Republican woman elected to Congress, as she holds a healthy lead over her Democratic opponent.

Serving as a counterpoint to the polarization that characterizes U.S. politics is California’s 52nd district, where an unusual pair of candidates is vying for the same Congressional seat. The contestants are a gay, socially liberal Republican and a centrist, pro-business Democrat and with party politics mundanely partisan these days, the San Diego centered 52nd district is a fascinating anomaly.

In a July 12th feature in National Journal, the district’s Republican candidate Carl DeMaio relates the GOP’s futile obsession with social issues. Fully aware that “the party’s opposition to gay marriage costs Republicans votes,” DeMaio offers some compelling advice for the modern Republican Party: “There’s a new generation of Republicans coming up that says on social issues, leave us alone…That’s where the country is.” The former San Diego councilman is one of three gay Republicans running this election cycle, along with Richard Tisei in MA-06 and Dan Innis in NH-01 (who lost that state’s primary to former Rep. Frank Guinta). All three candidates have voiced their support for marriage equality and LGBT rights, and DeMaio in particular has stated that “he’s fully prepared to challenge his fellow conservatives when they say something ignorant.”

While National Journal’s profile shows DeMaio to deviate significantly from GOP social orthodoxy, it also shows a Republican candidate who, fiscally speaking, is a Republican. Part of the candidate’s platform is public sector pension reform. His goal is to nationalize sweeping measures he championed as a councilman, in which he helped save San Diego’s underfunded pension system by transitioning it into a 401(k) system. His conservatism spills over into other fiscal areas as well. One of the biggest issues spurring the candidate to run in the first place was his alarm at the country’s $17 trillion debt. Furthermore, his campaign website stresses his desire for a simpler and flatter tax code in an effort to spur job creation and create economic prosperity. Leaving social issues aside, DeMaio molds himself a credible fiscal conservative, and when one considers his willingness to buck anti-gay elements within his own party, he is a much more palatable Republican candidate to the average voter.

Perhaps even more important than DeMaio’s divergence on social issues is his opposition to the Tea Party. Stating his willingness to take on this far right caucus within the GOP, he sums up the movement rather succinctly: “They sit there and beat their chests about how pure they are, but they don’t get anything done.” By espousing the virtues of obstructionism and incendiary attacks on President Obama, the Tea Party and the outside spenders that prop them up have become one of the biggest roadblocks towards enacting conservative policies, and they are an effective electoral straw man for Democratic operatives.

Taking on the Tea Party has become an essential part of any rational Republican’s campaign platform outside the most conservative districts, and DeMaio has followed suit. A recent campaign advertisement highlights his efforts to fix a broken Congress by “taking on extremists in his own party with a steely resolve to stop their divisive agenda.” He has molded himself into quite the formidable candidate in California’s 52nd District, a reality not lost on his Democratic opponent, incumbent Representative Scott Peters.

Scott Peters, also a former councilman in San Diego, currently represents the district that DeMaio is seeking this November. And like his Republican challenger, he often finds himself at odds with the more partisan voices in his own party. Peters is a member of the New Democrat Coalition, which calls itself “the pro-growth, fiscally-responsible wing of the Democratic Party.” Ideologically, this group is the Democratic response to the Republican Mainstreet Partnership, a lobbying group devoted to electing pragmatic, moderate conservatives who are more concerned with governing than appeasing partisan interests. Peters has embraced such pragmatism in his first term as a Congressman, representing CA-52  — a geographical area having constituted much of California’s 50th District prior to a recent redistricting — during the district’s first term in existence.

Underscoring the Democrat’s business-friendly stance, Peters won the endorsement of the U.S. Chamber of Commerce in early September, a rare prize for Democrats. The leading business lobby in America almost invariably chooses Republicans come election season, and generally only sends endorsement letters to a small group of Democrats (a list which, in addition to Peters includes Louisiana Senator Mary Landrieu, a centrist Democrat who supports construction of the Keystone XL pipeline). As reported by the Los Angeles Times, Peters hailed the endorsement as “evidence that the chamber recognized his efforts to work with both major parties to create jobs and boost the economy.” That is the opposite of what Congress is doing these days.

Peters’ record in Congress shows the Chamber endorsement to have at least some merit. During his first term, Peters introduced a bill to decrease federal debt by amending the Congressional Budget Act of 1974 to establish a debt stabilization process. He also introduced a bill to make permanent the Research and Development Tax Credit, a measure expected to generate 150,000 jobs and increase GDP by $66 billion should it ever pass. Showing his willingness to break with his own party, Peters has sought a repeal of the medical device tax, the 2.3 percent excise tax imposed on medical device manufacturers by President Obama’s signature legislative achievement, the Affordable Care Act.  While running away from Obamacare has been a common theme for Democrats this election year, especially those defending seats in red states, Peters first called for an end to the medical device tax in February of 2013, well before election time, indicating his centrism to be more genuine rather than motivated by election year politics.

In a recent debate hosted by NBC 7 San Diego, both candidates sought to undercut one another’s crafted image of moderation. While Peters tied DeMaio to the Tea Party, the latter blamed the former’s liberal governance as a councilman for creating San Diego’s pension crisis. Because statesmanship and willingness to break with party allegiance have been such dominant themes in this race, these attacks are politically understandable. And to be expected, this display of mudslinging is likely to continue up to Election Day, in a House race that has otherwise had a lot of encouraging elements to offer. A recent poll shows Peters up by one point in an election poised to be one of the closest in the nation.

Unfortunately for those of us who espouse the political center, the CA-52 race has been overshadowed by the race for Senate control. But while America eagerly watches to see whether Harry Reid keeps his title as Majority Leader in the United States Senate, a Congressional District in Southern California will perform an exercise in political levelheadedness. Come January of 2015, CA-52 will be represented by either a socially liberal Republican or a market-oriented Democrat. Whether Democrats or Republicans control the Senate at the time, political pragmatism will have won out in San Diego.