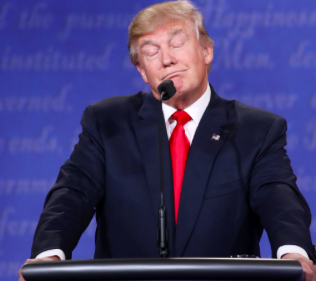 On April 6, the Department of Health and Human Services released a report revealing that many hospitals in the United States are still suffering from shortages in testing and medical supplies. In response, President Trump denied the validity of the report on the grounds that the person who issued the report served under the Obama Administration. To most people, this did not come as a surprise; the current administration is notorious for denying facts and spewing blatant lies. While Trump certainly is not the first politician to lie and deceive, he has definitely perfected it. His campaign successfully capitalized on a larger trend in politics around the world, the movement away from truth. In modern political discourse, it seems as though everyone is working from different frameworks. One’s conception of world events is dependent upon the information they choose to believe. It’s obvious that post-truth is an extremely bad thing for humanity, and, during a crisis like this, it can be deadly.

Post-truth is not a new concept, but it has become more prevalent with the popularization of the internet and social media. In his 1873 essay, Truth and Lie in an Extra-Moral Sense, Friedrich Nietzsche posits that humans create facts through the use of storytelling. Truth to an individual is dependent upon the narratives they tell themselves about the world. In other words, the facts that people internalize are only those that support their preconceived notions about the world. While examples of this can be seen throughout history, one’s ability to ignore “inconvenient” truths has been exacerbated by the internet. In the age of print and broadcast media, the facts surrounding a particular world event were standardized because most people received information from the same sources. However, in the age of the internet, people can pick and choose their desired news outlets. If one tries hard enough, they could find a news article supporting virtually any point of view. There is no longer a universally shared construction of reality. In 2016, the problem of post-truth became apparent with the election of Donald Trump: his campaign perfectly exploited this phenomenon. His campaign would spew blatant lies and not lose support, reporters would call out his fabrications, but it would scarcely matter. To be clear, Donald Trump did not invent post-truth, he is simply the natural conclusion of it.

Without a shared construction of reality, the world can not improve. If we can’t agree on the problems facing society, then there is little chance of solving them. I won’t claim to know how to fix this problem on a societal level; this issue is far too complicated for me to give some definitive solution. However, in the context of the coronavirus, one solution would be to trust medical experts and to hold our politicians accountable for not trusting in science. Lies and deception can not govern our actions in a time of crisis. The Chinese government has already shown us the consequences of operating from lies and deception. Their concealment of the virus outbreak prevented an early intervention and has cost the lives of thousands. If humanity is to overcome this crisis, we must rely on a shared construction of reality provided to us by science.