Strict Standards: Declaration of Custom_Menu_Wizard_Sorter::walk() should be compatible with Walker::walk($elements, $max_depth, ...$args) in /home/s2ncq8pxua8t/public_html/wp-content/plugins/custom-menu-wizard/include/class.sorter.php on line 0
 Propaganda? Just Say No – FORDHAM POLITICAL REVIEW
Skip to content
Latest News
The Right is on the Rise in the U.S. But it’s Failing Elsewhere.
Race and Wrongful Convictions
Midterm Elections to Test Trump’s Influence on Republican Party
A Story You Might Have Missed – A Climate Activist and the Supreme Court
A Step in The Right Direction: What Biden’s Reaffirmation of the Armenian Genocide Means for the Future of Human Rights 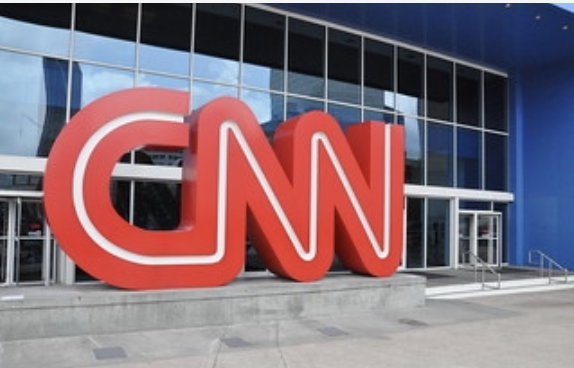 Recently in my “Evil, Vice and Sin” philosophy class, we discussed the nature of propaganda and its effects on people. To those who know me, this will be no surprise, but I had a cynical take on the topic. Essentially, my understanding is that propaganda neither works in the traditional Hollywood sense nor is it necessary, given the violent and selfish nature of human beings. The latter is a discussion for another time, but the former is the topic of this piece.

The very word “propaganda” has lost pretty much all meaning and has become a bit of a buzzword these days. Think of it like racist, sexist, or any other litany of “ists” and “isms” someone can be called. When everyone is called these things, they lose any sort of weight and meaning they may have once had. In a twisted sort of irony, however, the very gutting of all meaning from the word “propaganda” is proof of its very existence. Truly, what else but propaganda could have turned an odious and appalling term like “fascist” into the semantic equivalent of a playground insult like “meanie” or “jerk” which is lobbed at others with the ease of a first-grade softball pitch? This deemphasizing of the word is the work of flagrantly obvious agitprop.

It’s clear to anyone not living under a rock that few people trust the mainstream media, and can they be blamed? Media outlets have devolved into such cesspits of propaganda that few take them seriously. That’s the problem people have with them: not that they’re opinionated but that they pretend they’re not. I’ve heard many a liberal whine about the bias of Fox News, but at least Tucker Carlson, Sean Hannity and the others at Fox all make clear that they are opinion sources. They don’t claim to be anything more than opinionated takes on politics. Meanwhile, the “Most Trusted Name in News,” CNN, has their anchor Don Lemon say that he “does not do opinion,” then spend the running time of his program pushing his opinion and Democratic Party talking points. It is this exact partisan pursuit that has seen trust in the news media as a whole plummet. But that doesn’t matter to CNN and mainstream outlets like them. Their objective isn’t to provide objective news; it’s to promote propaganda.

The Soviet Union employed one of the most infamous examples of ubiquitous propaganda, but it didn’t operate the way Hollywood has portrayed it. It wasn’t like the “Two Minutes Hate” from Orwell’s 1984; it was much more effective than that. One of the most famous Soviet refuseniks, someone who was refused the right to emigrate from the USSR, is Natan Sharansky. In an interview with the Wharton School of Business at UPenn, he had this to say about Soviet propaganda:

I was a loyal Soviet citizen until the age of 20. What it meant to be a loyal citizen is to say what you are supposed to say, to read what you are permitted to read, to vote the way you are told to vote and, at the same time, to know that all this is a lie.

The success of Soviet propaganda is achieved through the same methods that the modern mainstream media is using today. Its purpose is not to convert one to a cause, although that is a happy side effect with the more feeble-minded of the general populace. No, its true purpose is to demoralize whomever the propaganda is directed towards and confront said people with a message every rational person knows to be incorrect. Yet, it is demanded that we all acknowledge this propaganda as truth. If not, we are shunned from society, deprived by a mob of useful idiots of our employment and status, and our personal relationships are ruined until we give in. A perfect example is the “Fiery, but Mostly Peaceful Protests” chyron from CNN during the Kenosha riots. As peaceful as the daytime protests were, the destruction in clear view of the camera shows the different beasts that were the nighttime riots. Deny the blazing inferno behind the reporter, and you are attacked and deemed an enemy to the cause in an attempt to demoralize and force submission.

That’s the evil efficiency of propaganda. It’s not even supposed to be particularly persuasive, and that’s why it works so well. Its true purpose is to create a never-ending barrage of countervailing views that relentlessly beset the mind and psyche of whatever group presents a threat to those in power. A perfect example of agitprop is the so-called insurrection in the Capitol building on January 6, 2021. Those people who entered the Capitol have been labeled “domestic terrorists” by the government and mainstream news media, despite the fact that not a single one of them has been charged with that crime. The DOJ says every single one of these people were violent, dangerous insurgents in order to justify their gross mistreatment in Washington, D.C. jails (so bad that even Democrats like Senators Warren and Durbin fought against their mistreatment), only to convict them of simple misdemeanor trespassing charges like they were a Fordham student caught sneaking into the Keating Hall bell tower.

But that’s the point, isn’t it? It’s not meant to convince you of the truthfulness of their labeling of these trespassers as domestic terrorists. The point of their propaganda is to persuade you that you are alone and hopeless. The sharks are circling, and you are out of ways to defend yourself. But here’s the kicker: it’s not true. The whole reason they have to say and push these lies is that they aren’t true. The fact those in power in the government and mainstream media need to even create such obvious propaganda is proof positive that just one person has the power to make their world come tumbling down like the walls of Jericho. We the people have the power to ruin everything the elites who despise us stand for. That is simultaneously the power and purpose of propaganda, as well as its Achilles’ heel.

Much like the everyday Soviet citizen, we aren’t fooled by the agitprop itself; we can see right through it like glass. We must do like they did and smash the illusions erected by propaganda. So to all the quitters and “doomers” out there, stop sulking and admitting defeat. It’s time we stand up to the evil of authoritarianism plaguing our country. I’m calling on all Americans, regardless of political beliefs, to stand up against authoritarianism and the propaganda perpetuated profusely by political pundits. Don’t let the elites in the government and media demoralize you and push their agenda; let’s all get behind the truth, facts, and reality. Either work with us for truth and justice, or get out of the way, statist apologist. To quote our beloved, bifocal-wearing Bay Stater Ben Franklin, “Join, or Die.”