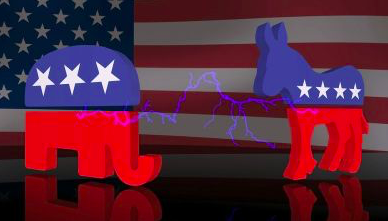 Our political parties cannot even agree on what the “Good” is. Is the “Good” maximized economic freedom, or is it the construction of a welfare state? Do we have a healthcare system that prioritizes quality of care and commensurate physician compensation, or one that maximizes access and lowers costs?

Of course, if there were already significant moral agreements and shared values between the two parties, optimal policy solutions could be easily identified by their abilities to achieve mutually-shared goals. But there is not. Underlying every specific policy debate, however technical or esoteric, is a debate and these values are divergent. Take immigration, for instance. The left supports weakening restrictions on border crossing and creating easier pathways to citizenship for illegal immigrants, whereas the right wants to tighten immigration through a myriad of policy decisions like the construction of walls and increasing funding to relevant enforcement agencies. In the pursuit of a triumphant policy, both sides look at empirical figures. But what really underscores this entire policy debate is a difference in values. The left, in pursuit of egalitarian interests, wants a society that is maximally inclusive and diverse. But the right prioritizes the role that steadfast laws play in maintaining societal order and the challenge to national identity that uninhibited pluralism brings.

Any partisan policy or legislation can be reduced, eventually, to a value or belief that its adherents view as self-evident. It cannot be justified further – it just simply is, and is held by some because it is emotionally resonant with them. Why does someone believe that healthcare is a human right? There is no external justification for this view (divine or otherwise), and the entire concept of human rights is a purely secular construction. Who gives us these human rights? That is not to question whether they are objectively right or wrong (if such objectivity exists) but rather to suggest select values are understood as truth only because some intrinsically believe them to be the righteous preference.

What this exercise tells us is that neither the right nor the left has a monopoly over truth or over any sort of exclusive knowledge that the other does not have. We cannot rationally derive an intellectual superior politic because politics is not a rational exercise.

There has been an interesting scientific inquiry into the role that psychological orientation plays in political belief. A well-cited 2011 neuropsychological study found that conservatives have greater brain volume in the amygdala and insula, meaning that they are more sensitive to fear stimuli, uncertainty and feelings of disgust, which, of course, would explain an inclination to prefer policies concerned with threat-mitigation. Liberals, on the other hand, had greater volume in their anterior cingulate cortex, associated with tolerance of uncertainty and ambiguity. This theorization, albeit a little pessimistically deterministic, lends us to believe that nuances in brain structure and their associated emotional function can map roughly onto partisan preference. Another study from 2011 found parcels of evidence that there is a heritable component to ideological leanings and, perhaps, even a number of genes that can be specifically isolated. A 2010 psychometric study found that right-wingers “were more likely to report larger social networks” and be generally happier while liberals “reported greater emotional distress, relationship dissatisfaction, and experiential hardships.”

Of course, relying too heavily on a model of biological determinism obviates the significant role that personal experience and environmental conditions play in such developments. Nonetheless, this research, albeit fledgling and recent, is instructive. There may be more factors operative in ideological preference than appears on the surface.

Theoretical speculation and experimental evidence suggest that our political opinions are reducible to core, nonrational value preferences that are informed, in part, by certain psychological traits. We hold our specific sets of values which, in turn, aid us in selecting our political views– that results in how we think, feel and experience the world. Perhaps these are essential points to recognize, lest we be carried away operating under the belief that our side is righteously rational.