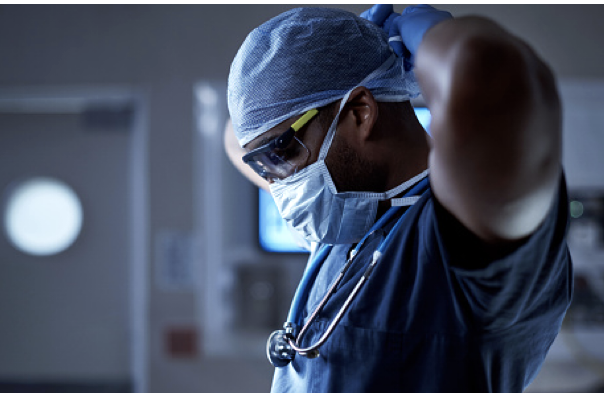 Since its inception, the American medical profession has been in a constant battle against addressing racial inequality. In the mid 20th century, most of this discrimination took the form of the American Medical Association (AMA) systematically excluding African American’s from receiving membership, along with states prohibiting blacks from practicing medicine. Of course, these practices have long been outlawed, but what remains in their place are de facto forms of discrimination, which are most prevalent in medical school and medical school admissions.

The problem of discrimination in medical school admissions is threefold. In the most recent statistics from the Association of American Medical Colleges, on average, African Americans were rejected from medical school at a rate about 3% higher than the average student. Furthermore, among those students who were accepted, those same students matriculate at a rate 2% lower than that of the average student. Lastly, we see these two factors result in only 6.2% of medical school graduates identifying as African American or black.

So, how do we solve this inequality and discrimination in medical school admissions? First, it is imperative that when proposing any solution, we consider two things. First, it must increase African American representation in medical school and the number of graduates who are African American. Second, it must, at a minimum, have the potential to receive bipartisan support.

To those familiar with the legislative history or politics in general, they almost certainly consider the possibility of affirmative action policies. These are governmental, and sometimes institutional requirements, that allow for the race of the applicant to be considered in the decision-making process. These types of policies have gained significant traction over the years, partly because, as a study out of UC Davis Medical School has shown, there is a strong factual argument to be made that they increase African American representation in higher education, including medical school. However, where this proposal fails is where it becomes partisan. Affirmative action is still politically unpopular and has resulted in controversial and split decisions in the United States Supreme Court. Furthermore, these issues are still being raised with new cases being filed every year.

Therefore, I propose an effective and bipartisan measure, and that is to increase the funding of Historically Black Colleges and Universities. These institutions have consistently produced successful medical school students at a disproportionate rate when compared to other institutions. For example, 70% of African American physicians and dentists earned their degrees from an HBCU. Additionally, despite only accounting for 3% of undergraduate institutions, HBCU’s accounted for 17% of schools sending the most African American students to medical school. Therefore, by increasing federal funding to these institutions, it would allow for them to expand their undergraduate and graduate programs and produce more students who have a higher chance to succeed in medical school.

Furthermore, when looking at this solution from a political perspective, we see that it is likely to gain support. Going off of the two most recent administrations, it is clear that the federal funding of HBCU’s is one of a select few measures that remains bipartisan. In 2019, Donald Trump signed the bipartisan FUTURE Act, which provided 250 million dollars to HBCUs. Now, under the Biden administration, the President has announced his intention to increase the funding of HBCUs.

Of course, nothing can be assured. It is possible that this proposed plan may not receive the support it needs. However, we should feel confident that our past data indicates a high chance of success for this to receive bipartisan support as well as increase African American representation in medical school.