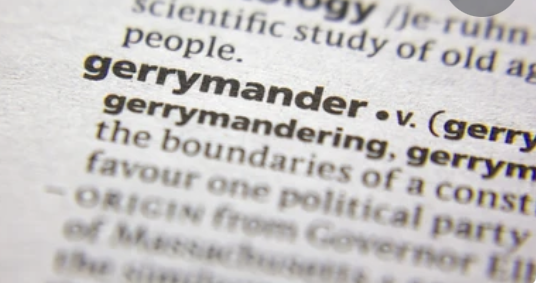 A little-known process is in the works in the United States. It rarely makes headlines – only in the most egregious of examples. Yet, it may be the most undemocratic and most corrupt of all of the American political processes. With the 2020 Census data delayed to late August and in compliance with deadlines outlined by the Constitution, states must now begin the process of redistricting: creating maps for state and congressional districts for the next ten years.

All states have differences within their processes – different timelines, frequencies, and lengths for public hearings.  Moreover, some have state legislatures that handle the process,  while others have independent or non-partisan commissions take the role. But it is certain that similarities exist. Nearly all state bodies and commissions engage in some degree of partisan gerrymandering: the redistricting of congressional borders for party and incumbent benefit. This process is highly undemocratic and never reflects the will of the people. However, it is essentially legal in the eyes of the Supreme Court.

This article will focus on where redistricting becomes most horrific and discriminatory – the racial gerrymandering undertaken by many southern states and their redistricting bodies.

Let’s begin with Alabama. For a 2-week period in September, Alabama held public hearings. These hearings ran at 9 a.m., 11 a.m., 1 p.m., and 3 p.m. daily for these two weeks, with a singular hearing at 6 p.m. Happen to see any problem with these times? The morning and afternoon hours selected by the Alabama legislature were nearly all during the typical nine-to-five working hours – times when very few members of the public could provide their thoughts on the redistricting process.

The proposed maps in Alabama reflect those of a commission that does not want any public opinion on the matter. The proposed congressional map would split Montgomery County – a current and historically black district – into three districts to dilute the voting power of Montgomery’s black residents. Unsurprisingly, racial gerrymandering is nothing new in this state. In 2011, a federal court found that Alabama legislators engaged in a racial gerrymander by increasing “the concentration of black voters in several districts to more than 75%.”

Texas finds itself as another prime example of how anti-democratic and discriminatory the process of redistricting can be. From 2011 (the last period of redistricting) to 2020, Texas had the most significant overall growth of population – 95% of which occurred in minority communities. In response to that growth, the Texas State Senate removed the state’s majority-black district in the new congressional maps and even added more majority-white districts. Both Congressional Districts 9 and 18 had elected black Representatives, but the proposed map pairs the two representatives together in the new Congressional District 9.

The Texas Legislature has frequently been accused of using racial and partisan gerrymandering to limit the influence of minority voters in their state. The local news station Spectrum News 1 perhaps summarizes Texas’ past redistricting efforts best: “Texas has been found in violation of the Voting Rights Act of 1965 because of intentional racial discrimination every decade since its enactment.” Almost laughable is the design of Rep. Dan Crenshaw’s district – purposely drawn to exclude black and Hispanic voters and include rural Republicans.

See, gerrymandering presents itself as a problem unlike any other. Organizations, politicians, and others can mobilize every single voter in a district. But, if a district is packed full of minority voters or stretched too thin, it will make no difference to whoever is eventually elected. Upon passing, these maps and districts will remain the same until the next redistricting cycle in 2030. Communities of color, growing at an unprecedented rate in many areas of the Deep South, will remain marginalized and purposefully excluded by the political process.

While the coverage of this process will always be underwhelming, the ramifications are of the utmost importance. Participate in public hearings, hold your elected officials accountable, fight for fair maps, and force legislators to truly listen to the opinion of the public. As we hear much too often these days, our democracy is in peril, and gerrymandering will only compound this anti-democratic movement.