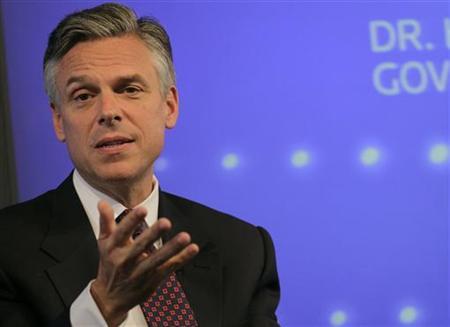 In politics, connection with voters is everything. A candidate’s ability to relate to his or her voters is something that keeps campaign managers and the political consultant class up at night, and is a finicky force that can make or break a nominee regardless of how he or she might look on paper. If voters feel comfortable enough to place trust in the candidate, checking a box next to a name on a ballot becomes as easy and natural as texting a friend to catch a movie. Outside of the Beltway, Americans connect with each other on a human level. We spend our days interacting with people, not candidates, and want to view our president as more than a successful politician.

This is where the modern Republican Party has a problem as big as the elephant that symbolizes it. The failure to connect with the majority of average Americans is a problem that runs deep, and is one that must be fixed. Out of the last six presidential contests, Republicans carried the popular vote only once. For the GOP, the problem is systemic, and is not confined to a single election year or candidate. Baggage now comes with having an (R) next to your name on the national stage, and the GOP has largely been ineffective at combating this. With a Pew Research poll finding a mere 37% favorability rating for the Republican Party, the GOP will have to sober up if it intends to win back the widespread trust of the American people. On top of providing pleasant and persuasive packaging for bread-and-butter Republican policies, the GOP must show the American people that they are capable of offering proactive solutions that can serve as viable alternatives to Democratic offerings, and be willing to demonstrate how they too are working their hardest to improve the country we all call our home.

During the 2012 Election, the issue most consistently chosen by voters as the number one issue facing the US was the economy and the man America felt most comfortable addressing the country’s economic maladies was Mitt Romney. But come November 6th, Americans once again chose Barack Obama to lead the country. What happened?

Voter connection happened. Or lack thereof, rather. Romney’s economic skill set was systematically tainted with ruthless efficiency by the Democratic National Committee, which painted him as the living embodiment of soulless corporate greed. Rather than a no-nonsense Mr. Fix-It whose managerial skills and financial acumen would breathe new life into an anemic economic recovery, Mitt was presented to a large portion of voters as the equivalent of a modern day J.P. Morgan; someone so detached from the struggles of daily life that he would leave American workers out in the cold in the name of profit margins. If elected he would destroy jobs in the heartland by allowing the auto industry to collapse, outsourcing careers to foreign countries and slashing safety nets essential to the poorest in our country. Bain Capital, rather than being a private equity engine of net-growth and a potential Romney asset, became as dirty a name as Enron. When all was said and done, you would almost feel grateful if you were among the 47% Romney could care less about…maybe he’d look you over.

So the Democratic narrative went.

And voters reacted accordingly. In a Washington Post poll, respondents felt that Barack Obama better understood the financial hardships hitting Americans than Romney (49-37%), even though those same respondents felt Romney was better equipped to handle the country’s economic troubles (47-43%). A Public Opinion Strategies poll found that the most important qualities in a candidate to voters were: vision for the future; shares my values; cares about people like me; and strong leader. Romney won three out of the four, losing decisively in the ‘cares about people like me’ category 81-18%.  People couldn’t bring themselves to vote for someone they felt wouldn’t have their backs—even if they thought him to be more qualified than the other guy.

Some of this was attributable to GOP presentation, which hammered Obama on things like his “You didn’t build that” remarks and propped up a steady supply of business owners to counter the President’s economic agenda. Not once did the GOP prop up an employee who benefited from the existence of a small business (which comprise 99.7% of US employer firms), choosing to instead focus solely on the people that own the businesses. Republicans need to show how their economic policies positively affect working Americans. The case needs to be made for a resurgence of blue-collar conservatism, a conservatism that acknowledges that the GOP needs the support of those working Americans to become relevant again. To recapture this brand of conservatism, the GOP must focus on the demonstrable real-world results of the policies they support, making a direct connection between the Republican vision for America and the average citizen and clearly explaining and articulating what that vision is on the GOP’s own terms.

A change in perspective and presentation has the potential to salve many of the maladies plaguing the Republican Party and can be a core reforming mantra for other GOP policy areas in addition to economics. If policies, both old and new, are explained and implemented with clear eyes, and the new attitude embraced with a full heart…Republicans would be hard pressed to lose.

In order to genuinely capitalize on a new attitude, however, Republicans will have to show working Americans that they are ready to, well…work. Approval ratings for Congressional Republicans are at a dismal 23% according to a Pew Research poll, and the aura of general dysfunction after the government shutdown still hangs heavy in the minds of the public. The GOP is quickly becoming the party of “No”, a distinction unbecoming of any major political operation. What the Republican Party needs to do is generate more proactive policy solutions to provide genuine alternatives to voters, highlight new constructive developments in legislation, and accept the realities of being the minority party by embracing incremental gains.

Faint heartbeats of this approach to governing can actually be found in the current GOP, but are either not being talked about or are encountering unnecessary obstacles. For example, an issue Republicans usually get attacked on is the environment: they are shown as reticent to change, and often accused of denying scientific facts concerning climate change. Regardless of scientific findings, this is a missed opportunity for the GOP to be a proactive leader and make gains with growing voter demographics.

Former Ambassador to China and two-term Republican Governor of Utah Jon Huntsman has stated that the US could potentially enter into a new industrial revolution, fueled by the prosperity of a more business-friendly market created by reigning in the budget and reforming entitlement programs. Furthermore, Huntsman has stressed the acceptance of natural gas as a transitional product, allowing private corporations to pursue innovative solutions for our dependence on fossil fuels and take the US leaps closer to achieving true energy independence. If the GOP focuses on the economic and industrial potential of alternative energy and high-tech infrastructure, while highlighting its environmental benefits, it could provide an alternative mindset to addressing climate change that is consistent with Republican economic thought and starkly different from the traditional Democratic approach to environmental regulation.

Another issue Republicans can hit home on is that of economic mobility, which has recently achieved a higher profile in the national discussion. Kansas Republican Senator Jerry Moran rightly observes that this is an opportunity for the GOP to shine, as improving one’s economic standing through personal merit is bread-and-butter Republican ideology. Sen. Moran has worked with Democratic Sen. Sherrod Brown of Ohio on the American Savings Promotion Act, a bipartisan bill that would aide families in planning for a secure financial future through prize-linked savings accounts and promoting personal fiscal responsibility (and gives Republicans an alternative perspective to addressing the issue of income inequality).

There are other current developments to craft alternative solutions as well. For instance, Ohio Sen. Rob Portman’s initiative for bipartisan prison reform focuses on reducing recidivism rates by incentivizing programs that would help make inmates productive and self-reliant members of society upon release, easing the financial burden on the Department of Justice in the long term.  Kentucky Sen. Rand Paul has promoted a greater emphasis on school choice as part of a larger attempt to increase outreach to minorities. A Republican alternative to the Affordable Care Act was teased earlier this year, but has dithered and seemingly faded away from the public consciousness.

Furthermore, until Republicans regain either the White House or both chambers of Congress, the prevalent anti-compromise attitude must be stamped out. It is tough to advance your party’s agenda when you only control the House of Representatives, and worrying about facing a primary challenge from the right because you tried to accomplish some of your goals but failed to get all of them is a hindrance. The lashing Rep. Paul Ryan took by outside right-wing organizations over the passage of the Ryan-Murray budget or the backpedaling Sen. Marco Rubio performed after catching flak over his endorsement of the immigration reform bill he worked on are prime examples of a mentality that dissuades incremental progress or the incentive to try and produce anything when you are in the minority, exacerbating the GOP’s image of inaction.

If Republicans hope to regain the veneer of a presidential party, they absolutely must address disconnect with the average American citizen and continue to advance proactive policy initiatives. They need to avoid the gaffes, pitfalls, and short-comings of the sub-par campaign operation run in 2012 and convince the American public that they have an alternative vision for the country. A vision of increased economic mobility, market-driven energy independence, friendlier streets and a more family-enabling education policy will no doubt offer a more appealing message to an America that deserves the best.