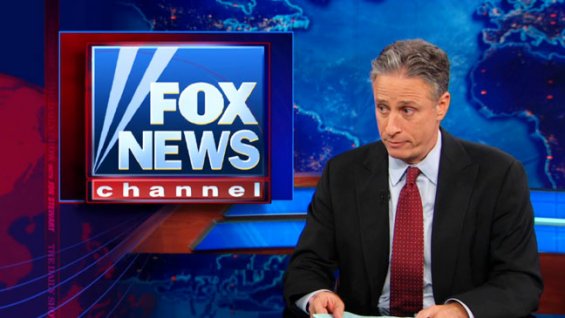 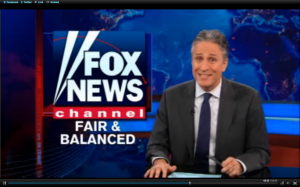 I used to watch FOX news. That was back when I was perfectly comfortable having my political opinions made up for me by a television channel, back when I would enthusiastically eat up any type of “news” that made my political party look like the good guys and the other side look like the bad ones. The conservative news channel was of particular enjoyment to me during the 2012 presidential election. FOX coddled me; doing everything it could to make it appear that an Obama defeat was a foregone conclusion, and that Mitt Romney would be our 45th president. The channel employed all of its usual tricks—distortions, slanders and often outright lies.

Election Day 2012 came and passed—Barack Obama remains in the White House and FOX news continues its assault on the integrity of reporting. The stigma surrounding FOX is considerable. An easy end to a political argument with conservatives goes something like this: “stop watching FOX news for once in your life”. The “I hate FOX News” Facebook page has close to 15,000 likes, and the number increases every day. The channel is openly derided as FAUX news, an acknowledgement of the channel’s lack of journalistic integrity, and is nightly fodder for Jon Stewart’s The Daily Show on Comedy Central. Yet it remains the number one cable channel in the country, and its distorted analysis of news attracts viewers nationwide. Since FOX is widely considered the propaganda wing of the Republican Party, conservative causes are promptly discredited due to their apparent association with the channel’s misrepresentative nature.

With all this talk of a post-2012 Republican reinvention in the news lately, the GOP is beckoned to reconsider its relationship with FOX news as a whole. FOX has paradoxically become an obstacle for the Republican Party, a reality that might illustrate to the GOP that the conservative movement need not rely on the slanders of a news channel in order to promote the cause of fiscal responsibility. The GOP will be best served going forward if it is able to distance itself from the FOX news propaganda machine, and re-invent itself as a relatable, viable political party that is able to work with the other side for the benefit of the country.

This won’t be easy of course. FOX, as previously stated, is the number one cable channel in America and it is the news outlet for a large part of the Republican base. Noted Republican strategist Karl Rove, a considerable force in the GOP ranks, appears on the channel several times a week. The station’s anchors, including Sean Hannity and Bill O’Reilly, frequently interview notables in the GOP, like Senator John McCain and Senator Marco Rubio It is legitimate to ask whether Republican appearances with the two aforementioned hosts cause more harm than they good. Hannity and O’Reilly are poster boys of FOX’s slanders and distortions. O’Reilly, FOX News’s golden boy, certainly has a large following, but the disdain with which he is held greatly outweighs his support. He is constantly an object of derision, not so much for his political positions but for the arrogant and insensitive way in which he presents them. His rhetoric on “Traditional America,” so to speak, is exactly the type of sentiment that the GOP must distance itself from if it wants to win elections going forwards. Take O’Reilly’s thoughts on the growing political influence of the Hispanic population, for example: “The white establishment is now the minority,” he said on The O’Reilly Factor in early November. “The voters, many of them, feel this economic system is stacked against them and they want stuff. You’re gonna see a tremendous Hispanic vote for President Obama….People feel that they are entitled to things.” The list of outlandish statements from Mr. O’Reilly goes on, but his views on the Hispanic community’s feelings of “dependence on government” sum up the GOP’s failure in 2012, and underscores why it should distance itself from FOX News.

FOX does feature some personalities, such as Charles Krauthammer and Bret Baier, who articulate the conservative philosophy in an intelligent manner. These men do the conservative movement a great service, but their efforts are diluted due to their presence on the channel. Such individuals underscore the fact that the tenets of conservatism and the ideals of the Republican Party can be communicated intelligently, despite FOX’s best efforts. A great deal of thoughtful conservative discourse is available to the public. William Kristol’s Weekly Standard publication offers knowledgeable foreign policy insight, often presented in a humorous manner. While the Standard is certainly critical of Barack Obama, the magazine will occasionally praise him when praise is due. The editorial board of the Wall Street Journal (ironically owned by the same company as FOX) is the product of fastidious political analysis, and features thoughtful columns by the likes of Daniel Henninger and William McGurn. The Heritage Foundation, a hugely influential think tank, is the intellectual powerhouse of the GOP, as it combines a scholarly pursuit of knowledge with accurate research on key policy issues to be marketed to the conservative community. This list of insightful sources of conservative commentary also includes the National Review and The American Spectator, among others.

Louisiana governor Bobby Jindal summed up the GOP’s mission in a speech he gave to the Republican National Committee in Charlotte, NC after the election. “We must stop being the stupid party. It’s time for a new Republican party that talks like adults. It’s time for us to articulate our plans and visions for America in real terms.” Apparently FOX missed the speech. Jindal’s pleading for a new GOP that offers credible, intelligent solutions is a necessity if the conservative movement is to find success in the future, yet FOX News continues to promote conservatism in a defamatory manner, based on misrepresentations and lies. The channel is the poster child of the Republican Party stereotype that it is a group of out-of-touch old men dedicated to protecting the well-off and refusing to cooperate with the other side. This will not and cannot be the Republican Party of the future as the GOP transitions from the Grand Old Party to the Grand New Party, seen in the likes of Chris Christie, Rand Paul and Marco Rubio. FOX News’s brand of dishonest reporting reflects poorly on the GOP, meaning that as the Republican Party moves forward, it will be forced to ask itself whether the time has come to dissociate from the FOX News propaganda machine.

Benjamin Shull is a FCRH 2016 History major who may be contacted at bshull@fordham.edu

1,923 thoughts on “Republicans Against FOX News”