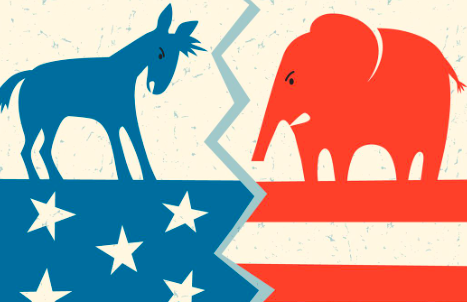 It’s common knowledge that minority voters don’t vote red, or at least they don’t at the same rate they vote blue. Cornell’s Roper Center estimates that, in 2016, only 8 percent of African-Americans, our country’s largest minority group, voted for Trump. This is a trend reflected in elections at nearly all levels.

But, this wasn’t always the case. In fact, in the post-Civil War Reconstruction period, black Americans voted predominantly for the abolitionist Republican Party of Abraham Lincoln and the like. The Democratic Party, historically the party of Jim Crow and slavery, didn’t become the preferred party of black Americans until FDR’s election in 1932, a change that became more robust with Truman’s subsequent election and has since become status quo. This shift in voter preference has been largely attributed to a belief that liberal policy is the most effective in improving inadequate social conditions, especially in urban minority populations.

Some elements of the right are now beginning to question the assumption that the race-focused Democratic Party is 1.) truly interested in improving the quality-of-life for Black America, and 2.) their policy is the proper means by which this end can be achieved.

One of the more interesting (and still nascent) domestic political movements of this sort is “Blexit”. Headed by conservative pundits like Candace Owens, Blexit (literally an amalgamation of “black” and “exit”) urges traditionally democratic-voting African-Americans to stop voting for a Democratic Party they view as exploitive, pandering and one that drives unfounded narratives about national race relations.

The central claim of Blexit is that the Democratic Party, in order to attract minority votes, has created a narrative wherein minority groups are the victim of conservative-driven systemic racism (implicitly racist legislation, police brutality, etc.),  and they place themselves accordingly as their rightful champions to generate favorable election results. It suggests, echoing the economic self-determinism of black public intellectual Booker T. Washington, an approach grounded in notions of personal responsibility as a tool toward economic mobility.

The movement buttresses this criticism by pointing to the actual rarity of police brutality against black men (which is statistically supported), the legal inability for government institutions to discriminate on the basis of race, and more disputable claims, seen for instance in an Owens’ tweet that “[b]lacks are worse off today than we were in the 1940’s”, looking specifically at worsening economic issues in the post-Jim Crow period. There is considerable pushback to the latter claim, however.

This is a movement conservatives need to capitalize on, but the burden on them is to demonstrate that this segment of voters is worse off under Democratic leadership, and that conservative policies will produce more optimal outcomes. With dwindling popularity amongst Millennial and Generation Z and weak pull clearly amongst minority groups, conservatives would be remiss to not cultivate movements like “Blexit”, incorporating black Americans into their voter base, who have been contemporarily disenfranchised from the right.