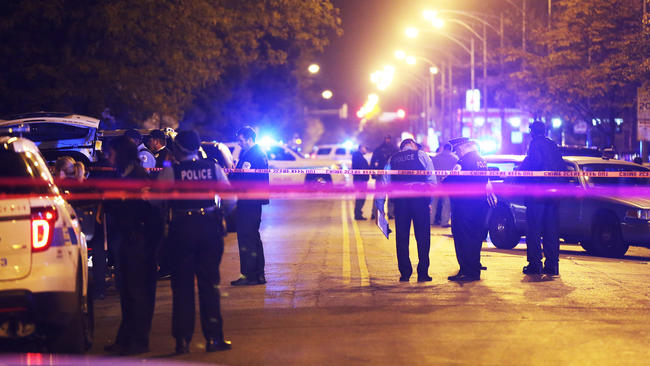 In late July, as the scorching Miami heat pounded the pavement, three gunshots rang into the air. The rounds, fired from the weapon of a police officer, didn’t strike a criminal; nor were they fired during a high-speed chase or a violent altercation. They struck Charles Kinsey, a behavioral therapist, while he was lying down on the ground with his hands up – with an autistic patient, only 23 years old, sitting next to him.

The use of deadly force in American policing is one that has become deeply ingrained since its inception. It’s also one of the most polarizing policies in law enforcement, spawning civil rights movements like Black Lives Matter and leading to the deaths of at least 827 people so far in 2016, according to The Guardian. That number should stagger the conscience, and it’s exponentially higher than what is found in almost every other advanced nation. Only 55 people in England and Wales have been killed by police in the last 24 years; it took U.S. police officers only the first 24 days of 2015 to surpass that number. Similarly, March of 2015 brought more fatal shootings by police in the U.S. than the entire period of 1992 to 2011 in Australia. Even Canada, our geographically closest neighbor, only has 25 police-related deaths a year, or five times less than that of the United States when adjusted for population size.

The argument that the use of lethal force is required to maintain order is rendered invalid by the multitude of nations that prosper despite police forces that rarely resort to firearms or other weaponry. Officer use of a firearm in self-defense is clearly justifiable, but too often it’s become the standard for many situations instead of the exception. In 2015 alone, The Guardian reports, 230 civilians were killed by police even without the sighting of a weapon, and not a single officer was convicted of murder or manslaughter. Of the officers involved, only 17 were ever charged.

The magnitude of so many innocent lives lost should drive home the point: if a police officer can shoot either a behavioral therapist or an autistic man while he’s sitting in the street, then perhaps we need to reconsider the value of lethal force. It becomes, metaphorically, like an extrajudicial killing. Although the Supreme Court did hand police the power to use deadly force, we need morally to ask ourselves if that power is well-placed. We would never support a capital punishment sentence handed down from a courtroom with no evidence and no conviction, and while the field isn’t the same as a courtroom, the value of a human life shouldn’t change between the two of them. Policing requires split-second decisions, and it’s an incredibly difficult job, but when upwards of a thousand people are dying from police-related incidents a year (in 2015, the number was 1,146), we need to examine the value that we’re placing on human life.

As a result, all officers should be thoroughly trained in de-escalation psychology and provided with the tools to help them scale back the number of situations where they’re required to use force. There are a host of extremely effective devices, including long-range versions of the Taser, as well as specialized, non-lethal firearm rounds that release pepper spray into the air to incapacitate victims. Some police departments have even used remote-controlled robotics to release disarming chemical agents, reducing the need to put officers directly in harm’s way. Police should always still carry their firearms as a precaution, but there are too many other options available and too many people who die each year for them to be used as often as they are. At the end of the day, the United States remains the only industrialized nation in the world with such a high rate of police killings. It’s now time to fundamentally rethink the use of deadly force and begin investing in alternative ways to make both citizens and officers safer.