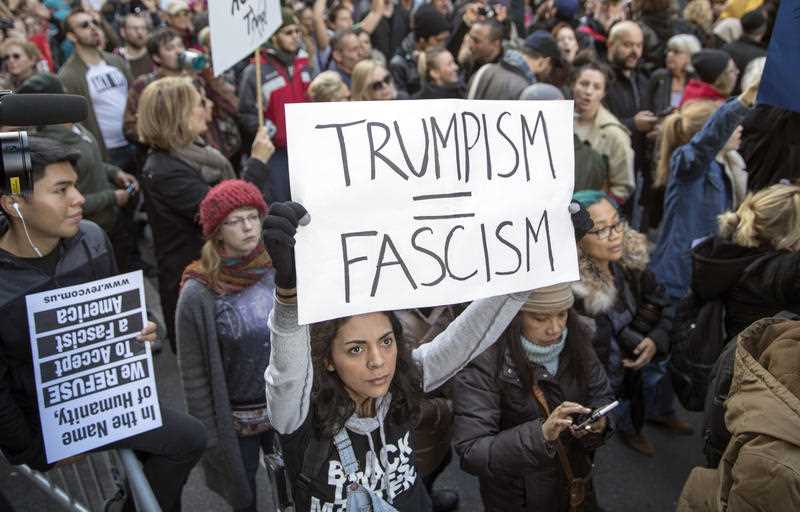 On October 27th, 11 people were murdered and six were injured in the Tree of Life Synagogue in Pittsburgh, Pennsylvania.  The gunman had a well-documented history of anti-Semitism, specifically on social media.

One of the victims was 97-year-old Rose Mallinger, a matriarch of her community and her family.  Two other victims were 86-year-old and 84-year-old Sylvan and Bernice Simon, who had married 60 years ago in the same synagogue where their lives were cruelly taken from them.  Dr. Richard Gottfried, 65, was a dentist who, with his Catholic wife, Dr. Peg Durachko, helped other interfaith couples prepare for marriage.  Dr. Jerry Rabinowitz, age 66, was a primary care physician who helped treat gay men during the height of the AIDS crisis when few doctors would.

The gunman (who I will not name here, for I refuse to give him the platform that he so violently desires) will face 29 charges, including 11 counts of first degree murder, and two hate crime charges.

On October 24th, another gunman in Kroger, Kentucky shot and killed two black people in a grocery store.  The gunman (who shall also go unnamed) tried to enter a black church nearby, but when he was unable to get in, he went into the store and opened fire.  Maurice Stallard, age 69, and Vickie Jones, age 67, were both killed in what the local DA is now investigating as a hate crime.

Lastly, between October 22nd and October 25th, pipe bombs were mailed to 14 prominent Democratic leaders all over the country, including Hillary Clinton, Barack Obama, and Eric Holder, as well as Maxine Waters and Cory Booker.  In addition, a bomb was sent to CNN for the purpose of targeting former CIA Director John Brennan, leading to the evacuation of CNN’s offices at Columbus Circle.

What do all of these events have in common, other than the fact that they all happened in a single, hate-filled week?

All of the perpetrators were members of the extremist right– otherwise known as neo-Nazis and fascists.

Close to a year ago, I wrote about the rise of white nationalism and right-wing terrorism on the Internet, as exemplified by the Charlottesville rally that led to the deaths of three people.  I ended that article with a quote from Richard Spencer, a white nationalist and leader of the alt-right: “You are going to have to get used to the alt-right…You are going to have to get used to white identity.”  I agreed with his statement: the alt-right, neo-Nazis, fascists – they are not going away.  They are only getting stronger.

All of the targets of the pipe bomber were also frequent targets of Trump’s violently false rhetoric.  And it’s no secret that Trump and his supporters have inflamed racist, sexist, homophobic, and anti-Semitic resentment, with people of color, LGBTQ+ people, Jews, Muslims, and women bearing the brunt of the violence.

In New York City alone, there have been multiple hate crimes attributed directly to Trump’s rhetoric and his supporters.  In December of 2016, a Muslim police officer was verbally assaulted by a white man, who screamed: “ISIS [expletive]…I will cut your throat, go back to your country.”  In March of 2017, a white man – who police said came to New York specifically to “target black men” – stabbed and killed a black man.  In July of 2017, a man beat a queer woman unconscious on the Q train while shouting homophobic slurs at her.  And in May of 2018, a white man threatened to call ICE on several Hispanic employees of a coffee shop in Midtown.

And this is what has happened in New York City, the supposed “liberal center” of the country.  What about the thousands – nay, tens of thousands – of hate crimes that happen all over the United States?  Hate crimes that are happening because of encouragement from Donald Trump.

The FBI revealed that on the day after Trump was elected, reported ethnic and racial hate crimes almost tripled.  While it’s not unusual for hate crimes to spike slightly after an election (the number of hate crimes rose by 21% after Barack Obama won in 2008), this kind of increase is unprecedented.

This rise in hate crimes has continued since 2016.  The Anti-Defamation League reported that in 2017, the number of anti-Semitic hate crimes increased by 57%.  The Center for Hate & Extremism at the University of California at San Bernardino similarly found that in the ten largest cities in America, reported hate crimes have increased by 12.5%.  In addition, the Southern Poverty Law Center found that of the 1,100 reported hate crimes in 2017, 37% of them directly referenced Trump, his campaign slogan(s), or his personal remarks.  Attacks by right-wing extremists also outnumber attacks by Islamist extremists. And in the past two years, there have been more white supremacist rallies than in the past decade.

To add insult to injury, fascist leaders continue to make the rounds on the media circuit, canoodle with politicians and pundits, and recruit more men and women to their cause.  And nobody is stopping them.  Why was Steven Bannon given a platform on Bill Maher’s show on HBO?  Why did Universal Pictures distribute Dinesh D’Souza’s new film, even after he tweeted about it using the hashtag #burnthejews?  Why was Roseanne Barr given an (albeit short-lived) TV show on ABC, even though her white supremacist views were well-known in advance?

The answer that both liberals and conservatives will give to these questions is “free speech.”

Yet many philosophers and historians believe that liberal democracies which defend the speech of fascists are particularly susceptible to fascist takeovers.  In 1945, Karl Popper introduced the “paradox of tolerance,” saying that: “Unlimited tolerance must lead to the disappearance of tolerance.  If we extend unlimited tolerance even to those who are intolerant, if we are not prepared to defend a tolerant society against the onslaught of the intolerant, then the tolerant will be destroyed, and tolerance with them.”

Popper does acknowledge that some intolerant speech must be allowed; speech which only makes us uncomfortable should not be suppressed.  In addition, he argues that “….as long as we can counter [the intolerant] by rational argument and keep them in check by public opinion, suppression would certainly be unwise.  But we should claim the right to suppress them if necessary even by force; for it may easily turn out that they are not prepared to meet us on the level of rational argument.”

The gunman who killed 11 innocent Jewish people in the Tree of Life Synagogue was not “meet[ing] us on the level of rational argument.”  And he was not kept in check by public opinion. He was acting on the irrational and violent hatred of “the Other.”  This hatred is inherent in every fascist’s ideology.  Make no mistake, although they may try to rebrand themselves as “white identitarians” or “radical traditionalists,” their goals are unmistakably genocidal.  There is no peaceful white nationalism; the internal logic within their own ideology irrevocably leads to genocide.  This threat has gone far beyond Popper’s point of not tolerating intolerance.

In 1922, Carl Schmitt, a Nazi who wrote (among other things) about the Nazi tactic for taking over the Weimar Republic by taking advantage of free speech, argued that:

“…liberal societies, with their love of free speech, would allow the Nazis to freely undermine them from within, and turn liberalism’s own virtues against it.  All they had to do was pretend to value free speech.  And they could say, ‘Hey, what about our free speech?  Why don’t we get to come on the talk shows and stand up in parliament and spread our propaganda…?’  And turn liberalism against itself they did.  Schmitt himself joined the Nazi party, who, it then became obvious, didn’t value free speech quite as much as they pretended to.”

With Trumpian Republicans encouraging white nationalists from one side, and the liberal media reluctantly defending it with claims of “free speech” on the other side, it is no surprise that American fascists have been, as Schmitt said, turning liberal democracy against itself.

This leads me to the poem that I began with.  Tell me, moderates and centrists: where do you think that this will end?  Where will we draw the line?  Tucker Carlson continues to complain about the “censorship” of conservative speech, and Bill Maher continues to complain about the “over-sensitive” millennials in college and high school who refuse to read hateful materials.  And yet, these hate crimes have made clear that giving fascists and white supremacists a platform has not challenged their ideas; it has led to innocent people’s lives being destroyed.  It has led to minorities being targeted and living in constant fear that it’ll be their synagogue, their church, their mosque that will be next.

But there are other ways to address this problem other than engaging fascist speech in rational argument and, in the process, giving them a public platform.

Despite all of the negative press that Antifa (“Anti-Fascism”) has gotten – from both conservatives and liberals – evidence has shown that Antifa’s confrontational approach to fascist rallies has been working.  Recently, Richard Spencer actually complained that “Antifa is winning” after he had to cancel another neo-Nazi rally because of Antifa protests. In this, Antifa stands in a long and proud tradition of restrained, violent resistance to institutional violence. The Black Panther Party was successful not only in violently confronting police brutality, but also in providing free social programs to black youth, including free meals and housing.

However, if you don’t want to be a part of an organization which justifies violence, you should know that the anarchist confrontationists in masks which have come to represent all of Antifa are actually just a small subsection of Antifa action.  For one, Antifa is not an organization: it’s a philosophy.  Any action which prevents the “building of a fascist movement” is a part of Antifa.  You can be an Antifa activist by reporting fascist activity in your community to the police and the FBI, or by reporting and blocking alt-right speech on social media.

But Antifa is only a part of the solution.  Peaceful protests led by activist groups like Black Lives Matter, the Women’s March, and Indivisible must also continue, especially against conservative politicians who are sympathetic to the alt-right, and against media platforms that allow alt-right guests or pundits.  For example, the New Yorker festival was recently forced to remove Steve Bannon from their line-up after other celebrities – like John Mulaney and Jim Carrey – dropped out in protest.  Even more recently, NBC canceled Megyn Kelly’s new show after public backlash to her comments about blackface.

And most importantly, we must vote: in 2018 and every year after that.  Recently, Hillary Clinton controversially said: “You cannot be civil with a political party that wants to destroy what you stand for, what you care about.  That’s why I believe, if we are fortunate enough to win back the House and/or the Senate, that’s when civility can start again.  But until then, the only thing that the Republicans seem to recognize and respect is strength.”  I have never agreed with her more.

If we truly want to exist as a liberal democracy, we cannot afford to tolerate intolerance any longer.