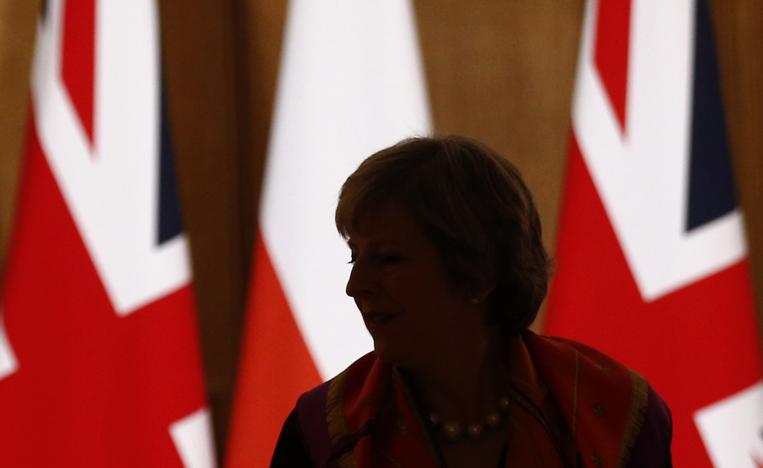 The latest Brexit speculation is almost farcical in proportion to the issue. The unrestrained rumors would be laughable if they didn’t point to a larger problem looming for Europe: the British government’s possibly strained relationship with its own people and with other European Union member states.

The trouble started earlier this week when an aide leaving a Brexit strategizing meeting made what would normally be an inconsequential mistake by leaving the notebook tucked under her arm flipped open. However, under the current information-starved plight of Europe, this occurrence grew to epic proportions when the notebook page was covertly photographed and distributed. EU members are now in a tizzy about the apparently scandalous line scrawled across the page: “What’s the model? Have cake & eat.”

While the British government has tried to distance itself from the note, saying that it is not an accurate representation of its plans for negotiation, other EU members have interpreted this line as a sign of disregard for their concerns. The note is being read as a defiant play on the phrase “you can’t have your cake and eat it too,” which means you can’t have it all. Under this interpretation it marks Britain’s possible intention to benefit from all the advantageous parts of the EU (like the single market) while leaving the perceived burdens (like uncontrolled immigration) on the remaining member states. This has drawn wry comments from leaders like Luxembourg Prime Minister Xavier Bettel, who has claimed, “They want to have their cake, eat it, and get a smile from the baker, but not the other things… there are European values which cannot be separated. No cherry-picking.”

To be fair, in all likelihood the British government is planning to strike the best deal possible on behalf of its citizens, which could mean an attempt to keep the good parts of the EU that work for them and discard the bad. However, it’s unwise to start drawing conclusions about the government’s attitude from the one line “have cake & eat.” After all, this is one isolated comment in an aide’s notes taken during a random meeting. It shouldn’t be taken as proof of a holistic flippant and selfish attitude, or Britain’s expectation that it can stomp all over the EU and still “get a smile from the baker.”

All this speculation points to the need for the British government to become more transparent about the state of affairs of Brexit. The ominous silence from the government has resulted in people assuming the worst of intentions, and it certainly speaks volumes that people are so desperate for information that they’re wringing more out of a zoomed-in photograph of a notebook page than any government statements.

If the British government doesn’t make some changes, it may continue to heighten tensions within Europe. Rather than a give-and-take compromise, Brexit negotiations run the risk of becoming rigid and bitter for everyone involved. In the meantime, other nations would do well to keep the wild speculation to a minimum while a real Brexit plan is sorted out.