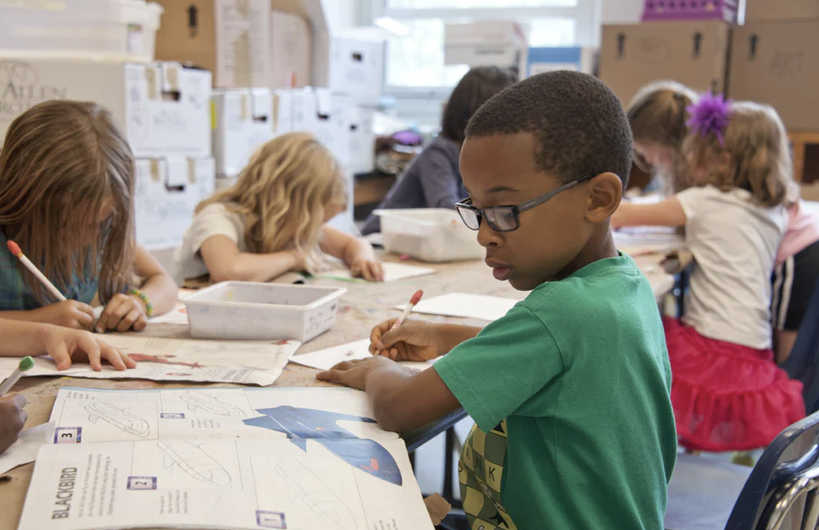 Education has long been a  battleground for American identity. Given our federalist system, the majority of education related decisions fall under the purview of state and local officials, making them more easily accessed and influenced by the average citizen. Additionally, what schools choose to teach greatly influences the children who are the future of the country; what they learn will create the America of tomorrow. These factors make school boards the prime location for political battle, especially over the gripping issues of today. In the past, this was segregation, and today it is Critical Race Theory (CRT) and masking.

The values taught in American public schools are a point of contention, especially among the political right. Recently, at the federal level, one of President Trump’s last initiatives was his 1776 Commission for “patriotic education,” as a direct response to the 1619 Project, which has since become a centerpoint of the anti-CRT position. This was an incredibly popular move among his constituency, and would serve as a starting point for the hysteria over Critical Race Theory which grew in the Spring and Summer. President Biden was quick to dissolve the commission upon entering office, leaving few direct long lasting impacts on American history curriculum, yet the commission’s ideas are still being parroted by the right.

That being said, it is not the first time that the federal government has attempted to influence the inner workings of schools. Most memorably, the fight over desegregation tumbled headfirst into the arena of school boards after the Supreme Court decision in Brown v Board Of Education of Topeka. State and local officials sought to block any efforts of desegregation, calling for “massive resistance” in the Southern Manifesto signed by many Southern Senators. Elected officials vowed it would not happen and on the grassroots level massive protests broke out nationwide and would continue in force as busing became a method of desegregation.

These fights, as also evidenced by the school board itself that was sued on behalf of Brown and other African American families in the Supreme Court case, would be staged at the local level. In large part due to desegregation trends, the idea of school choice, of sending your kid to a private school as an alternative to having them learn in an integrated classroom, grew in popularity. Still, others decided to stick it out and fight over the public schooling systems, as we are seeing today with arguments over CRT and masks. Although different issues, they have also rallied the conservative base as the next great wars of self-perceived oppression to be fought at the school boards.

Parents in communities across the country have shown up to school board meetings to speak against what they view as the impending, or already present, threat of Critical Race Theory in K-12 education. Representative of larger trends, an article in The Gazette applies CRT as a broad and all encompassing concept, including everything from basic diversity, inclusion, and equity programs to anti-racism activities to teaching about certain influential Black figures. The opinion piece, written by a Washington Examiner reporter, quotes both outspoken parents and the author’s own perspective on CRT in schools. One mother quoted in the article emphasized a common talking point of the anti-CRT outcry: that CRT is, somehow, a form of communism or Marxism. She said, “You are now training our children to be social justice warriors and to loathe our country and our history. Growing up in Mao’s China, all this seems very familiar. The communist theory used the same critical theory to divide people. The only difference is that they used class rather than race.” The author then goes on to support this position, calling CRT “cultural Marxism with racial characteristics. It is an explicitly anti-Western, anti-Enlightenment ideology.”

This ahistorical talking point lends to familiar fear mongering about communist infiltration into our government and the minds of our children, while somehow perturbing Marxism to fit into the categories of race. Historically, communists have actually been in favor of overcoming the racial divide in order to bond members of the international working class, while simultaneously in the American mindset opposers of racial equality have long painted racial justice movements as communist.

Other viral anti-CRT videos include comparisons to the tactics of Hitler and the KKK and claims CRT is teaching children to murder police officers. Outspoken parents are just one part of the quest: they are also getting elected. In Guilford, Connecticut, five parents running on an explicitly anti-CRT platform swept the GOP primaries for their local school board. NBC reports, “Activists and parents have launched 50 recall efforts this year aimed at unseating 126 school board members, according to a new report from Ballotpedia, a website that tracks U.S. politics and elections,” and at least 165 local and national groups have been created with the intention to “disrupt lessons on race and gender,” like No Left Turn in Education.

Many of the recall efforts reported by NBC include not just an anti-CRT related push, but anti-maskers as well. Their comparisons have often been similar to their anti-CRT counterparts: comparisons to Hitler, in which one parent got removed from a meeting for giving a Nazi salute and saying “Heil Hitler” after a pro-mask parent spoke, and communists in Florida, Ohio, and other states. Moreso, they have been threatening. In Tennessee, an anti-masker shouted, “We know who you are! You can leave freely, but we will find you!” at health care workers who had just spoken in defense of masks. School board meetings have been cut short and others have included police kicking out or even charging disruptive parents.

What we are witnessing, regardless of agreement with their stance or not, is a culture battle being decided at the local level. While it may be related to one town or one district’s school board, it has national implications. These are the issues that are currently rallying the conservative base and being further reinforced and sensationalized by the GOP media machine. They see it as a fight for the future of the American way, and, to an extent, they are not wrong. Local elections have long been overlooked, but they matter immensely. At the very least, local election turnout will be greater than it has been in a very long time.