Strict Standards: Declaration of Custom_Menu_Wizard_Sorter::walk() should be compatible with Walker::walk($elements, $max_depth, ...$args) in /home/s2ncq8pxua8t/public_html/wp-content/plugins/custom-menu-wizard/include/class.sorter.php on line 0
 Schumer’s Voting Rights Legislation to Restore Threatened Voices – FORDHAM POLITICAL REVIEW
Skip to content
Latest News
The Virginia Governor’s Race and What it Means for the 2022 Midterm Elections
Kyle Rittenhouse’s Sixth Charge
Looking Back as President Biden Confirms 2024 Run for Re-election
Bill Cosby Trial and the Definition of Consent
The Trial You Didn’t Know Was Happening 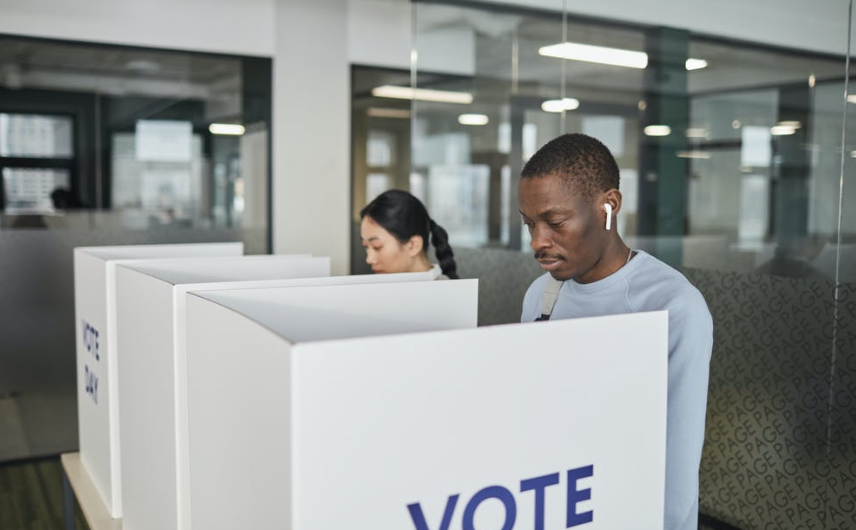 In response to the voting restrictions being imposed in primarily conservative-led states, Senate Majority Leader, Chuck Schumer has pushed for the Freedom to Vote Act—comprehensive voting rights legislation that would increase voter access. Amid what he called “regressive and subversive implementation of voting policies by Republican-led states,” the Freedom to Vote Act would respond to the outrage that the passing of obstructive voting legislation brought and would eventually restore opinions and voices that have been harmed by restrictive voting practices.

Going back to the election of 2020— the election turnout was unprecedented, and a large portion of the votes was counted by mail because of the COVID-19 pandemic. With states falling mostly along partisan lines in the election, the consequences of this division are seen as some Republican-led states such as Arizona have passed new restrictive voting laws while some Democratic states such as Illinois have increased voter’s ballot access. This all follows former President Donald Trump’s baseless claims that the election was fraudulent, and that mail-in ballots essentially made it easier for a rigged election. Of course, the dozens of cases that went to court as an effort to overturn the 2020 election, were just as groundless as the former president’s accusations. However, we see the effects of these claims almost a year and a half later as states like Arizona and Arkansas have restricted voter access.

Most notably, Arizona passed SB 1485 which changes the state’s popular Permanent Early Voting List into an “active” voter list, effectively taking thousands of voters off the list, along with expanding ballot signature requirements. Arkansas curtailed dropbox usage, eliminated alternatives to presenting an ID to vote, as well as shortened the timeline for requesting and submitting mail ballots. In essence, the passage of these measures effectively curtails voter access and therefore restricts what Senate Majority Leader Chuck Schumer referred to as the insurance that all Americans’ voices were heard in our government.

It is even clearer how restrictive voting rights legislation is targeting minority groups. Suppression efforts like strict voter ID laws and cuts to early voting are all measures that disproportionately affect minority groups such as people of color, students, the elderly and those with disabilities. For poorer citizens, it’s not feasible to present a government-issued photo ID and another form of government identification. These practices in conservative-led states are all clear attempts to block voters at the ballot box, those who would most likely cast their vote for the Democratic Party.

Next week, the Senate will vote on the Freedom to Vote Act—one that will require 10 Republicans to join the Democrats to cast 60 votes for a cloture vote on the bill. Although many say it is unlikely, Schumer commends centrist Senator Joe Manchin (D-W.Va) whose efforts to negotiate with GOP senators could prove fruitful. In a “Dear Colleagues,” letter to the Senate, Schumer makes his wishes for the passing of the bill clear, acknowledging Sen. Manchin’s efforts by saying, “Senator Manchin has been engaged in conversations with our Republican colleagues in hopes of advancing solutions on a bipartisan basis to ensure all Americans have their voice heard in our democracy.” The Freedom to Vote Act would give all voters access to a minimum of 15 early voting days and same-day registration, in addition to making Election Day a federal holiday. Furthermore, the act would require states to have automatic voter registration and restore Americans with felony convictions’ right to vote after the completion of their prison sentence. Additional clauses include the prohibition of partisan gerrymandering of congressional districts.

Voting is a pinnacle of democracy, and politicians blocking voters from the ballot box means that decisions made, and legislation passed do not reflect the will of the people. With hundreds of proposals aimed at making the ballot box a more difficult feat, there have also been endless proposals to increase voter registrations where others are lacking. It isn’t the first instance where a Republican filibuster threatens the passage of a bill, however, restrictive voting practices threaten democracy and the will and voice of the people. The Freedom to Vote Act would not only be a significant, comprehensive voting rights legislation but will more importantly restore thousands of voters with their voices.