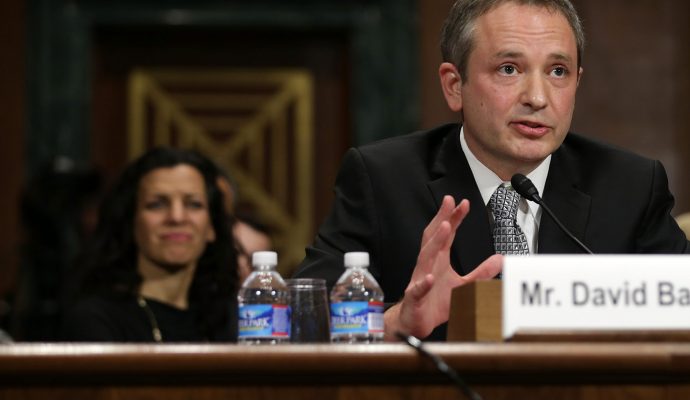 WASHINGTON, DC – NOVEMBER 20: David Barron testifies before the Senate Judicary Committee during his nomination hearing in the Dirksen Senate Office Building November 20, 2013 in Washington, DC. A professor of Public Law at Harvard Law School and former Acting Assistant Attorney General for the Office of Legal Counsel in the United States Department of Justice, Barron was nominated by U.S. President Barack Obama to be U.S. Circuit Judge for the First Circuit. (Photo by Chip Somodevilla/Getty Images)