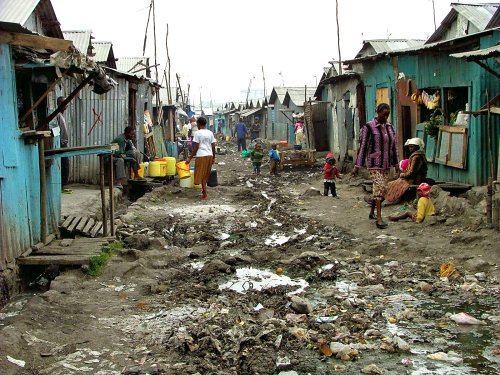 When he received the Nobel Prize with Nelson Mandela in 1993, President F.W. de Klerk said it was neither sanctions nor support that rid South Africa of apartheid, but was the movement of millions into cities that sparked upheaval and strained state resources. The ability of trans-border population flows to transform the entire nature of a state holds particular anthropological, economic and political significance for South African society, as new, aggressive sub-Saharan migration flows threaten to reshape social and political order in the region. In order to preserve South Africa’s development gains, promote sub-Saharan stability, and protect the United States’s security interests on the continent, it is necessary to understand the migration inflows and outflows that are changing the face of our closest African ally.

South Africa has been regarded, by none more energetically than the United States, as the “African solution to the African problem.” Indeed, South Africa’s unique potential as a regional stabilizer is vital to U.S. interests on the continent, a continent plagued by economic collapse in Zimbabwe, brutal civil war in the Democratic Republic of the Congo, and volatile elections in Kenya and Côte d’Ivoire. Indeed, South Africa has been heavily involved with reconstruction efforts in the DRC, peace talks in Kenya, and stationing troops in the Darfur region of Sudan.

Despite a reputation for proactive diplomacy, South Africa has drawn criticism for its passive response to events in Zimbabwe, a policy that can be largely attributed to migration.

South Africa has always held a unique place within the vast tapestry of the African diaspora. It has long been a hub for economic migrants rather than war refugees and IDPs—especially job seekers attracted to its thriving mining industry. Yet Zimbabwe’s economic collapse is propelling an unprecedented number outward. A recent Medecins Sans Frontieres report stated that a quarter of Zimbabwe’s population has fled, with the majority finding refuge in South Africa. No one knows exactly how many Zimbabweans are in South Africa; Zimbabwean estimates are around 1 million, while South Africa itself has gauged anywhere from 3 to 8 million. Moreover, the boundaries between African nations are rooted in the checkered legacy of colonialism and have little bearing on delineations betweens languages, cultures and tribes.

As millions of Zimbabweans flow haphazardly through South Africa’s borders, they place certain pressures on the host country’s already precarious social and economic resources, such as health care, education, and employment, thereby weakening South Africa’s ability to handle effectively both immigration and a domestic population reeling from vast unemployment. By extension, her capacity to fulfill her role as sub-Saharan regional peacekeeper is undermined. South African migration policy is clearly linked to broader issues of regional integration and stability. The evolution of immigration policy in South Africa has significant implications for sub-Saharan Africa, and thus, for U.S. security interests in the region.

The trend has been labeled a Significant Transnational Issue by the Central Intelligence Agency, and for good reason. Current Zimbabwean outflows are the largest single immigration movements in South African history, and it is not letting up anytime soon. Populations inflows place pressures on South Africa’s already delicate social and economic resources, thereby weakening South Africa’s ability to cope with its own population, and, its capacity to extend diplomatic influence outside its borders.

South Africa’s other significant migration trend is internal: the movement of rural South Africans to cities. This is South Africa’s “most numerically significant” form of migration, according to the University of Witwatersrand’s Forced Migration Studies Program. Both types of migration affect crucial aspects of development: economic growth, urban conditions, and domestic stability.

Migration poses risks to South Africa’s capacity for urban planning. High-density populations in cities lead to rapid degradation. According to the University of Natal, KwaZulu-Natal’s urban growth rate is three-times higher than elsewhere, mostly due to migration. In addition, approximately one-half of the populations of Durban and Pietermaritzburg live in impoverished settlements, lacking basics such as sewers, electricity, and water, not to mention health, education, and housing. One survey by the FMSP says 40% of foreign-born immigrants cite overcrowding as their chief housing concern.

The turmoil has climaxed in such waves of violence as the 2008 outbreak that led to the deaths of 62 Zimbabweans, and the displacement of more than 100,000, according to MSF. Competition has also sparked violence between long-time urban residents and newly arrived rural migrants in KwaZulu-Natal.

According to analysts, the disparity between legislation and enforcement makes it difficult for the South African government to regulate illegal population flows into the country, as well as effectively address the situations of immigrants and their strain on domestic resources. For example, the immigration situation already places a large burden on the already crime-ridden nation’s police force, as a large chunk (sometimes 30%) of provincial police budgets go to border control.

Though South Africa has deported a higher percentage of migrants than any other African nation, the country makes little distinction between forced-migratory refugees and economic immigrants. It is clear from the discrepancies in migration figures that current South African strategies are doing little to curb the influx of migrants and obtain a clear picture of the situation.

Though the country has jumped to overturn apartheid legislation left and right, South Africa’s national migration policy has remained largely unchanged. Indeed, the post-apartheid responses have been incoherent and contradictory, fueling xenophobic, institutionalized perceptions of immigration as a threat to territorial boundaries and employment opportunities.

It is clear that South Africa is drawing and will continue to draw too many migrants. According to journalist Celia Dugger, Zimbabwean president Mugabe is planning to seize untrammeled control during elections next year. This will only drive more Zimbabweans into South Africa, and place greater pressure on limited capacities. It is a frightening concept that may undermine the U.S.’s faith in her ability to serve as a stabilizing force for the continent.