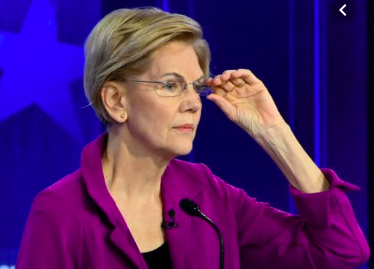 The 2020 Democratic Primary has been a wild ride so far. Apart from events relating to Trump, like the impeachment proceedings, that have affected the Primary, the race itself has been unprecedented in many ways. The primary began with 18 Democrats announcing their presidential candidacies, but the field soon narrowed after half of them fell off the radar or dropped out of the race. Current notable candidates include former Vice President Joe Biden, Sen. Bernie Sanders, Sen. Elizabeth Warren, Entrepreneur Andrew Yang, Mayor Pete Buttigieg, and Sen. Kamala Harris. These candidates represent a variety of ideologies and interests. In a general sense, candidates like Sen. Bernie Sanders, Sen. Elizabeth Warren, and Andrew Yang represent the base of the party and a more left-wing progressive agenda, while Joe Biden, Kamala Harris, and Pete Buttigieg represent more of the centrist establishment wing of the party.

Since before his announcement, Joe Biden was the clear frontrunner according to national polls, with his numbers peaking at 41% shortly after his announcement. However, his campaign has shown a steady decline since then, currently holding a lead of around 6-8 points in the national average. Consequently, big money donors have expressed their concerns over his chances to maintain frontrunner status, and his fundraising numbers reflect that. While Biden raised $15.7 million in the last quarter, Bernie Sanders raised $33.7 million, Elizabeth Warren raised $25.7 million, and even Pete Buttigieg raised $23.4 million .

It is also notable that Joe Biden along with candidates like Sen. Kamala Harris and Mayor Pete Buttigieg mostly rely on big corporate money fundraisers, while Sanders raises his funds exclusively from donations made by average Americans. Biden’s message focuses on regaining trust in the White House, showing the world and Americans proper leadership, and going back to the values that built the United States. Biden proposes policies such as: “working with states” to implement universal pre-K, decriminalizing Cannabis, expanding affordable access to healthcare by strengthening the Affordable Care Act, among others. However, these proposals have been overshadowed by his past stances on issues, some of which directly contradict these proposals, like writing the 1992 Crime Bill that forced mandatory minimums for minor drug offenses like marijuana. Some other past stances include opposing bussing desegregation and voting for the Iraq War. Moreover, his lackluster debate performances and constant gaffes have placed great doubt towards his candidacy in the eyes of many. While Biden is holding on to his frontrunner status, it is possible if not likely that he may soon be overtaken by a competitor.

In 2016 Bernie Sanders bucked the decades-long Democratic Party ideology of corporate neoliberal centrism by running an unapologetically progressive and populist campaign that further distinguished itself in being completely funded by small-dollar donations from average Americans. Policies like implementing a Universal Healthcare System, halting the use of fossil fuels and moving to a 100% renewable energy system, making public colleges free for everyone, and legalizing cannabis set him apart from any other presidential candidate, gaining him a loyal grassroots base of support that nearly propelled him into the White House.

His run paved the way for the rise of a new progressive wing of the Democratic Party, exemplified by the elections of people like Alexandria Ocasio Cortez and Ilhan Omar. This time around, Sanders is doubling down on his progressive policies by consistently putting out extensive plans ranging in everything from criminal justice reform, to Affordable Housing for All. Bernie’s immense grassroots support is made apparent by his recent third-quarter fundraising numbers, which indicates his campaign raised nearly $34 million, the most out of any candidate in the race so far. Yet, Sanders faces competition not only from centrists, but also from his ideological field.

Elizabeth Warren is a candidate people commonly grouped with Bernie Sanders as the mainstream progressives in the race. Curiously, she’s recently surpassed her progressive opponent as the second place candidate in the race. Considering Sander’s already expansive progressive support, how could she have accomplished this? It’s important to look at the facts and compare both candidates themselves, their background, and more consequential to the race itself, how the circumstances around them affect their candidacies. Progressive candidates, like Sanders, often face an uphill battle, as the corporate media does all in its power to misrepresent, smear, or even outright exclude people like him from objective discussions of the race, with the purpose of thwarting the spread of their ideas. This affected Sanders’s 2016 run as exemplified by a study from the Harvard Shorenstein Center, that found that Sanders received a third of the coverage that Clinton received during the primary and only 7% of such coverage was about his policies. Furthermore, an analysis by FAIR illustrated the media bias against Sanders, citing how “the Washington Post ran 16 negative stories on Bernie Sanders in 16 hours, between roughly 10:20 PM EST Sunday, March 6, to 3:54 PM EST Monday, March 7—a window that included the crucial Democratic debate in Flint, Michigan, and the next morning’s spin.” Finally, the bias was epitomized with the Podesta email leaks that revealed that CNN shared debate questions in advance of the debates to the Hillary Clinton campaign; further leaks revealed that the DNC was essentially serving as an arm to the Hillary campaign, purposely scheduling debates at times where they expected lesser viewership and the campaign even reviewing DNC press releases. In this election cycle, the media has not shied away from its tricks, skewing , sometimes even blatantly, poll reporting against Bernie to make it seem like his numbers are lower than they actually are. Not surprisingly, candidates like Andrew Yang and Tulsi Gabbard have also been facing similar media bias. However, Warren is the notable exception to this blacklisting

The media has noticeably favored Elizabeth Warren in terms of coverage and analysis, commonly portraying her as an unapologetic progressive with a “plan for everything.” Sound familiar? Discussion about her plans often revolve around the similarities between them and Sanders’ plans instead of the distinctions between them. Additionally, coverage often asserts that she would be more electable than him in a general election. Essentially the corporate media, who historically represent the interests of the establishment, has warmed up enough to Warren that they’re willing to present her as the obvious progressive choice for the nomination. The reason for this bias stems from two likely factors: Warren’s policies and her questionable past association with the establishment.

Elizabeth Warren is commonly known as one of the most progressive senators and current presidential candidates. As the creator of the Consumer Financial Protection Bureau, her plans on regulating Wall Street are some of her strongest group of proposals in terms of details and scope. Some others proposals include universal child care, a Wealth Tax, and moving to 100% renewable energy. However, while Warren and Sanders both offer extensive plans in pretty much the same range of issues, Elizabeth’s proposals are generally less comprehensive than those of Bernie. Moreover, she has some crucial differences with Sanders that haven’t been talked about enough, most notably, her vagueness on healthcare.

Sanders supports Medicare-for-All, which is his legislative bill to finally get universal single payer healthcare in the United States. Elizabeth Warren vocally supports the bill at debates and rallies but has yet to come out with her own detailed healthcare plan and has recently removed any mention of Single Payer or universal coverage from her website, instead opting for broad terms like “access” and “affordable.” Moreover, speaking at a recent New Hampshire rally, Warren said, “Right now, what we’ve got in Medicare for All is a framework…It doesn’t have the details and you’re right to be asking. But the most important part of your asking is to raise awareness so we get this right as we go through it,” and at a post-debate CBS interview, when asked if she planned to present her own health-care proposal, she said that she supported Medicare-for-All but immediately followed up with “I support a lot plans. Other things that people have come up with, when they’re good plans, let’s do it. ”

In reality, Medicare-for-All is a specific and detailed piece of legislation written by Bernie Sanders that lays out, in no uncertain terms, what would be implemented and how it would be paid for; she’s essentially giving herself wiggle room to fold on universal healthcare if elected.

Finally, the elephant in the room for Elizabeth Warren that marks her biggest contrast with other progressives, and undoubtedly the biggest factor in her support within Washington and the media, is that while she rails against lobbyists and corporate control over our democracy, she herself accepts their money. Granted, since the launch of her candidacy her campaign has been funded exclusively by small dollar donations. While this may be true, it’s been widely reported that she transferred nearly $10.4 million from her Senate political committee, much of which was from lobbyists and big money fundraisers, to kick start her presidential campaign.

“Warren didn’t seem to have any trouble taking our money in 2018, but suddenly we were power brokers and influence peddlers in 2019…The year before, we were wonderful. I co-chaired one of the events for the senator and received a glowing, handwritten thank-you letter from her for my hard work.” wrote Gov. Ed Rendell who hosted a fundraising event for Warren when he worked for Ballard Spahr (At that time, he was lobbying for KCI USA, a medical device manufacturing company). Said fundraiser charged up to $5,000 for attendees to gain entrance.

Actually, Warren herself indicated in a recent MSNBC interview that she will partake in big money fundraising for the general election if she becomes the nominee, she states “So, look, I’ve never actually been in a deeply competitive primary. I get it. Republicans come to the table armed to the teeth. They’ve got all of their donors, their wealthy, wealthy donors. They’ve got their super PACs. They’ve got their dark money. They’ve got everything going for them. I’m just going to be blunt. I do not believe in unilateral disarmament . We got to go into these fights, and we got to be willing to win these fights.”

In essence, the elites in the media and the corporate sector prefer Warren because she works within the establishment a nd is more likely to budge or back down on the issues she’s campaigning on, as opposed to Bernie Sanders who poses a real threat to the status quo of the establishment and have been fighting for the same issues since the 1960’s.

“Furthermore, those who occupy managerial positions in the media, or gain status within them as commentators, belong to the same privileged elites, and might be expected to share the perceptions, aspirations, and attitudes of their associates, reflecting their own class interests as well.”