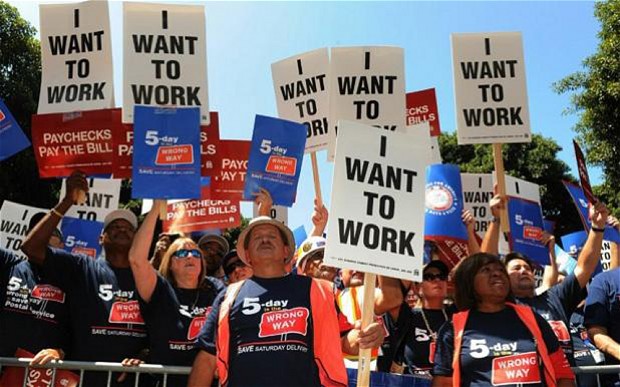 As 2015 saw the U.S. economy add hundreds of thousands of jobs each month and the unemployment rate drift steadily downwards, eventually closing out the year at a firm 5.0 percent, many economists were left scratching their heads. Despite the positive jobs data that was slowly filtering out from the U.S. Labor Department, there was a question that seemed to linger in the air, a subtle sense of doubt that immediately lent pause to any impulse for celebration. It was a question that plagued people’s minds in almost all of 2015 and continued into this year: “If the economy is doing so well, why don’t we feel it?”

This sense of doubt appears to be pervasive. A Wall Street Journal/NBC poll published on Jan. 7 found that almost a quarter of Americans thought that the state of the economy would worsen in the next twelve months, while half thought it would stay the same at best.

At first glance, it would appear the American view of the economy is somewhat at odds with popular statistical data. The United States has made a full economic recovery, at least according to the official unemployment rates and much of the media. The reason that no one feels it, however, is because it hasn’t.

The reality today is that the American economy has major structural defects that will likely inhibit any serious growth for at least another year. Economists spent much of 2015 baffled at how jobs growth was surging towards full employment while GDP was expanding at a lukewarm pace of 2.1 percent in the third quarter and an expected 1.4 percent in the fourth. This odd combination of historically high employment and low GDP growth can be explained in several ways – from misleading unemployment numbers and low real wage growth to dangerously low household savings rates – all of which point to significant problems that remain in the U.S. economy.

First, let’s tackle the largest short-term issue: that the standard unemployment statistics released on a monthly basis by the Labor Department are no longer adequate to describe a workforce that has seen large-scale structural changes since the 2008 financial crisis. What emerged from the ruins of the nation’s workforce after colossal layoffs across all industries is what’s been coined as the “part-time work economy” – a term to describe the fact that many workers who previously had decent-paying full-time jobs are now working low-wage part-time jobs (and in some cases, multiple part-time jobs simultaneously) when they want to work full-time. These workers are deemed “underemployed,” and they are not represented in typical unemployment statistics. To further illustrate this, a study by Gallup estimates there are as many as 30 million people unemployed or underemployed, and that only 44 percent of U.S. jobs are considered “good jobs” – characterized by employment of at least 30 hours a week with a regular paycheck. For reference, Gallup pegs the ideal number of “good jobs” (as a proportion of the overall workforce) to be at least 50 percent.

Additionally, the standard unemployment data does not include those who have given up looking for work. The “shadow-unemployed” put downward pressure on wage growth since they typically have low reservation wages, or the lowest wage a worker will typically demand in order to accept an employment opportunity. To better illustrate the state of the American workforce, the Labor Department should focus less on the U-3 rate (the standard unemployment statistic) and more on its lesser-known cousin, the U-6 rate. The U-6 rate, which includes those who have given up looking for work and those who are working part-time when they want to work full-time, finds that real unemployment is nearly 10 percent. That’s twice as high as the 5.0 percent currently circulated.

Even more important, however, is that from 2008 to 2015, the spread between the U-3 rate (the standard unemployment statistic) and the U-6 rate was the widest it’s ever been since the Federal Reserve’s data began tracking it in 1994. In fact, at the height of the recession in December of 2009, the U-6 rate was a full 7.2 percent higher than the U-3 rate (17.1 percent and 9.9 percent, respectively), highlighting the devastating toll inflicted on part-time workers and those marginally attached to the workforce. Though the divide has narrowed since then, it is still wider (4.9 percent) than any pre-recession period since the first quarter of 1994.

As a result, the spread has been driving down wages when the markets are expecting what should be, at this point, a mature and generally positive economic recovery. The markets fell to their lowest levels since August a few days ago after a combination of poor retail sales data, falling oil prices, and global concerns about China’s growth sent tremors through the Dow and S&P.

This tumultuous market activity is not random, and it is not without explanation. While the negative spouts of activity the U.S. saw in 2015 were accented by specific triggers like China’s gradual slowdown, the reality is that fundamental discontent with the underlying state of America’s own economy has marred investor confidence. Even mildly negative global economic signals have sparked huge sell-offs as investors pointed to low wage growth and a timid Federal Reserve that, by its own implicit admissions, wasn’t confident enough about the state of the economy to raise interest rates until months after the markets had already priced them in.

This leads to a second major point. Even as low wage growth has led households to earn less (and consequently spend less), they’re saving less as well. The crunch of rising expenses (healthcare, education, childcare, and a variety of other expenses have all moved well past inflation in recent years) has left families with little disposable income to invest back into the economy. This leads to the second structural roadblock to serious growth: household savings levels that are among the lowest they’ve ever been. A December 2015 survey found that a stunning 21 percent of Americans don’t even have a savings account, while 62 percent have less than $1,000 saved in one. And, perhaps even worse: another report from the Pew Charitable Trust determined that the lowest-earning Americans have an average of 9 days of liquid emergency savings to survive on if they’re laid off or experience financial strain.

The dangers to the U.S. economy posed by low savings rates (explored in a fantastic report by Oxford Economics) are exacerbated by the fact that cash-rich companies are expected to begin productively investing soon, which is great for the short-term but rules them out as a source of national saving in the future. Similarly, the government won’t be a source of national saving either – it still runs a huge deficit and is mired in debt that will likely take decades to pay off. This leaves households as the sole possible source of future national saving, which they will eventually use to invest productively in the economy. The only problem is that they’re not saving anywhere near enough – a meager 3.8 percent of their disposable income, according to the same report by Oxford Economics.

So if 3.8 percent isn’t enough, what is? The report determined that the optimal personal savings rate is between 5 percent and 9 percent, a far cry from the 3.8 percent currently saved. Unless this savings rate increases, it will become more difficult for Americans to pay off loans and other obligations during periods of financial difficulty. As a result, default rates among the poorest members of society will likely rise; poverty will increase; government expenses on social safety nets will rise to accommodate the burden; and the nation’s GDP will be placed under even more restraints as financial difficulties plague those in the nation’s lower income quartiles.

The relationship between spending and saving is important. Both represent ways to grow the economy, and both are essential, though one is a short-term economic driver and the other is a long-term one. Spending helps companies grow their sales and expand their workforces to meet demand, while saving grows wealth and provides funds to invest in productive future projects or positive economic utilities. When both are lacking, as they are now, the implications are grim. How can the U.S. ever achieve significant growth when both the short and long-term methods of economic expansion are so thoroughly challenged?

Despite all of this, consumer spending and saving are not as at odds with each other as some would believe. Although it is clear that, by definition, every penny spent cannot be saved, there must eventually be some balance where consumers can both spend and save in productive ways. The only way to achieve both is to raise real incomes, which have been flat for years, or to reduce household expenses, which show no signs of slowing.

The easier of the two may be to raise real incomes – research has shown that a higher minimum wage would put much-needed upward pressure on wage growth, and that investing in affordable higher education would better prepare Americans for a global economy that demands skilled workers. Passing legislation to incentivize a nationwide increase in union membership would provide a strong bedrock for wage protections into the future. Lastly, a more progressive taxation system with a larger emphasis on the highest earners could better alleviate the U.S.’s skewed income distribution and provide sources of revenue for expanded safety nets and programs to boost middle-class income.

The nation’s greatest challenge lies in expanding the disposable incomes of Americans, without which it will never achieve significant future economic growth. Despite the optimism of the current administration’s economic outlook, the reality remains: there needs to be renewed discussion and acknowledgement that there are major structural issues in the U.S. economy that have yet to be resolved even years after the financial crisis.