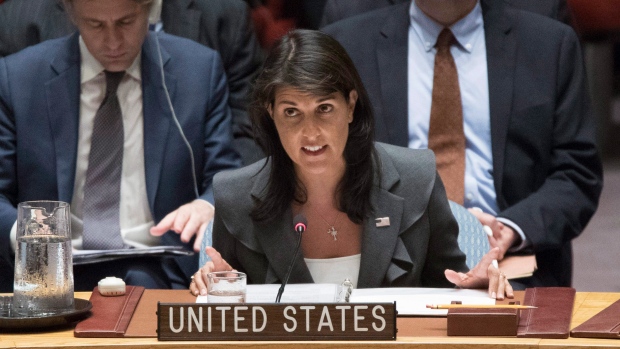 2018 marks the third year since the United Nations launched the Sustainable Development Goals (SDGs). The agenda set forth 17 goals for the international community to reach by the year 2030. Among these are the ambitious objectives to end hunger and poverty. With total buy-in from world leaders, many of the goals and their respective “indicators” (smaller, more targeted goals) could be achieved in the remaining years of the commitment. Unfortunately, progress on achieving the SDGs is hindered by the ongoing struggle of the Trump Administration to define the role of the United States in the United Nations.

The attitude of the Trump Administration towards the SDGs, on the other hand, could best be characterized as begrudging support. The new administration has worked hard to reduce the number of resolutions and initiatives that limit the sovereignty of UN member states. This desire for autonomy is one of the reasons the U.S. has not been vocal about the implementation of the Sustainable Development Goals. Any mention of the 2030 Agenda in a UN document now elicits a caveat from the United States, reminding the international community of the limited legal reach of the goals. For example, in a recent Explanation of Position from the U.S. Mission to the UN, a representative said: “We applaud the call for shared responsibility…However, the 2030 Agenda recognizes that each country must work toward implementation in accordance with its own national policies and priorities.”

The lack of enthusiasm for the Sustainable Development Goals, and many other resolutions, supports the administration’s goal to make the United Nations more efficient and supportive of U.S. interests. The “America First” narrative is front and center as we pull away from the resolutions, compacts, and committees that the rest of the world is in agreement with. The U.S. is one of a handful of countries that has refused to negotiate or sign the Global Compact on Migration: the rationale behind this decision was that the compact was “an effort by the United Nations to advance global governance at the expense of the sovereign right of States to manage their immigration systems in accordance with their national laws.” Another example of the disengagement from multilateral cooperation is the withdrawal from the Human Rights Council this summer, for which the U.S. cited a lack of efficiency and undermining of national interests. These actions – in addition to the hostile and nationalistic rhetoric – sends a clear message from the Trump administration to the world: The United States doesn’t need the United Nations, but the United Nations needs the United States.

This reluctance to engage in multilateralism and become a leader in sustainable development has created a dangerous vacuum on the world stage – a vacuum that China has been more than happy to fill. China’s recent investments in Africa and the Middle East are part of their strategy to connect the world under the “Belt and Road Initiative.” These development investments signal a desire to expand Chinese international reach under the pretense of “win-win cooperation.” China is participating in what the U.S. once did best: targeting investment and development to areas of strategic benefit to national interests and maintaining a cooperative rhetoric on the world stage. Without at least pretending to get along in institutions like the UN, the Trump administration has yielded territory in international influence to China. If the U.S. does not value the SDGs for their idealism in global cooperation or potential to eradicate poverty, hunger, and inequality; they perhaps may see purpose in investing in development if it means thwarting China’s rising status.

Even if the federal government has not been vocal about implementing the SDGs, many U.S.-based private companies and nonprofits have tried to adhere to the global framework. The United States has avoided participating in the Voluntary National Reviews, a country-specific review of progress on meeting the SDGs, held annually at the UN’s High Level Political Forum. This year, New York City conducted the first ever Voluntary Local Review, a report outlining the successes of NYC’s sustainability efforts and the responses to the challenges of urbanization. Additionally, efforts of private businesses to incorporate the SDGs include the creation of new financing tools like Development Impact Bonds to connect private funders to specific development needs.

The United States remains a global leader with undeniable influence at the United Nations. But if the U.S. truly wishes to share the burden of investing in development efforts, they should inspire action through a strong commitment to the SDGs and deliberate multilateral partnership – not through shows of reluctant and conditional support.