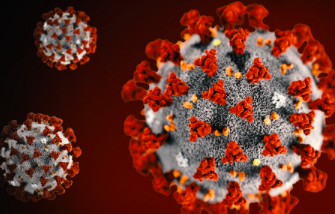 On January 21, 2020, COVID-19 reared its ugly head in the United States. Since then, the number of infected individuals in this country has exceeded 7,000 people and shows no sign of stopping. As a result, WHO and the CDC have urged governments to take the necessary precautions in order to mitigate the spread of the virus. However, despite their best efforts, containment faces a major obstacle in the US: its own healthcare system. While it certainly isn’t the sole reason for the rapid spread of the COVID-19, it will undoubtedly worsen the situation. Ultimately, the virus reveals that socialized healthcare is necessary for the promotion of public health in the United States.

Data is absolutely essential to the containment of an epidemic. According to WHO, the severity of a disease outbreak can be reduced if communities are able to effectively identify infected individuals. However, the structure of the American healthcare system makes it difficult to confirm potential COVID-19 cases. If an individual in the United States decides to get tested for the virus, the hospital will, among other things, charge them exorbitant prices for using the testing equipment. For example, in February, a Miami man returned from a work trip to China and began experiencing flu-like symptoms. Consequently, he decided to get tested for the virus; although he fortunately tested negative for the virus, he received a $3,270.75 bill from the hospital. For many Americans, a medical bill of that magnitude would be financially devastating, and that’s not even considering the cost of being quarantined and treated for the virus. It’s simply not viable for members of the middle and working class to get tested, especially if they’re uninsured.

Even those who are willing to spend the money to get tested face obstacles in their professional life. Currently, there are no federal laws mandating paid sick leave for employees (although there are 12 states with paid sick-leave laws). This means that an individual who tests positive for the COVID-19, and is subsequently quarantined, will likely receive no compensation during their recovery period. Although they might retain their job, they will not be able to pay their bills unless they have some other significant source of income. Getting tested for the virus simply isn’t worth it for many Americans; it’s easier to risk the 3% fatality rate of the COVID-19 than it is to risk bankruptcy or unemployment. The lack of compassion extended to sick individuals in the U.S. will inevitably exacerbate the spread of the disease.

One of the virtues that the United States values most is independence; the image of the self-reliant, self-made man is pervasive in our culture. This ethos has made its way into our healthcare system; rather than using a socialized system, each person is expected to find their own way of paying for their medical bills. However, this is a flawed philosophy, especially when it comes to healthcare. The COVID-19 makes it evident that we need to exercise compassion and generosity when dealing with public health issues. The afflictions of an individual person, more often than not, affect the collective. If the U.S. hopes to properly contain this epidemic, it must offer assistance to everyone, regardless of income.