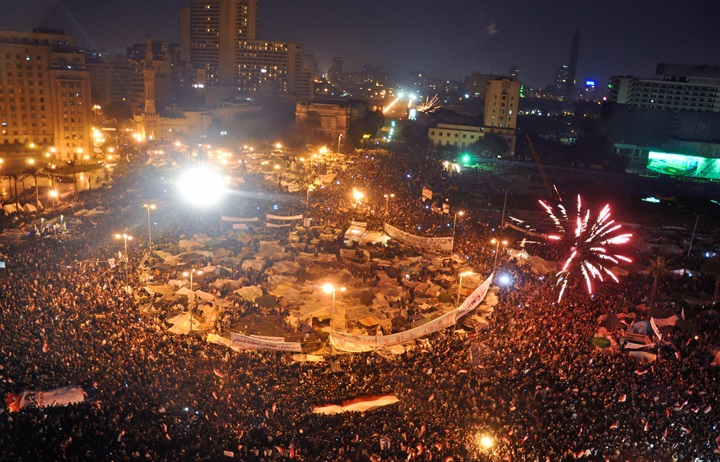 When the Arab Spring erupted, quite literally, with a spark caused by Mohamed Bouazizi’s self-immolation in Tunisia, the international community watched with bated breath.  The region that we had long written off as consistently oppressive, backwards, and anti-democratic, was beginning to wake up, finally, and smell the sweet fragrance of freedom and democracy.  The masses across the Arab world were shaking off their oppressors and demanding the political and social freedom that they had been denied for too long.

As of this writing, the protests led to rulers being forced from power in Tunisia, Egypt, Libya, and Yemen; civil uprisings and civil wars erupting in Bahrain and Syria; and more minor protests simmering throughout the region.  Tunisia is largely considered the most successful of the bunch, with the nation holding its first presidential poll in 2014 since the ousting of 23 year president Zine al-Abidine Ben Ali, and with reportedly low levels of violence.  The international community has breathed a sigh of relief when it comes to Tunisia as it has remained relatively quiet and stable, unlike its neighbours.

Egypt has us worried, however.  Following the resignation of Hosni Mubarak in 2011, the military (Supreme Council of the Armed Forces – SCAF) took power, which many believed would lead to “free and fair elections.” In 2012, Mohamed Morsi, a leader within the Muslim Brotherhood, was elected president through these elections, which was supposed to end the SCAF transition period.  The military, however, did not completely step down and was responsible for the ultimate deposition of Morsi in 2013.  The head of the military, Abdul Fatah al-Sisi, eventually became president in 2014.  A military leader as president is not exactly what we had been hoping for at the glorious start to the Arab Uprisings.  Syria is another example, as President Bashar al-Assad clings to his authoritarian regime, and the nation continues to be locked in a violent and bloody civil war with no end in sight.  Just last month, the American-backed Yemeni government of President Abdu Rabbu Mansour Hadi fell to Shiite rebels, and the possibility of another civil war looms over our heads.

The fire of hope and the possibility of change that captivated international audiences in 2011 has certainly morphed into something entirely different.  We sigh at the apparent failure of this democratic revolution that had promised freedom, and we scratch our heads as we wonder where it all went wrong.  There are several factors that led to this unfortunate outcome.

Military actions themselves have played an important role in determining the democratic or undemocratic outcomes of the Arab Uprisings.  The defection of the military – its decision not to shoot mass civilian protesters – affected the outcomes of uprisings in both Tunisia and Egypt.  The reaction of the military to uprisings is key, because it can ease the end of the regime as in Tunisia and Egypt, attempt to repress the protests as in Syria and Yemen, or completely implode and engage in a civil war as in Libya.

It is also important to consider what happened once the military chose to defect as it did in Tunisia and Egypt.  In the case of Tunisia, the military first chose not to repress the protesters for fear of fragmentation, and then proceeded to take a legalist role and “return to barracks”. In the case of Egypt, the military continued to force its way into the transition and is one of the reasons why Egypt remains unstable, despite claims of democracy.  Additionally, President Habib Bourguiba of Tunisia has made considerable efforts to keep the military separate from politics and Tunisia continues to be made up of civilian, rather than military, elites.  The Egyptian military played a more active role in the government because it had long been subordinated under Gamal Mubarak, the head of the military.

The military’s involvement in repression – as in the cases of Yemen, Syria, Libya and Bahrain – was much less effective in clamping down on the uprisings, instead leading to further violence, civil war and stalemate. In these nations, the military was much more primordial, having been stitched into the patronage and clan networks of the regime.  Because of this, the military was much more fragmented and less capable of acting as a cohesive unit to take down the uprisings.

In Libya, for example, Muammar al-Qaddafi began deploying armed forces across a confusing array, causing some forces to even join the opposition.  Libya has since lost all sense of security and stability, with military factions continuing to clash.  This has prevented any true democracy from taking hold in this unstable nation.

In Syria and Yemen, the clash between the fragmented military and the mass protesters has turned into a stalemate, with neither side making any true gains but with violence continuing to ravage both nations.  Yemen has seen two presidential resignations. And Syria is still locked in a bloody civil war, with President Bashar al-Assad refusing to step down.  The military remains loyal to the regime in these nations but constant repression has proved immensely ineffective.

On the international scale, the influence of alliances has proved to be important.  The Assad regime in Syria, which continues to unleash massive amounts of violence against rebel forces to hold on to its power, is backed by Russia.  Russia has interests in the area for economic reasons as Syria’s largest arms dealer, and strategic reasons as it is against American influence in the region.  The Islamic Republic of Iran also backs the Assad regime because both are Shiite regimes and the rebels are Sunni backed by Qatar and Saudi Arabia.  Syria is also an important ally for Iran, so that the latter can continue to support Hezbollah in Lebanon and threaten Israel.  With this international backing, the Assad regime remains, making democracy nearly impossible in Syria.

In Yemen and Bahrain, international geopolitics have played an important role as well. Neighboring Saudi Arabia and the United Arab Emirates were able to easily send in military backing to the regimes, which is another reason why the Bahraini uprisings were crushed, with Yemen dissolving into further violence.  Saudi Arabia simply does not want a fellow monarchy so close by to fall, thus it has vested interest in crushing all democratic uprisings.  Additionally, British and American support for the Al-Khalifa regime in Bahrain are important. Britain continues to be heavily involved in Bahrain through arms sales, thus increasing international support, however subconscious, for the stability of this regime.

American support for protesters has created quite a mess in its own right.  Initially, the U.S. was in favor of the regime change in Egypt and supported the military because of a belief in an “orderly transition”.  The problem with U.S. involvement, however, is that it is caught between alleged support for protesters and an unwillingness to live with the consequences of this support, namely a chilling in its alliance with Israel. Accordingly, the U.S. has remained relatively quiet as the Arab Spring countries crumble.

Democracy is a tricky concept, making the transition to true democracy quite difficult.  As we have seen with the Arab Spring, there are any number of factors that could make the initial hopes of freedom and democracy go terribly wrong.  From military actions to international alliances, the Arab world was and still is a house of cards.  Tunisia remains stable and on the path to a consolidated democracy, but one nation cannot make the entire “Arab Spring” a true success.  Thus, we must monitor democratic transitions carefully, keeping these factors in mind to help ensure that the spark of hope that democracy creates does not either fizzle and die, or set fire to freedom entirely.