Strict Standards: Declaration of Custom_Menu_Wizard_Sorter::walk() should be compatible with Walker::walk($elements, $max_depth, ...$args) in /home/s2ncq8pxua8t/public_html/wp-content/plugins/custom-menu-wizard/include/class.sorter.php on line 0
 The Bigotry of Low Expectations: The Racist, Illogical Attacks on Voter I.D. – FORDHAM POLITICAL REVIEW
Skip to content
Latest News
The Right is on the Rise in the U.S. But it’s Failing Elsewhere.
Race and Wrongful Convictions
Midterm Elections to Test Trump’s Influence on Republican Party
A Story You Might Have Missed – A Climate Activist and the Supreme Court
A Step in The Right Direction: What Biden’s Reaffirmation of the Armenian Genocide Means for the Future of Human Rights 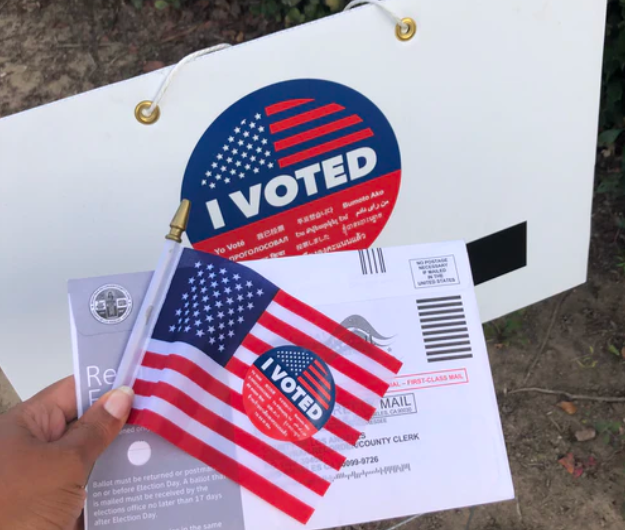 There’s been a lot of hubbub surrounding Georgia’s Voter I.D. Law, and there really shouldn’t be. It’s an entirely fabricated crisis which even a cursory amount of research can quickly and easily debunk. In short, 97% of registered voters in Georgia have a driver’s license or state I.D., which is all that’s needed to prove your identity under this new law. That number alone is incredible, given that only 66% of registered voters even bothered to vote in the 2020 election nationwide (which was the highest turnout in the last 60 years). Part of the reason it’s so high is because, unless one deliberately opts out at the DMV, they will automatically be registered to vote upon getting their license. As for the other 3%, they can vote in person with a photo I.D., which has been Georgia law since 2005. They can also get a Voter I.D. card for free. People can also use a federal or state government I.D., passport, military I.D., tribal I.D., even an expired driver’s license. If that still isn’t possible, they can vote by mail using the last four digits of their social security number, which just about every single American citizen has. That’s the “voter suppression” being railed against by people who couldn’t take five minutes to do a simple Google search. But this is merely a flashpoint in the fight around voter I.D., the arguments against which are unbelievably bigoted and factually inaccurate.

The ACLU has been leading the charge against voter I.D. laws for years now, and they list out three main reasons why they oppose it. First, and the simplest to debunk, is that “Voter I.D. Requirements Are a Solution in Search of a Problem.” While voter fraud thankfully isn’t a massive problem in this country, there have been far more cases than so-called “fact-checking” websites would like to claim. The same people that shriek to the heavens, saying that even a single vote lost due to “voter suppression” is tantamount to upending our republic, don’t seem to care about votes lost due to voter fraud. In other countries around the world, such as Canada, Mexico, Israel and Nigeria, voter I.D. is required, and it isn’t “suppression” there either. There is no logical reason to oppose ensuring that every single vote is legal and honest, unless of course one wants to allow the possibility of fraud or illegal voting. Finally, opposers of voter I.D. cite the cost of educating the public and training poll workers to deal with voter I.D., which makes no sense — there isn’t anything to “train” for. Voters must bring an I.D., and workers must match the picture to the face. It’s as simple as that.

The other two reasons revolve around the idea that voter I.D. laws are discriminatory and make it harder to vote.  The “study” the ACLU, and just about everyone else who opposes voter I.D., cites is from the Brennan Center for Justice. First, it is not a study, but a telephone survey of only “978 randomly selected voting-age American citizens” from 2006. Not only is it an incredibly small sample size (which always creates misleading statistics), but it is also of “voting-age” citizens, not registered voters, not to mention it is over 15 years old. The “study” claims that “millions of American citizens do not have government-issued photo identification, such as a driver’s license or passport.” This is odd, considering that the question asked was if respondents had a current, unexpired form of government I.D., not if they had a form of I.D. in general. As the Georgia law shows, even expired licenses can be used for identification. The “study” also claims that “twenty-five percent of African-American voting-age citizens have no current government-issued photo ID, compared to eight percent of white voting-age citizens,” but they don’t show how they got that number, as there is no demographic breakdown of respondents or any detailing of their methodology. Finally, this survey also says that the results were weighted based on race, and it seems all too likely that they were weighted to get the result they wanted.

The facts of the matter are such: nearly all registered voters already have acceptable voter I.Ds., and in every single state where voter I.D. is necessary, they can be issued for free to anyone who doesn’t have one. Around ¾ of African-Americans support requiring a voter I.D., and around 90% of people of color have I.Ds. It has been shown that voter I.D. requirements at worst have a neutral impact on turnout, if not a positive effect. Arguments calling this “Jim Crow 2.0” highlight the extreme bigotry and racism of these so-called liberals. The idea that White liberals think Black people can’t find the DMV or a licensing office to get an I.D., or when Joe Biden says minorities don’t know how to use the internet, or the idea that Black people don’t ever fly on planes, open bank accounts, drive cars, own guns, buy alcohol, rent or buy homes, get married, buy cell phones, or get cough medicine, which all require a photo I.D. to do, is disgustingly racist and bigoted beyond belief. Opposing voter I.D. is already illogical, and opposing it entirely on the premise that it is somehow racist or discriminatory is racist in-and-of-itself. Anyone who adopts this position surely must think that people of color are too stupid, lazy or incompetent to complete the simple task of getting an I.D. So please, if you believe voter I.D. is racist, stop thinking this way. And for the sake of racial justice, equality, and healing in this country, stop acting so patronizing and condescending towards people who are your equal, and consider that maybe they aren’t as stupid as your biases, conscious or not, make them out to be.