Strict Standards: Declaration of Custom_Menu_Wizard_Sorter::walk() should be compatible with Walker::walk($elements, $max_depth, ...$args) in /home/s2ncq8pxua8t/public_html/wp-content/plugins/custom-menu-wizard/include/class.sorter.php on line 0
 The Bipartisanship of Nuclear Weapons – FORDHAM POLITICAL REVIEW
Skip to content
Latest News
The Virginia Governor’s Race and What it Means for the 2022 Midterm Elections
Kyle Rittenhouse’s Sixth Charge
Looking Back as President Biden Confirms 2024 Run for Re-election
Bill Cosby Trial and the Definition of Consent
The Trial You Didn’t Know Was Happening 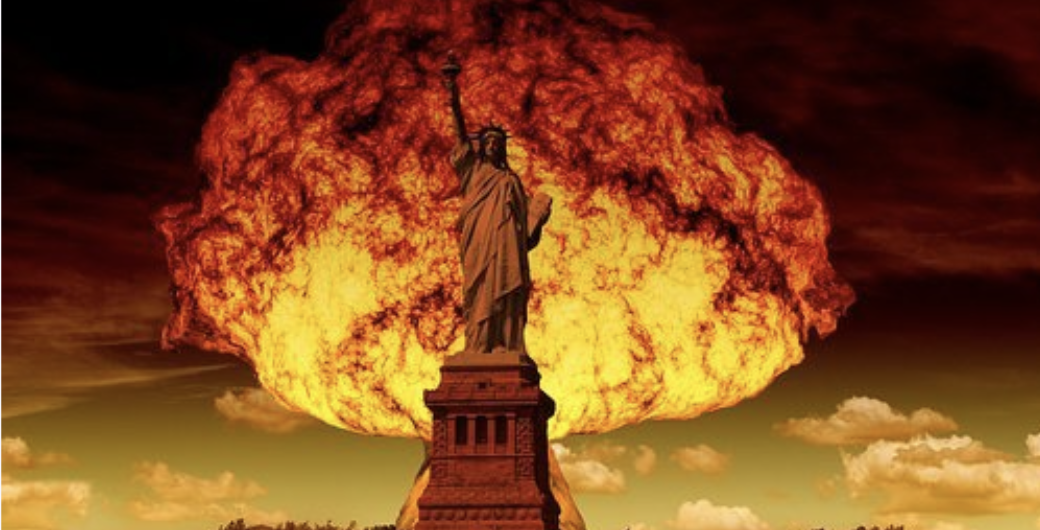 Rarely in the United States Congress can consensus be reached on any topic. Even uncontroversial ideas such as infrastructure have prompted battles and gridlock in the divisions of Congress. However, there is one such topic where bipartisanship has always existed and continues to exist. The United States spends horrific amounts of money on nuclear weapons, and very few in Congress disapprove of this spending.

The National Defense Authorization Act for Fiscal Year 2022 (FY22 NDAA) passed the House by a vote of 336-113 in late September; to get 74% of Representatives to support a bill is nearly unheard of in a divided House. Only 75 Republicans and 38 Democrats voted “no,” while two members abstained. While certain aspects of this bill functioned as radical changes to the United States Armed Forces, such as moving sexual assault cases out of the jurisdiction of the military, the bill upheld the United States’ nuclear weapons policy: the policy of excessive, unnecessary spending and the misallocation of resources.

Key to understanding the wasted resources of the FY22 NDAA is the concept of the military’s nuclear triad – the land leg of intercontinental ballistic missiles (ICBMs), the sea leg of nuclear submarines, and the air leg of bombers. The FY22 NDAA authorizes increases in funding for the B-21 bomber for the air leg, the Columbia-Class SSBN for the sea leg, and the Long Range Stand-Off Weapon (LRSO) and Ground-Based Strategic Defense (GBSD) for the land leg.

Many have criticized the land leg of the nuclear triad as unnecessary for nuclear defense. Nuclear submarines can carry out all of the nuclear strike capabilities of ICBMs. Moreover, the submarines are more likely to remain undetected. In an interview with the nuclear disarmament organization Ploughshares Fund, Matthew Korda argues for the abolition of ICBMs on American soil and bluntly states: “they’re giant targets in the middle of the country that invite really devastating attacks on US soil.”

It is clear that the land leg of the triad is unnecessary and its funding should be minimized. However, President Biden, the House, and the Department of Defense are in complete agreement to raise funding for these missiles. Instead of funding the creation and development of these costly weapons, there should be a higher concentration of federal funds allocated to international disarmament efforts and the cleanup of domestic nuclear waste.

The pandemic has relegated the cleanup of nuclear waste to nothing more than an afterthought, despite the horrific consequences of ignoring waste cleanup and management. Marginalized communities and communities of color are typically located near nuclear waste sites and face the worst consequences: increased rates of cancer, destruction of the land, and severe health defects for children. Even specific locations in New York City have received the label of Superfund sites – areas with hazardous material contamination.

Bipartisanship is so rare in the United States, and it is insulting to the American public that one of the only areas in which cross-party support exists is in the creation of horrific weapons of mass destruction. Fighting climate change, reducing income equality, revamping crumbling infrastructure – spending money on any of these policies would be significantly more beneficial to the American public. Yet, the spending on nuclear weapons will only maintain the United States’ presence in an ever-long cold war, especially as more nations gain access to these constantly innovated weapons.