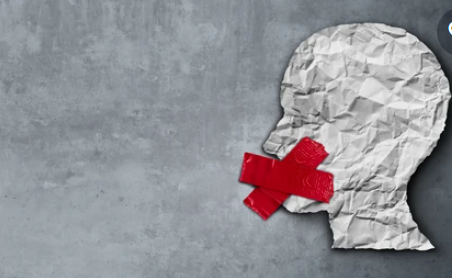 Our modern take on the classic children’s fable “The Boy Who Cried Wolf” replaces the little woodsy village with the grand classical architecture of our nation’s capital. The boy of our story is not a boy but rather a man, Missouri Senator Josh Hawley (R), who shouts of a tyrannic and oppressive “cancel culture” that he claims threatens him and those like him, like a wolf threatens sheep. His incessant shouting has blinded both himself and those like him, whom he claims are under attack from these oppressive forces, to the real forces of oppression at work in our nation, like white nationalism, police brutality and the attempted overturning of democratic elections (the last of which Hawley knows all too intimately).

Sadly, this is not a made-up and cautionary tale for children but a very real, yet still cautionary, series of recent events. Defined loosely by dictionary.com as “the popular practice of withdrawing support for (canceling) public figures and companies after they have done or said something considered objectionable or offensive,” “cancel culture” has grown to be a rallying call of Trump supporters and members of the GOP who fear accountability for their actions, especially in the wake of the insurrection at the Capitol on January 6. During the defense of former President Trump in his second impeachment trial, his lawyer Bruce Castor called the efforts “constitutional cancel culture.” For a group of people that attempt to insult liberals by calling them snowflakes, they thrive in a self-created and self-maintained echo chamber of perpetual victimhood. This echo chamber, insulated by conservative media and major political figures, subsists on the often contradictory concept of “cancel culture.”

Sen. Hawley has become the poster boy for the GOP’s crusade against “cancel culture.” Hawley, in channeling his evangelical roots, writes and speaks about “cancel culture” in a fashion reminiscent of early American evangelicals; he riles up fear in an apocalyptic firebrand tone much in the way Jonathan Edwards threatened hell upon the unworthy. In his controversial op-ed, titled “It’s time to stand up to the muzzling of America,” Sen. Hawley addressed his perceived issues with “cancel culture” and his apparent “cancelation.” Feeding on fear of communism, Hawley claimed acts such as calling for his resignation and Simon and Schuster dropping his book are the “latest corporate import from Communist China.” The senator is a capable and intelligent politician; he knows Americans, especially Republicans, fear the specter of communism, much like the foreboding hell of Edwards. Hawley makes clear we are but one step away from communism, and only by following him in his righteous quest can we avoid this damnation. The threats to good Christian American life are clear: “Your church, well, you can still attend for now, but go to the wrong church and you may not have a job in a few years.” What’s more: “The alliance of leftists and woke capitalists hopes to regulate the innermost thoughts of every American, from school age to retirement.” Hawley continues in his fear-mongering throughout the entire piece, hoping to frighten Americans into following him.

The claims that Hawley makes throughout, besides being deceivingly alarmist, are in direct contradiction to the free market and First Amendment attitudes he holds. Businesses, in accordance with their rights in a free market capitalist system, have stopped making political donations to those who objected to the 2020 election results. According to Senator Hawley, those businesses are “rush[ing] to cancel those it dislikes” and this “should trouble you.” This seems to me to be the act of a free market, especially in consideration that the Supreme Court ruled, in Citizens United v. FEC, that money was speech and thus protected under the First Amendment. Hawley has also called for increased government regulation of big tech, an issue which has support from many Democrats but seems to be in direct conflict with his proclaimed free market and anti-regulation propensities.

As someone who is apparently canceled and cannot go into the public eye because of said cancelation, Josh Hawley is in the media quite often. He has been interviewed on Fox News numerous times since his article about being canceled, usually talking about it on live television broadcast to millions. In a tweet to his 593,000 followers, Hawley thanks 14 different Missouri reporters for interviewing him. These acts make the concept of an all-powerful “cancel culture” difficult to believe.

Take, for instance, the call for the boycott of Goya after CEO Robert Unanue praised President Trump at a White House event. This boycott was met with swift and adamant opposition from the right, with Unanue stating in a Fox News interview that the movement was a “suppression of speech.” An opinion article in The Washington Times called it “virtual arson,” Senator Ted Cruz (R-TX) tweeted “the Left is trying to cancel Hispanic culture and silence free speech,” and Republicans called for a “buycott” to counter the boycott, which included an ethically questionable endorsement of Goya by Ivanka Trump in a tweeted picture. When government watchdogs called out the possible ethical issues with the endorsement, the White House hit back with claims of media bias and cancel culture.

Yet, when Nike stood behind Colin Kapernick in his taking of a knee to protest police brutality, there was an outpour of calls for a boycott from the right. Internet conservatives burned their Nike shoes, Trump tweeted his support, and the same Ted Cruz who tweeted about the Goya boycott silencing free speech also tweeted his plans to never buy from Nike again, looking for a sneaker company “that’s not so woke.” The inherent hypocrisy of boycotting as “cancel culture” is but one example of the contradictory nature of this artificial woe.

Another conflicting component of “cancel culture” is the political censure. Hawley names the calls for his resignation “cancel culture” in his op-ed, while Rep. Jordan (R-OH) said the removal of Rep. Greene (R-GA) from her committee appointments, after her proliferation of wild conspiracy theories was further revealed, proves “cancel culture knows no limits.” Greene herself tweeted, “It’s not just me they want to cancel. They want to cancel every Republican. Don’t let the mob win.”

Yet, Republicans have used censuring recently as well. Many of the GOP representatives that voted to impeach former President Trump in his second impeachment trial have faced censure in their home states. Rep. Cheney (R-WY) was censured by the Wyoming GOP and additionally was attempted to be removed from her leadership position within the House GOP. I ask of Republicans, are these examples of the “cancel culture” I have been warned about?

There is one thing on which I can agree with Sen. Hawley, and that is when he wrote, “For those who still believe in free speech and the First Amendment, this is the time to take a stand.” There is no time like the present to call out men like Josh Hawley for the truth behind their claims of “cancel culture”; Hawley is an opportunist who knows inflammatory and portentous rhetoric will win him votes. Like the Big Lie, it does not have to be coherent or consistent, it just has to be enough to evoke fear and hate. The consequences Hawley and fellow prominent Republicans are seeing are not the result of “cancel culture.” They are facing, for seemingly the first time, accountability. And it scares them as much as “cancel culture” is meant to scare us.