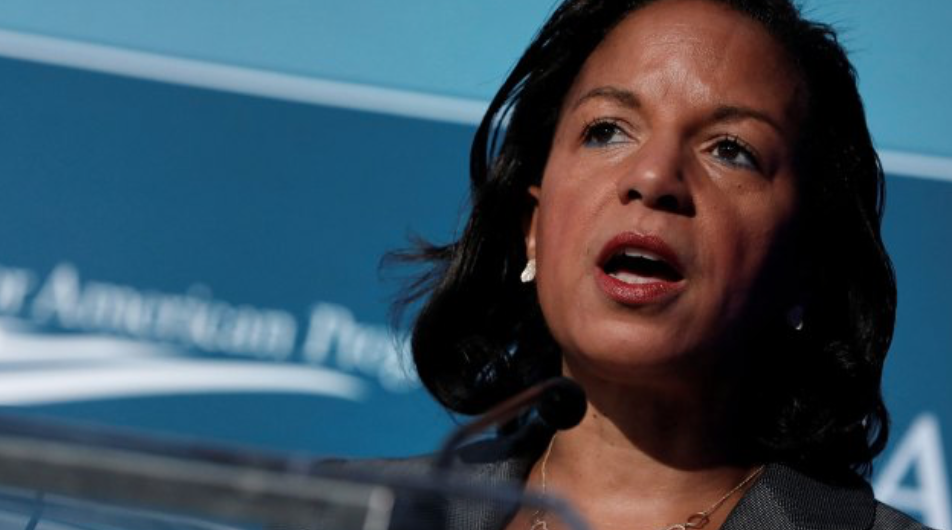 America is dealing with a triad of crises: a global pandemic, an unprecedented financial collapse, and widespread racial inequality. President Joe Biden, if he succeeds in ending the nightmare that is the Trump White House, will by necessity spend much of his time addressing these domestic issues. He will need a strong, capable partner with experience working outside the United States. The rest of the world is crying out for America’s help. Under Trump, the United States has quite literally walled itself off from the outside world, vilified previously staunch allies such as South Korea, and alienated global leaders like Angela Merkel. Now more than ever we must recommit ourselves to internationalism and multilateralism. A Vice President Susan Rice will bring the experience, leadership, and strength needed to rebuild America’s global image, reconcile with estranged allies, and lead the world in the war against COVID-19.

Susan Rice has an enviable academic record. In high school, she was a three-letter varsity athlete, president of the student body, and valedictorian of her graduating class. Rice went on to study at Stanford University where she was awarded a Truman Scholarship, one of the most prestigious national awards in the country. Rice later attended the University of Oxford on a Rhodes Scholarship, often considered to be the most prestigious and selective scholarship in the world.

In her illustrious professional career, Rice first served as a foreign policy aide to Michael Dukakis during the 1988 presidential election. She later worked as a management consultant at McKinsey & Company, and after a short stint in the private sector joined the Clinton administration in various capacities including working on the National Security Council. Following the election of George W. Bush, Rice worked as a senior fellow at the Brookings Institute where “she focused on U.S. foreign policy, weak and failing states, the implications of global poverty, and the transnational threats to security.” Under the Obama administration, Rice served as U.S. Ambassador to the United Nations (2009-2013), becoming the first black woman to represent the United States at the UN. She won bipartisan praise for her leading role in imposing the toughest sanctions to date on Iran and North Korea over their nuclear programs, and for reaffirming U.S. commitment to the UN and multilateralism. In her final Obama administration post, Rice served as U.S. National Security Advisor (2013-2017) where she championed the implementation of the now-defunct Iran nuclear deal.

This wealth of international experience is exactly what Joe Biden needs in a Vice President. The Biden campaign has been strategically quiet on the foreign policy front, content to outline only domestic plans. Joe Biden is perhaps the most establishment candidate possible with decades of experience shepherding legislative bills across Congress both as a legislator and as Vice President. Biden will be capable of doing much of the same as President. What he sorely needs is a trusted representative for international outreach. As her record and incredible resume suggest – Susan Rice is the best choice.

It is all but guaranteed that the Trump campaign, its surrogates, and Trump himself will unleash an onslaught of ad hominem attacks against Susan Rice, should she become the Vice-Presidential nominee. Critics like to point out that she would be the first person chosen for vice president without prior elected experience since 1972. However, these critics – mostly Republicans – conveniently overlook the fact that President Trump himself had not held “elected office” either prior to his 2016 Presidential run. In fact, coming to Washington as an “outsider” was the Trump campaign’s central selling point. Another common GOP smear frequently leveled at Susan Rice surrounds her involvement in the 2012 terrorist attacks in Benghazi, Libya. At the time, Rice was serving as U.S. Ambassador to the UN and after the attacks were tasked with explaining what happened to the American people. In the days following the tragic death of U.S. Ambassador to Libya Christopher Stevens, Rice appeared on all five major American Sunday morning talk shows and referenced CIA talking points saying the protests occurred “spontaneously” and were not “premeditated or preplanned.” Since Rice’s comments, there have been persistent accusations that she intentionally misled the public, a claim that all 10 Benghazi investigations failed to prove. Now a frontrunner in the Veep sweepstakes, Rice has been thrust back into the national spotlight, prompting attacks from both sides of the political aisle. Supporters say that Ms. Rice, 55, has endured attacks that carry clear undertones of sexism. Just last week, former Democratic chair Ed Rendell attempted to praise Rice, saying “[s]he was smiling on TV, something that she doesn’t do all that readily.” While Tucker Carlson, a demi-god in the MAGA universe, recently described Rice as a “threat.” Rice has also been cast as a “deep state” villain by the conspiracies theorists that make up a large part of Trump’s MAGA base. These criticisms are almost laughably in their absurdity and dismaying in the picture they paint of an America still uncomfortable with the thought of a powerful, black woman.

The ‘Trump experiment’ has failed in epic proportions. The United States has more COVID-19 deaths than any other country in the world and has the 8th highest death rate per 100,000 population. The country, and the rest of the free world, is in desperate need of competent leadership. A Joe Biden-Susan Rice ticket will bring the decades of experience necessary to turn the tide against COVID-19, lead the U.S. out of the worst financial catastrophe since the Great Depression, bring to the country together in the wake of George Floyd, and project American strength to allies and adversaries alike. Susan Rice should be the next Vice President of the United States of America.