Skip to content
Latest News
Who’s to Blame For Texas?
$15 Minimum Wage: A Fantasy or a Reality?
H.R.127 and the Idiocracy in Government
Filibuster Reform
Andrew Cuomo Needs to Apologize 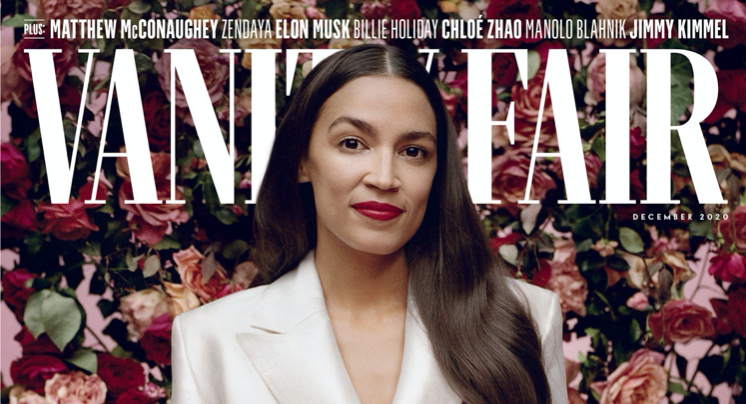 Without a doubt, Gen Z receives a majority of its political news on social media. Not only is this harmful and often misleading, but the consumption of political news via social media has also led to an increased infatuation with politicians. As a new voter, I had not been very aware of politics until the Trump administration. However, I recognize that there was a great love of President Obama, especially since, during his two terms, social media began to boom. Of course, when teens are consuming their news from Buzzfeed, that highlights Obama’s lighthearted “dad” jokes and his relationship with his two college-age daughters, he is elevated to celebrity status. As for politicians currently in office, I don’t think it is up for argument that the Left idolizes Alexandria Ocasio-Cortez.

One must acknowledge that AOC is also an incredible role model for young women, and she is a powerhouse. That being said, I am more moderate, so I do not share some of her stances, but, as a young woman, I am more than happy with the change and impressed by her intelligence and ability to command a room. However, the idolatry of Ocasio-Cortez is alive and well, in part due to Gen-Z’ers on TikTok. #alexandriaocasiocortez on TikTok has nearly 100 million views. It is worth mentioning that Ocasio-Cortez’s Instagram following on her official government account is under 1 million, whereas her personal account has 7.8 million followers; this speaks to the fact that her worshippers aren’t necessarily in tune with her stances on policy (this is also true for many other politicians, such a pattern proves to be true). Ocasio-Cortez graced the cover of the December 2020 Vanity Fair issue, which speaks to the rise of power and pedestal she has been placed on by the younger generation. The obsession with AOC is sometimes associated with her beauty and looks, leading those who venerate her to become less informed and rational in their understanding of complex political situations, which will ultimately lead to ignorant rule by the masses. It can be concluded that the glorification of this Democratic socialist, as she labeled herself, and other politicians with similar views, such as Bernie Sanders, has led to further division and polarization between Democrats and Republicans.

The love and obsession with AOC also furthers the divide between political parties, especially since Trump has served as a Republican president who lacks a clear Republican ideology (or  any ideology for that matter) and also has a devout set of supporters. I am not likening Trump and AOC in any way, as Trump is the misogynist, racist, and bigot that stands for everything A.O.C. rightfully denounces. Moreover, while Trump is extremely popular with the older voting bloc, AOC recently played a game of Among Us on livestream, which certainly serves her agenda by relating herself to the generation of voters that will continue to put her into office in the coming decades. AOC is not infallible, and neither she nor any politician should be put on a pedestal. It makes it harder to criticize them when they fail or make mistakes. It is important to hold our elected officials accountable, and glorifying them makes it more difficult.

Although not a member of the executive or legislative branch, the late Ruth Bader Ginsburg has long been worshipped as the “Notorious RBG,” a nickname coined in 2013 by one of the two women who published the biographical book Notorious RBG: The Life and Times of Ruth Bader Ginsburg in 2015. This nickname and book quickly became a brand with RBG merchandise (the merchandise is not affiliated with the book’s authors) being sold at nearly every gift store and online retailer. An upscale Manhattan boutique even sells $380 cashmere sweaters dedicated to RBG. I must admit that I am not immune to idolizing political figures. I have admired RBG and even own RBG memorabilia. Among my RBG apparel are mints called “RUTH BADER GINSBURG JUDGMINTS,” which bear a cartoon image of RBG, and a pencil pouch that says “Speak the Ruth” with her face embroidered onto it.

There is no denying that RBG has garnered a cult-like following since the coinage of “Notorious RBG” in 2013; however, this is a bit startling since this idolatry prevents us from seeing the dangerous politicization of her role, which was deliberately made to be apolitical. Without a doubt, she has long protected equality and the rights of women alike, but she should not be idolized as this perfect and untouchable individual. In recent years, the late Ginsburg made a couple of controversial decisions in Supreme Court cases. This past year, Ginsburg joined in the majority opinion in a decision to clear the Appalachian Trail pipeline. In this case, environmental activists attempted to stop the construction of such pipelines on the grounds that the U.S. Forest Service could not issue a permit for the pipelines because the Appalachian Trail is protected by the National Park Services. The implications of pipelines are widely known, including their effects on wildlife and forests as well as their dangerous, toxic emissions that come alongside the dangers of fracking.

Additionally, this pipeline would disproportionately affect people of color, especially Native Americans and black people in the area’s low-income communities. Therefore, Ginsburg’s joining in on the majority on this 7-2 decision calls into question the sense of infallibility her glorifiers created. It is important to recognize that RBG’s job as an associate justice was not to serve as an activist or leftist icon but to hear cases and interpret the law. By slapping her on tacky tote bags and aesthetically pleasing @feminist Instagram posts, it diminished her authority on the bench as an associate justice and a scholar of constitutional law.

For some reason, I had faith that my generation would become more accepting of moderate perspectives and not become so extremely polarized. However, the glorification of these politicians is causing further polarization. Let this article serve as a reminder that politicians are public servants: they owe you for putting them in powerful positions, and they are supposed to listen to their constituents. Go ahead, respect your politicians as individuals who enact policy that benefits you and society as a whole, but don’t treat them like celebrities.