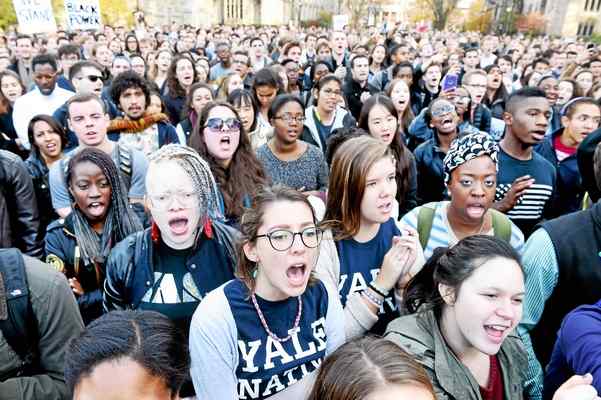 This past week, Yale University announced plans to rename one of its residential halls bearing the namesake of John C. Calhoun, a nineteenth century statesman and passionate defender of slavery. This decision comes in the wake of the growing controversy surrounding the administration’s initial pledge to keep the name as a biting reminder of our nation’s past transgressions to teach future students about all we’ve had to overcome.

Despite its initial pledge, Yale swiftly reversed course and conceded to the demands of those who wish to see every blemish of our history purged from the history books. If today’s culture were not so politically correct, Yale’s decision might have been more easily forgivable or, at the very least, its instigators be subject to less cynicism concerning the possibility of ulterior motives. Whether or not this change really furthered some nobler end, however, is by and large irrelevant to the greater danger of unbridled revisionism carried out by indignant, politically correct folk. The profounder evil is opening our long-standing traditions to a burgeoning relativism that seeks to dismantle anything in its path for no legitimate end beyond temporarily appeasing its own, insatiable appetite.

As long as Calhoun’s namesake continues to no longer serve as a sobering reminder of our nation’s past, who is to say future generations won’t be more readily susceptible to lapses in moral judgment given modern predispositions to expunge even the slightest of disquieting truths from the public consciousness? Have we as a civilization finally reached a level of moral apotheosis that allows us to purify our past with total confidence that no future American will commit an equally abhorrent sin? By establishing this precedent to remedy our past as it comports with today’s moral framework, are we not effectively giving future Americans total leverage to erase from today what they deem morally impermissible by tomorrow’s standards?

The exercise of moral revisionism is as ridiculous as the perverted ideology of those who advocate its doing. This habit of tarnishing the legacies of historical figures purely and simply due to a position or belief we now find unacceptable also does a disservice to the many positive contributions that came from these men whose legacies are under attack. Woodrow Wilson, being another recent target of revisionism, navigated our nation through the First World War and then passionately campaigned for the League of Nations, an ambitious international peacekeeping project that set the template for the United Nations. In addition to his accomplishments on the global front, Wilson’s ideas about progressive government still remain salient, fortifying a legacy that seemed unbreakable until just last year, when leftists at Princeton – a university for which he dedicated many years of his life as a student, professor, and president – waged a successful campaign to remove a painting of his likeness based on his racist views. There was also another campaign last year to rename the Woodrow Wilson School of Public and International Affairs, but it was ultimately struck down, though not without controversy, by Princeton’s Board of Trustees.

Indeed, Wilson is by modern standards an unabashed racist. He viewed African Americans as fundamentally inferior and sought to bar their admission from his institution as other Ivy League schools began admitting them. However, it’s also critically important to befit Wilson, a man born in Virginia nine years before the outbreak of the Civil War, to the times in which he lived. That is not to say Wilson’s views on race — or Calhoun’s for that matter — should be discounted simply because he grew up in different times, but it is equally important to note that these views were considered outmoded not just by today’s standards, but also in many parts of the country by the standards of the times in which they were expressed.

For instance, Calhoun’s view of the “positive good” of slavery was not the predominant view of the majority of the country in 1850. And even in 1933, when Calhoun was chosen as a namesake for the new residence hall, there was some controversy surrounding the decision. However, the name remained unchanged in the eight decades that followed, despite being susceptible to the moralities of different people across several generations. Now more than eighty years onward, it seems that we should take extra precautions to preserve our history, particularly in today’s era of hyper sensitivity in which many on the left readily pounce on even the slightest “microaggression.” This is not to say that change should never be welcomed, but in times like these it would be more advisable to buckle down on long-standing traditions, lest we want to risk giving in to the forces of a revisionism that may wind up being less edifying and more Orwellian in the long run.

Lastly, if we take this moralizing to its extreme, who from our history books can be spared from the towering judgment of today’s self-righteous demigods? Surely none of the founding fathers who were slave-owners, nor Teddy Roosevelt for his bigoted views of American Indians, nor Franklin Roosevelt for his decision to intern Japanese Americans. And why not forsake the great emancipator, Abraham Lincoln, for expressing on several occasions his view that whites were superior to blacks?

The key point is that there will always be ugly truths in our past since mankind has and always will continue to be imperfect. As difficult as it may be given today’s politically correct zeitgeist, we must face these harsh truths head on, simultaneously taking pride in all that we’ve overcome and yet mindful of the complex legacies of some flawed, but great, men in our history.