Skip to content
Latest News
The Utility of Trigger Warnings in College Classrooms
Schumer’s Voting Rights Legislation to Restore Threatened Voices
Why Is Child Care So Expensive?
The Disciplinary Actions of the NYPD
In the Supreme Court’s Hands: Abortion and Second Amendment Rights 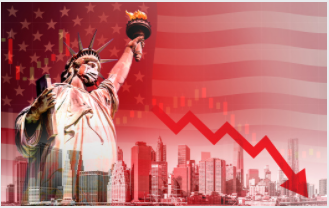 Twenty-eight trillion dollars. That is the latest estimate of the U.S. federal debt, and there’s no sign of it slowing down anytime soon. Massive government debt is certainly nothing new for the United States, but Congress’s willingness to borrow has become particularly alarming in the recent past. Fifty years ago, the country’s debt stood at approximately $400 billion. Eight recessions, three wars, and one pandemic later, the U.S. has its largest debt-to-GDP ratio ever, reported at a whopping 129 percent, compared to just 34 percent in 1971. The debt and deficit have particularly ballooned in the last year as a consequence of the multiple stimulus packages spent by Congress to combat COVID-19 and the harm it has caused our economy. Thus far, Congress has poured nearly $4 trillion of borrowed money into the economy to alleviate the pain caused by the pandemic and prevent the virus from infecting the long-term health of the American economy. The Congressional Budget Office projects the country to run a $2.3 trillion budget deficit this year and projects a similar figure for 2022. Beyond the costs of the pandemic, Congress and the President have taken steps to expand government spending in other areas as well. Earlier this month, President Biden unveiled his $1.9 trillion plan, which includes spending on programs such as infrastructure, affordable housing and clean energy initiatives. While the plan also includes a hike in the corporate tax rate to 28% from its current 21%, this increase in taxes is still not projected to be enough to cover the costs of the proposal. A number of elected officials have publicly expressed their distaste for this proposal and their opposition to allocating government funds to these programs. However, debating the merits of these programs is a separate discussion and immaterial to the point that running multi-trillion-dollar deficits each year is unsustainable. Likewise, few doubt that the attempts by Congress and the Fed to combat the pandemic over the last year were necessary in preventing what could have very well been a global financial meltdown. Extraordinary circumstances warrant extraordinary measures. Similarly, history has shown us that it is preferable to err on the side of superfluity rather than austerity, especially in times of crisis. However, it is important to address the ramifications of this borrowing and spending and, moreover, recognize that this level of excessive borrowing cannot go on forever or perhaps even much longer.

Excessive borrowing is not an issue that was born of the pandemic. The concept of “buy now, pay later,” is certainly nothing new for Congress. The last time the treasury had a surplus in its yearly budget was 2001. Since then, excessive government borrowing has become the norm. Flashback to 2019, before the pandemic and during a time of economic prosperity, the federal government spent $1 trillion more than it collected in tax revenue. That deficit is the largest the country has ever had when not in the midst of a major war or recession, even after adjusting for inflation.

Why must we borrow so much so often? In a system of government in which elected officials are concerned primarily with the short-term satisfaction of their constituents, debts and deficits become the problem of the next incumbent. Historically, conservatives have pushed for cuts in both taxes and spending whereas Democrats have pushed for the opposite, favoring increasing in government spending and taxes. Instead of compromising and finding the right balance between the two ideologies, our leaders compromise in the wrong direction by increasing spending and cutting taxes. Considering the country has its largest inflation-adjusted deficit and largest debt-to-GDP ratio ever, the problem of the debt and deficit have never been greater than they are right now. But, how much of a problem is it? And what does this mean for our country?

Economists have not reached a consensus as to what they believe the long-term consequences of limitless borrowing may have on the American economy. Traditionally, economists have supported the notion that a balanced budget or minimal deficit spending are ideal during times of prosperity. However, since the emergence of the Modern Monetary Theory (MMT) and economists’ increasing willingness to accept it, there has been doubt cast on whether massive government borrowing is a problem at all. Proponents of MMT suggest that, as long as a country is in complete control of its currency, like the United States, it is nearly impossible to default. The theory suggests that when counties borrow money in their own currency, they are creating wealth and therefore can never actually ‘run out of money.’ The merits of this theory remain widely debated, but, regardless of the accuracy of MMT, it has given Congress an excuse to unreservedly borrow and neglect the country’s snowballing debt. Hopefully, for the sake of our country, Modern Monetary Theory holds weight, as the alternative theories have much more ominous outcomes.

While the long-term consequences of borrowing remain unclear, the short-term consequences are far less subject to debate. Government borrowing is financed through the issuing and sale of Treasury bonds, which are purchased by individuals, institutions, intra-government agencies and foreign governments. When the private sector purchases government bonds, effectively lending money to the federal government, the amount of available capital that could be used to finance other projects in the private sector decreases, and government borrowing ‘crowds out’ private investment. Additionally, as the supply of government bonds increases with more borrowing, the price of bonds will likely fall, causing interest rates to rise. As interest rates on treasuries rise, it will become more difficult for private debt issuers to entice investors to purchase their bonds without paying a high enough rate of interest to compete with government bonds. Finally, the negative short-term consequences of government borrowing are most palpably felt from the massive sum the U.S. pays in interest on outstanding debt. In 2020, the federal government paid roughly $345 billion in interest on the debt alone. To put that figure in perspective, it is more than twice what the federal government spends on education, housing and energy combined. And it’s only getting worse. The $345 billion interest payment represents roughly 8% of our entire federal budget. The Congressional Budget Office estimates that by 2029, net interest payments on our debt will rise to 16% of our budget. To allocate the funds to pay for these interest payments, the federal government will likely be forced to cut funding for government programs, increase taxes, borrow even more money or all of the above.

As government debt continues to skyrocket, some of our leaders have made demands to reform. Senator Rand Paul of Kentucky, a libertarian and deficit hawk, has alluded multiple times to the idea of passing a constitutional amendment requiring the federal government to maintain a balanced budget every year. Demands for such an amendment may be overblown; however, in the best interest of the long-term prosperity of the American people, it is time our leaders consider incrementally returning to sensible levels of spending and borrowing. Deficits are not inherently unhealthy for the country, but consistent profligate borrowing relative to the size of our economy, over a long period of time, will have consequences. It’s dangerous to believe that Congress and the Fed can create real resources and real wealth out of nothing.

At the moment, there is little doubt that the United States will have any issue repaying the money it has borrowed. The U.S. dollar remains the world’s default currency and the public’s faith in the robust American economic machine has not faltered. However, if our government continues to behave as if debts and deficits do not matter and borrow at will without considering the consequences, then confidence in America’s ability to pay back its debt may begin to wane. The slightest injection of doubt in the markets about American’s ability to repay its debt could have ripple effects that may cause irreparable damage to our country’s health. After all, the well-being of our economy, our government and our currency all rely on the same element: faith.