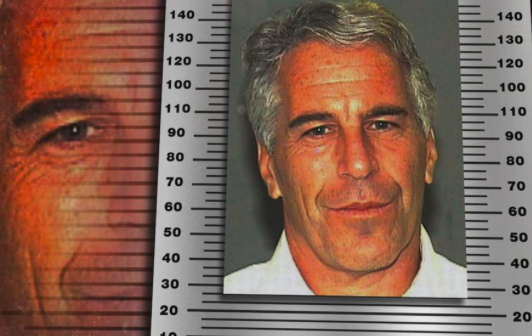 Jeffrey Epstein is dead, and thank God about it.  We can all move on with our lives.

It took me a while to be able to sit down and write this article, because I wasn’t sure what exactly I wanted to argue.  I will start off with a mandatory content warning: what I’m talking about is disturbing.  It’s about abuse, exploitation, and systematic sexual oppression.  But it’s not something that we can just not talk about.  It’s not something to be avoided just because it’s disturbing or uncomfortable.  If it’s so uncomfortable for us to talk about, how do you think it feels to live through it?  We all cared about “it” around two months ago, when Jeffrey Epstein died in his prison cell after being arrested for a second time on charges of sex trafficking.  The official story is that he hung himself, but skeptics and conspiracy theorists alike wonder if there’s more to the story.  (A report came out on 10/30 that said that an autopsy performed by an examiner hired by Epstein’s brother points to a homicide, but the examiner who originally declared it a suicide stands by her conclusion.) Could Epstein’s death have been a cover-up, or an effort to protect other high-ranking people who were tied up in his scheme?  The questions swirled.  People were talking about it.  And then, they started to stop.

The Epstein Effect: Something bad has been happening for a while.  It could be years, decades, centuries; and then something big happens.  Everyone pays attention to it, talking about how urgent the problem is, what we should do, what we have to do to fix it.  It’s the hot-button issue for the time being, but then, for one reason or another, it just starts to slide out of the public eye.  No one talks about it anymore, even though it has been happening for a long time — and will continue to happen, if no one does anything to stop it.

A lot of things have been happening in the news.  I don’t deny that.  But when human trafficking was in the news a few months ago, I thought that maybe something would happen.  Maybe people would pay more attention to the fact that 1 in 7 cases of runaways reported to the National Center for Missing and Exploited Children were most likely victims of sex trafficking, or that worldwide, over 4.8 million people are victims of modern-day slavery as we speak.  I can’t imagine how victims of human trafficking must have felt, seeing that maybe, finally, things could get better, people would pay attention, or that people would care.  People were caring — a Google search of “Epstein + sex trafficking” still produces mountains of articles, all written in July, August, and September 2019.  But then they just stopped.  Dozens of underage girls were abused by Jeffrey Epstein, but he’s dead and gone, and we don’t have to think about it anymore.  We can all go back to living comfortably, unaware that men, women, and girls are being sexually abused every day.  It’s sad to think about, so let’s just not think about it, as some may believe

We’re all caught up in this stream of news that once was a trickle and now is a roaring river.  Every time I open up Twitter, it seems something else is happening with the President, the House Speaker, or the Democrats, on Capitol Hill, in Turkey, in China.  There’s no break from constant news right now, and we have to keep up with it all.  But while all of this is going on, there are issues we aren’t focusing on because it can be hard to focus on so many things at once.  Yet, many people have been working passionately against human trafficking for years, despite everything else that’s been happening.  While these activists felt a swell of support in the summer of 2019, it feels that once more that they’re on their own, struggling for even basic awareness.

Almost 500 human trafficking cases were reported to the National Human Trafficking Hotline in 2018, which might not seem like a lot, but in reality is 500 too many. 359 of those cases were sex trafficking. That implies forced prostitution and/or an underage victim. This is happening right now.  Jeffrey Epstein is dead, but the problem did not die with him.  Millions tune in to watch Law and Order: SVU every week, and love it, and yet as a society there’s a complete ignorance of the fact that it is not a fictional show, but rather a portrayal of the reality of millions of people every single day, in our country, our city, our borough, and around the world. It’s a horrible thing to remember, but it’s something that we cannot afford to forget.  If we forget about the problem, we forget about the victims, and nothing gets done to help them, even with Epstein out of the ring.  He wasn’t the first pedophile-slash-sex-trafficker, and he most certainly wasn’t the last.  And his victims weren’t the last ones, either.

For more information on how you can learn about and help fight human trafficking, visit https://www.state.gov/15-ways-you-can-help-fight-human-trafficking/.