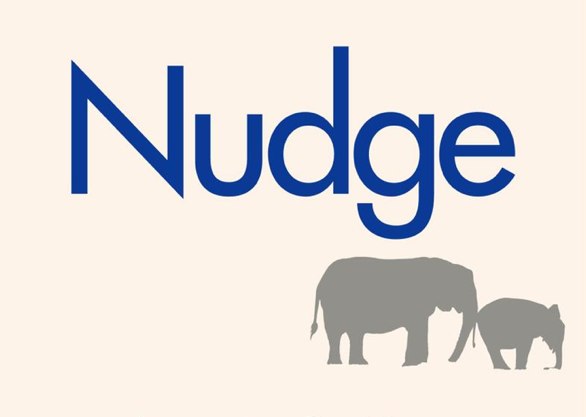 In an era of unprecedented polarization and daily legislative gridlock, policy makers are always looking for new and innovative ways to create solutions to the problems of today. Traditional avenues of regulatory mandates are often time consuming, cost-prohibitive and have the potential to fail in achieving the very goals they set out to meet.

Enter nudge theory, an alternative approach to policy implementation that eschews the normal route of collective discussion and application of mandates. Rather than centering on the creation of a more deliberative democracy, nudge theory operates on behavioral economics and seeks to encourage citizens to voluntarily act in a way that maximizes societal welfare. This approach has gained traction among world leaders in recent years, with Prime Minister David Cameron creating the Behavioural Insights Team in 2010 to explore ways nudge theory can be applied to policies in the United Kingdom. Even First Lady Michelle Obama’s “Let’s Move!” campaign has incorporated elements of nudge in its attempts to encourage healthier lifestyles among American children.

However, the growing use of nudge tactics in policy implementation must be viewed with caution. Although nudge-based tactics carry the appeal of a low cost burden and the promise of results with less overt government involvement, there are significant ethical objections that call into question their continued use by liberal democracies.

To more comprehensively unpack nudge, the psychological concepts behind it must be understood. Nudge operates on the notion that humans experience thinking in two modes: reflective and automatic. People rely on automatic thinking when they lack needed experience, do not feel they have sufficient information or are overcome with unanticipated emotions. These circumstances create states of mental bias that negatively affect the choices we make when deliberation is the guiding light in our actions. For example, a person may choose unhealthy foods for breakfast when they are in a hurry for the sake of convenience when under normal circumstances they would have a healthy meal.

Nudge theory seeks to minimize the negative impact of this reliance on automatic thinking by altering the way a person reaches a decision, or the ‘choice architecture’ they experience. Richard Thaler and Cass Sunstein, chief proponents of nudge theory, illustrate this concept when detailing the case of Lake Shore Drive, a road containing views of the Chicago skyline. This roadway contains a segment with hazardous S curves that require drivers to reduce speed in order to ensure successful navigation. Because  traditional road signs were often being ignored, a new nudge tactic was deployed in order to encourage responsible action in drivers. Evenly spaced white lines were painted onto the pavement, but tapered closer together as the most dangerous point in an S curve approached. This induced a sensation in drivers that their speeds were actually increasing, causing the natural impulse to slow down. Drivers are affected on a deeper level than with a traditional road sign because rather than being forced to process the sign’s information and decide if it’s applicable to his vehicle, the actual experience of navigating the curve is altered. The newly implemented nudge tactic resulted in a decrease in bad roadway decisions, therefore minimizing the costs accidents incurred on both individual drivers and the general public.

Opposed to a traditional regulatory ban, nudge also strives to preserve the autonomy of citizens. If an attempt at using nudge fails, the negative impact to citizens is negligible since people remain completely free to ignore the nudge’s encouragement. Autonomy is often seen as an intrinsic good in liberal democracies, and is necessary for a respectful relationship between state and citizen. Further, the lack of a formal ban on any action can act as a safeguard against the ill-effects of interest group influence on policy makers while reducing the costs normally associated with a one-size-fits-all approach. The flexibility and low-risk of failure mean that nudge can offer policy makers sustainable methods of addressing a wide range of policy problems from encouraging recycling to increasing pension enrollments.

However, there is substantial reason to doubt the assertion that nudge tactics preserve the autonomy of the citizen. Some even contend that nudge is merely subtly coercing the public and lacks any claim to fostering empowerment. On a psychological level, nudge tactics seek to change the behavior of the public so that they act in a manner a government decides is beneficial, unbeknownst to those being acted upon. These critiques stem from criticism of the concept known as libertarian paternalism, of which nudge is a product. Rather than engaging in more substantive definition of liberty, one that entertains notions of transformative empowerment, nudge operates on negative freedom. This narrow view of liberty is concerned with the mere existence of choice rather than embracing an understanding of liberty that involves individual independence and self-fulfillment.

There is also concern that as citizens are nudged more frequently, the less they may be bothered by the incremental increase of controlling tactics. As individual practical wisdom becomes slowly outsourced, the desire for external governmental control rises. This rise in desire for external control, combined with the immense privilege choice architects would enjoy in determining which values are encouraged, can give nudge tactics an Orwellian connotation. While romantic notions of ‘Big Brother’ are overzealous, it is difficult to find the culture of elitism and patronization that nudge lends itself to a proper place in liberal democracy.

There are many ways in which nudge tactics can be improved in order to assuage these ethical concerns. Ensuring the existence of collective filtering opportunities will help broaden nudge’s simplistic interpretation of liberty and provide citizens with more opportunities to confront complex decisions. Officials ought to incorporate larger amounts of feedback into the use of nudge tactics to foster a more respectful interaction between the state and the public. If the purpose of the nudge is clearly conveyed, transparency would be increased and there would be a greater chance of transformative empowerment. Additionally, policy makers and those constructing the choice architecture should pursue a deeper understanding of how citizens construct mind maps to arrive at a decision. This would help officials identify what the public’s default option, or automatic course of action, would be in specific situations. In turn this results in more efficient implementation and the minimization of variations in how people may respond.

When used responsibly, nudge theory can be an important addition to a policy maker’s toolkit. Increasing citizen awareness of the use of nudge tactics, combined with an oversight of choice architects, can help to mitigate ethical concerns, but it is best to constrain nudge to a complementary role. In liberal democracies, it is best for collective discussion and deliberative action to remain the only viable options for transformative empowerment and substantial societal change.