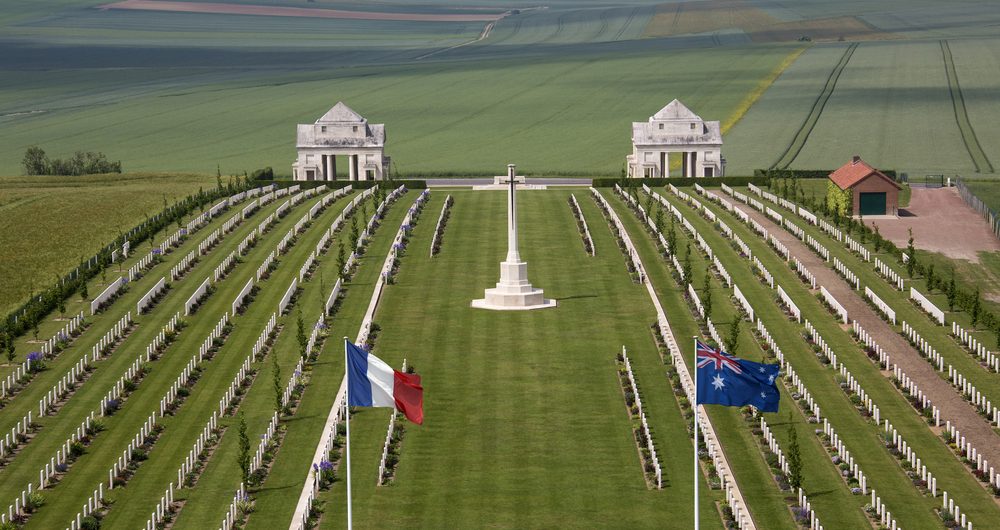 July 1, 2016 marked the centenary of the Battle of the Somme, one of the costliest engagements of the First World War. Dominated by tragically outdated battle tactics, the Somme offensive stands as a sort of bloody microcosm for the entirety of the Great War: catastrophic loss of life at the hands of industrial war for little tactical gain or apparent meaning.

Now, the modern international climate increasingly seems to have echoes of the diplomatic tone that led to such a horrific conflict. Recent electoral trends seem to indicate a new resurgent nationalism, intent on rebuking the very institutions that have safeguarded sustained global peace and stability. In such an environment, it is increasingly urgent that Western populations are reminded of the benefits reaped by the current liberal order.

As we move forward into an ambiguous future, it is imperative we strive to avoid the mistakes of the past and retain the enormous value of international institutions. For while the immense loss of life ultimately caused by World War I may rightly remain incomprehensible, the diplomatic events leading up to the conflagration’s ignition are not. Foreign policy blunders on the part of German officials all but assured that conflict would be inevitable and these shortcomings effectively illustrate the political gap modern international institutions fill.

In fact, the stage for the Great War was set with a cold rebuke of multilateral international norms — a refrain becoming all too familiar in modern discourse.

The Concert of Europe system, forged at the Congress of Vienna in 1815 in the aftermath of the Napoleonic Wars, had been a way for traditional powers to consolidate control over revolutionary forces, resolve disputes between states, and generally keep the peace. It was an effort to construct political equilibrium through mutual consultation, collective decision making, a suppression of nationalism, and the use of multilateral intervention.

However, with Germany’s eventual abandonment of the Concert of Europe system, and the corresponding set of international norms the “spirit of Vienna” afforded, a dominant paradigm overly reliant on the acumen of individual statesman began to emerge. Germany’s embrace of a doctrine of realpolitik and its decision to leave a Concert system it viewed as unduly constraining, would have systemic consequences for the entire European continent.

The impact of this paradigmatic shift was most evident within Germany itself. A freshly-unified German state lacked the guiding principles evident in other European nations. For example, while Great Britain held a historic appreciation for traditional liberties and while France exhibited a pursuit of universal freedom, Germany lacked a unifying philosophy. In the absence of an intellectual framework, German statesmen were left with nothing to focus on besides the accumulation of raw power. Subsequently, Otto von Bismarck’s lesser successors failed to demonstrate requisite levels of restraint, exhibiting little regard for how power accumulation would impact Europe’s tenuous balance of power.

A dynamic arose known as a security dilemma or any situation in which the increase in a state’s security results in the decreased security of other states. The perceived balance between offensive and defensive capabilities compounded the effects of this dynamic. When offensive capabilities are perceived as able to produce cost-efficient security dividends, a state’s actions in response to international events may increase the likelihood of conflict. Arms races become more probable and a reciprocal fear of surprise attack raises the prospect of preemptive military action.  Such an offensively-minded perception was held in Germany’s post-Bismark foreign policy. Its dedicated pursuit of offensive capability encouraged other nations to quickly form countervailing alliances as a bulwark against growing German power.

This development set the stage for political conditions that began blocking off diplomatic alternatives to conflict: why would any other nation trust Germany to uphold an agreement when it wielded the power to effectively disregard any negotiated terms? This perception fosters a lack of effective commitment mechanisms between states and further encourages the incentive to misrepresent the existence of private information regarding relative power. Faced with growing ties between France and Russia, Germany desperately attempted to reach an agreement with Great Britain. However, these attempts failed because of the inability of Germany to draw Great Britain into a deep formal commitment, an action well outside Great Britain’s established doctrine of “splendid isolationism.” German attempts to bully Great Britain into formal alliance only succeeded in pushing it away, as fears of any addition to Germany’s power resulting in the creation of the kind of dominant power Great Britain opposed reigned supreme.

Had an effective commitment mechanism between Germany and Great Britain been established, conflict may have been significantly prolonged or even averted. Additionally, had information regarding the extent to which Great Britain was willing to ally itself with Germany, along with the minimum level of commitment Germany actually needed to fulfill its security goals been shared, an agreement may have been reached. Instead, British embrace of French interests and the eventual formation of the Triple Entente all but ensured diplomatic stalemate and German isolation. In the absence of mechanisms through which to reach a mutually beneficial negotiated settlement, conflict ensued.

A century later, modern international institutions continue to ensure that the diplomatic environment that ultimately caused the First World War does not exist.

Organizations like the United Nations help to open up the flow of information, provide the opportunity to for states to negotiate grievances, and help construct behavioral norms. The World Trade Organization strives to foster an environment of international free trade, opening up economic channels and ensuring trade is conducted on a relatively equal playing field. Additionally, both institutions allow states to engage in forms of compliance monitoring while retaining voting rights that enable them to pursue compliance terms of their own. This function of international interaction facilitates the establishment of credible commitment mechanisms, as interest interdependency expands and hegemonic power is voluntarily restrained. Behavioral norms are then created through repeated interactions with institutional bodies, causing expectations of action to arise in participating states. This in turn helps to clarify some of the ambiguity present in international relations, as acceptable state behavior becomes judged by other participants in the shared order. The International Monetary Fund helps to lessen the impact of economic crises and isolate their effects so as to prevent global downturn.

Other organizations like NATO or ASEAN, in their current incarnations, help shift the “enemy” from some outside state to the existence of conflict itself. Collective security arrangements such as these help to lessen the possibility of war through the distribution of defense commitments and the treatment of attacks on satellite member-states as an attack on the center. Participants are compelled to defend other member-states, resulting in a deterrence factor both within and without.

Credible commitment mechanisms couldn’t be established because of the absence of the United Nations and its informational exchanges or hegemonic restraints. The lack of shared international norms or global trade paradigms helped to isolate Germany from its neighbors, exacerbating the possibility of security dilemmas or the rise of countervailing alliance that is offset by the presence of NATO.

Now the utility of those very institutions is under question, and the value of multilateral engagement in foreign affairs under electoral assault.

The decision of the British people to leave the European Union. The election of Donald Trump in the United States. The popularity of Marine Le Pen in France. All of these realities illustrate the rise of a certain brand of nationalism, accompanied by the nostalgic embrace of a zero-sum international mindset.

As we begin to enter this period of rejuvenated nationalism, it is of paramount importance that we continue to recognize the role institutions play in our global ecosystem and the insurance they afford us against the failures of reckless statecraft. We cannot succumb to the temptation to abandon international norms that have ensured peace for decades, or reject robust engagement on the world stage, for the sake of political expediency.