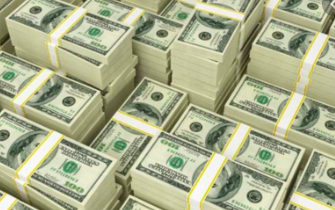 Republicans will tell you the American economy is booming more than ever before. Democrats will not necessarily disagree, but they might ask you who exactly the economy is benefitting.

Statistics suggest our economy is indeed doing well in terms of growth. It may not be completely due to Trump, but, nevertheless, the GDP growth rate has been over 2% for his entire presidency, showing healthy economic increases. Even though our nation may be doing well overall, our people are struggling.

In reality, the disparity between rich and poor Americans is dramatic. The distribution of wealth has long been an issue in our country, and, despite the current well-being of the economy, the rich are gaining wealth while the impoverished continue to struggle. In 2016, the top 1% of the population held 40% of the nation’s wealth, whereas the bottom 90% of American individuals only held 25% of the nation’s wealth.

This income gap has long been embedded in America’s history because of things such as systemic racism and generational poverty, but some of this disparity can be attributed to more modern economic reforms. For example, Donald Trump’s 2017 tax cuts promised to help everyone, but mostly the middle class. Instead, it ended up helping wealthy individuals much more than others due to its regressive nature. The tax cut, formally known as the Tax Cuts and Jobs Act (TCJA), permanently cut taxes by 14% for corporations. This means that business-owners and shareholders benefit from paying significantly fewer taxes than previously, thus allowing them to keep more of their income. For individuals, many are experiencing reduced taxes, but, as their income increases, so does their cut, giving the TCJA its regressive feature. This disproportionately benefits wealthier individuals since — even though they make more money — they give up a smaller portion of their income than those in lower tax brackets. Additionally, individuals’ cuts are temporary and subject to change by 2025.

As I mentioned previously, systemic racism and generational poverty also play roles in America’s wealth and income gaps. Institutional, or systemic, racism is the socio-political discrimination of marginalized people. Simply, this means non-white people are generally disadvantaged when it comes to things like employment, education, the justice system, health care, etc. However, this is very abstract because it cannot be measured well with numbers and can, therefore, be overlooked often. Despite this, it is a primary contributor to the inability of the impoverished to “pull themselves up by their bootstraps”, so-to-speak. In America, 9% of white people qualify as impoverished (as of 2015, an individual under 65 must make $13,300 or less to meet this threshold), whereas the numbers for African Americans and Hispanics are 27.4% and 26.6%, respectively. These data suggest that, despite the ideal of hard work inspired by the American Dream, minorities are unfairly experiencing poverty that they cannot be released from without major institutional reform. Until America is willing to work on this issue by uplifting those most severely affected by it, we can never truly say the economy is as prosperous as it seems.

Generational poverty, as defined by Urban Ventures — an organization that helps low-income individuals in Minneapolis — is “a family having lived in poverty for at least two generations”. But this is not the most prominent type of impoverishment in the nation. In general, about 40% of Americans aged 25-60 will be poor for at least a year in their lifetimes. Even more people will be very near the official threshold for poverty. This means that, although there are many people who have been poor for their whole lives, they are not making enough income consistently to keep them afloat.

If this is true, how can we say our economy is doing well when so many people are struggling? When the economy cannot offer true stability well above the poverty threshold, then how can people boast about its exceptional well-being?