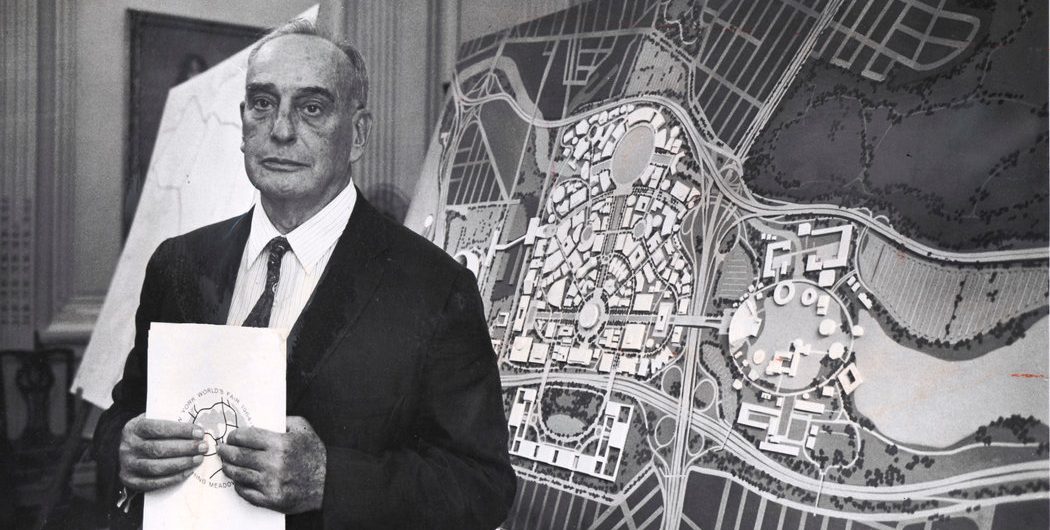 Robert Moses’ legacy has survived long past his death. It is seen in every corner of New York City, from his highways, to his private and public housing projects, to his contributions to major New York landmarks. Moses is accountable for the extravagant building projects of Lincoln Center for the Performing Arts, the United Nations headquarters building, Shea Stadium, campus buildings for the Pratt Institute and Fordham University, and the since demolished New York Coliseum. Along with these projects, Moses ensured the construction of parks and playgrounds around the city and its surrounding suburbs, highways that changed the way New York functioned, and bridges that connected all five boroughs of Manhattan to each other and the mainland. Moses held immense power in New York politics from the 1920s to the 1960s in his official positions as Parks Commissioner, Construction Coordinator, and as a member of the City Planning Commission.

But what is the real legacy of Robert Moses? Moses can be credited with the modern landscape of the city and the normalization of commuting from the suburbs, but behind his projects, there is a history of eviction for hundreds of thousands of low-income New Yorkers from their homes and communities. As Robert Caro writes in The Power Broker: Robert Moses and the Fall of New York, “Robert Moses was America’s greatest builder. He was the shaper of the greatest city of the New World.” As his projects show, this statement is true: Moses was an outstanding and groundbreaking urban planner for his time, but his work came at a costly price for communities and people all around New York City. The legacy of Robert Moses is one of power and displacement.

In The Power Broker, Robert Caro outlines that it was through his power of persuasion and influence that Moses was able to accomplish his projects throughout the city. Caro writes, “the whole life of Robert Moses, in fact, has been a drama of the interplay of power and personality.” Moses used his “interplay of power and personality” to lead the initiatives of urban renewal in New York City. The federal government incentivized urban renewal in the mid-twentieth century as a response to the housing problems in cities. Federally sponsored urban renewal allowed officials to seize individual’s property for new projects. Moses wanted New York to be the leading city in urban renewal, and he was successful; a federal official involved in urban planning claimed, “Because Robert Moses was so far ahead of anyone else in the country, he had greater influence on urban renewal in the United States – on how the program developed and on how it was received by the public – than any other single person.” Moses took advantage of the opportunity that urban renewal gave him to change the framework of New York City. It is estimated that Moses’ urban renewal projects were responsible for the displacement of over half a million New Yorkers.

Along with his urban renewal projects, Moses’ initiatives to construct parkways and expressways around and through New York City displaced an estimated 250,000 people. This occurred at a time when highways were being built all across of America in an attempt to bring more commuters into cities. As Joseph Stromburg of Vox writes in a piece on American highways, many urban planners at the time believed highways to be America’s future and the most efficient way for transportation. Also, as Stromberg points out, to make these highways, the government had to evict communities, and these communities were disproportionately black. In Moses’ case, he is responsible in total for sixteen expressways and nineteen parkways.

Moses’ Cross-Bronx Expressway is a prime example of how one of his highway projects devastated a community. The Cross-Bronx connects New Jersey, Northern Manhattan, the South Bronx, and Long Island. The name itself, ‘Cross-Bronx,’ suggests exactly what the expressway did: cut through the Bronx. In the process of cutting up the Bronx, the expressway broke communities in half. Wealthier, usually white residents, were able to relocate north to Westchester County or south to Manhattan. As Marat Gubaydullin writes in a article about the Cross-Bronx Expressway, the poorer, usually black, residents, were unable to relocate and settled in the areas surrounding the new construction of the expressway. Gubaydullin goes further to suggest that the Cross-Bronx impoverished its surrounding communities, and even contributed to the mass amounts of arson that occurred in the Bronx in subsequent years. 60,000 persons were displaced due to the Cross-Bronx Expressway, and this is only one example of what Moses’ projects did.

How does all of this relate to the legacy of Moses’ today? Moses’ displacement of hundreds of thousands of individuals between the 1920s and 1960s resulted in geographic and ethnic distinctions present in New York today. Geographically, Moses was able to contribute to the growing suburbanization of the areas surrounding New York City. By building his many parkways and expressways, Moses made commuting to work from the suburbs into the city a plausible lifestyle. In the meantime, Moses severely neglected the public transportation system of New York City, resulting in, as put by Caro, “getting from one place to another [in New York City] would be an irritating, life-consuming concern for its 14,000,000 residents.” This effect is still seen today by millions of people on their daily trips on the MTA. Additionally, by placing displaced and low-income individuals in public housing projects like the Rockaways, Moses effectively segregated minorities into certain communities within the city limits. After the 1960s, Moses was remembered for his larger projects that seemed to only positively affect New York. However, within the past fifteen years, dialogue surrounding Moses has demonstrated how many of his projects negatively affected and damaged New York City.