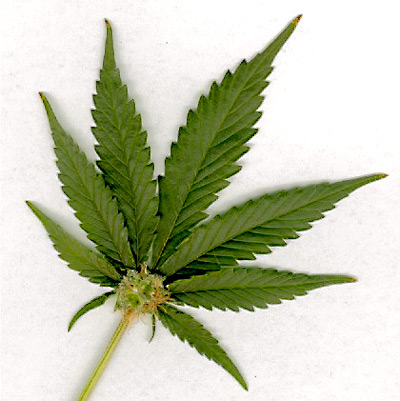 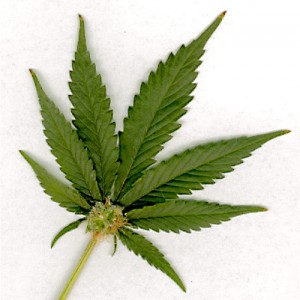 In addition to the re-election of Barack Obama, last November’s election saw a number of legal initiatives passed at the state level. Social progress was manifested in the legalization of same-sex marriage in Maine, Maryland and Washington State. Voters also legalized the use of recreational marijuana in Colorado and Washington. While not quite the progressive achievement of marriage equality, the legalization of marijuana is another signal that American values are changing. A growing sentiment that drug enforcement comes with more harmful consequences than it does benefits, a desire to end the incarceration of harmless drug-users, and a reluctant social acceptance of recreational marijuana use is catching on in today’s society. The libertarian streak that characterizes America’s youth, most notably in the new conservative generation, is gaining followers. At the same time, the failures of the Drug War are becoming more apparent by the day. Such shifts in societal values were key factors for Colorado and Washington voters on November 6th, paving the way for other states to follow suit. The legalized marijuana experiment provides a chance to test a new drug policy, a welcome opportunity given the shortfalls of current federal drug legislation.

One need only look at the commentary published by Scott Rasmussen a week after the election to note Americans’ perceptions of the Drug War. The pollster’s piece, aptly titled Americans Favor a New Approach to the War on Drugs, makes clear the disillusionment towards current drug policies that the American people have expressed. Eighty-two percent of American adults think the nation is losing the War on Drugs. Only twenty-seven percent think the federal government should legislate the nation’s drug policy. Over half of those polled favor regulating marijuana in a manner similar to that used for alcohol and tobacco. More significantly, Rasmussen notes the hundreds of billions of dollars spent fighting this ill-fated war, including its high costs of drug-related prosecution and jailing.

The numbers back up Rasmussen’s polling. The average annual cost of incarcerating one drug offender in the United States is $25,251. The magnitude of this annual cost becomes apparent when one considers that an estimated 346,605 people are serving sentences in state and federal prison for drug possession or sale charges at any given time. Most notably, given the recent developments in Colorado and Washington, the projected economic boost of legalizing and regulating all drugs would be $88 billion in law enforcement savings and tax revenue. This is a conservative estimate, one that is all the more compelling given the nation’s sluggish economic recovery.

We need not waste time debating the potential dangers of immediately legalizing all drugs outright—such a move would be counter-productive as it defeats the purpose of drug law reform. Colorado and Washington’s decision to legalize recreational marijuana use, however begins a fascinating social experiment in American history, one that might serve as a vantage point from which to consider a broader overhaul of drug laws.

Of course, legalizing marijuana does not imply that any individual may smoke to their heart’s content. Even the strongest advocates of drug legalization ought to recognize this. There is a great deal of baggage that comes with legal pot. For one, the Controlled Substance Act, signed into law by Richard Nixon in 1970, outlaws marijuana as a dangerous drug, and thus is in direct conflict with Washington and Colorado’s new laws. President Obama has repeatedly stated his opposition to legalization. The Justice Department has kept silent on the issue thus far, but a future confrontation with the states is not out of the question.

Furthermore, marijuana is not a harmless drug, even though its users may state the contrary. While paling in comparison to the ill-effects of habitual cocaine or heroin use, the use of marijuana poses a number of health threats, specifically to children. Dr. Mitchell S. Rosenthal, a child psychiatrist and leader of Phoenix House, the nation’s largest non-profit substance abuse-treatment and prevention center, notes in a Wall Street Journal editorial that “pot smoking puts the user at risk of psychosis, changes to the anatomy of the brain and damage to the heart and lungs. It retards maturation and impairs learning, memory and judgment—no small matters during the adolescent years.” The legalization of marijuana in Colorado and Washington will lead to greater access to the drug in those states and, consequently, teenagers will have an easier time getting their hands on it. Thus, the onus will be on parents and schools to educate children about the danger the drug poses. Its legalization is not a free pass for adolescents to casually smoke it—that is not the point of the new laws. By passing intelligent legislation in an attempt to stimulate business activity and save resources spent chasing harmless pot smokers, Colorado and Washington parents and educators must take on a new responsibility to ensure that their children do not take advantage of the new law.

One question that skeptics are certain to ask is whether new state regulations will potentially outweigh revenue gains. Washington is currently devising its own regulatory laws to help implement Initiative 502, the ballot measure that legalized the use of recreational marijuana in the state. The Wall Street Journal reports that under the new law, people 21 and older legally can hold up to an ounce of marijuana, and smoking in public results in a fine. Comprehensive rules have not yet been set in place, so for now, Washington police officers have been instructed to issue verbal warnings to public offenders rather than give out fines. The state’s Liquor Control Board has until next year to determine the exact rules for growing, harvesting, and selling the plant. Once those rules are established, the police are to begin enforcing public smoking bans with fines. As for current regulations, a 25% excise tax is now levied on every transaction from grower to retailer to buyer. This excise tax comes in addition to a sales tax paid by the consumer and a business occupancy tax paid by the seller. The drug is to be sold by independent stores that must pay a licensing fee, giving them the legal authority to market marijuana products. The process of obtaining such a license is currently being determined by the Liquor Control Board, which as previously stated, will not have official rules set in place until next year.

Colorado’s legal marijuana measure, Amendment 64, will be implemented with the help of a task force, established by Governor John Hickenlooper. The Democratic governor, who publicly opposed legalization, has reconciled himself to the people’s will, and has stated the issues his task force will address, namely to “amend state and local laws regarding the possession, sale, distribution or transfer of marijuana to conform them to Amendment 64’s decriminalization provisions; devise new regulations for security requirements for marijuana establishments and for labeling requirements; provide education regarding long-term health effects of marijuana use by those under the age of 18; and assess the impact of Amendment 64 on the Colorado economy.” The new law is similar to Washington’s in that it allows adults 21 and older to purchase and carry up to an ounce of marijuana. Colorado residents are also permitted to grow up to six marijuana plants in their home, but selling the drug without a license remains illegal. Mason Tvert, co-director of the influential “Campaign to Regulate Marijuana Like Alcohol,” greeted the governor’s efforts warmly: “From this day forward, adults in Colorado will no longer be punished for the simple use and possession of marijuana. We applaud Gov. Hickenlooper for issuing this declaration in a timely fashion, so that adult possession arrests end across the state immediately.” The people of Colorado harbor similar sentiments.

Such intelligent models as laid out by Colorado and Washington ought to serve as a template for other states weighing drug law reform. As the War on Drugs continues to fail, the need for new policy becomes evident. Marijuana, while not harmless, is the perfect drug on which to test legalization given its relative safety compared to other hard drugs. The nation should look to Colorado and Washington in the following years to see the societal effects of pot legalization. The anticipated economic boost and improved government prioritization is likely to appeal to other states, such as Rhode Island and Maine, who are currently weighing the prospects of legalizing marijuana. The beginning of this new social experiment is a great opportunity to consider an overhaul of federal drug laws, an issue that is likely to inspire agreement between many Democrats and Republicans.

1,696 thoughts on “The Marijuana Experiment”