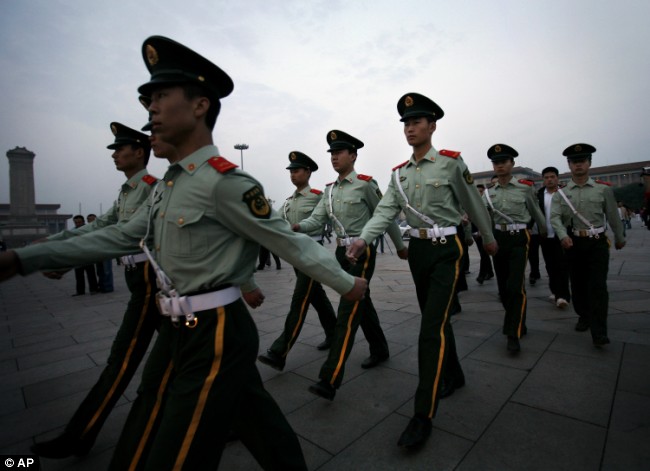 June 12th, 1987—President Ronald Reagan makes his famous declaration, “Mr. Gorbachev, tear down this wall!” effectively ending the Cold War between the United States and Russia. For over forty years, the two countries fought for global dominance, but when all was said and done, the U.S. emerged as the victor while Russia faded into the background. Throughout the 1990s, the U.S. was unrivaled. The economy was stable, the Gulf War lasted less than a year, and the country’s most prominent problem was a White House sex scandal. However, two decades later, China has surfaced as the latest rival to challenge U.S. hegemony, and unlike Russia, it may prove to be a more challenging foe.

The economic policies of both countries are critical to the future of their relationship. The U.S. economy has recovered moderately after last year’s recession, but is still fragile at best. As of early April, America’s national debt neared $12.8 trillion, a troubling figure in itself. Approximately $3.5 trillion is owed to foreign countries, of which $900 billion is indebted to China. Comparatively, during the Reagan presidency, America’s foreign debt grew from East Asian investments and loans. Owing nearly $1 trillion to the Soviet Union would have been seen as laughable during the height of the Cold War, but now, America’s biggest international rival is also its largest foreign creditor.

Despite continuing to trade, the U.S. and China have publicly clashed over the past decade on a number of issues: Accusations of human rights violations and in Taiwan and infringements on its sovreignty, and its support of Omar al-Bashir and the Sudanese government, which prevented the United Nations from imposing sanctions against Sudan for the genocide in Darfur, have all sullied the China-U.S. relationship.

The most recent development regarding Sino-American relations involves the Google censorship debacle that began in January. Since 2006, Google has agreed to censor certain search material at the behest of the Chinese government. American objections have been mild, focusing on the restriction of free speech and the access of information. Two months ago, Chinese software hackers allegedly attacked Google, prompting Google representatives to threaten to withdraw its services from China. While this may not seem incredibly significant, the Google affair illustrates just how powerful China has become. If another country censored information and potentially attacked a major American company, the United States would have bullied it into submission. But now, China is too powerful to push around. It has the second largest economy in the world (behind the U.S.), and a population of over 1.3 billion, which will propel unprecedented economic growth in years to come. The United States is still the most powerful country in the world, but China is catching up.

That being said, the chance of the U.S. and China going to war in the foreseeable future is slim to none. Transnational organizations such as the U.N. and the World Trade Organization (WTO) and a vibrant global civil society network, may yet prove to be a bulwark against a third world war. However, the increase in China’s power could drastically alter America’s influence in East Asia in the coming years.
The U.S. currently has dozens of military facilities in Japan, less than 1,000 miles from the Chinese coastline. There are also thousands of troops stationed around China in South Korea, the Philippines, Kazakhstan, Afghanistan, etc. The United States has effectively surrounded China with American military power and has been a major influence on the Asian political agenda. But, those days may be coming to an end. University of Chicago Political Science professor John Mearsheimer believes “an increasingly powerful China is also likely to try to push the U.S. out of Asia, much the way the U.S. pushed the European great powers out of the Western Hemisphere. Essentially, Mearsheimer argues, China will create its own version of the Monroe Doctrine.

The scenario is reminiscent of the 1962 Cuban Missile Crisis, when the Soviet Union placed missiles in Cuba, about 200 miles off the coast of Florida because they anticipated an American invasion of Cuba. This was seen as a direct threat to American safety, and the Kennedy administration used its power to simultaneously get the missiles moved out of Cuba while avoiding a nuclear war.
Nearly fifty years later, the U.S. finds itself in a similar predicament except, this time, it is in the Soviet’s position. China has tried to unify the island of Taiwan with the mainland unsuccessfully, and the U.S. continues to support Taiwan’s independence. Recently, the U.S. sold over $6 billion worth of weapons to the Taiwanese government. China responded by threatening to impose sanctions on the American companies that facilitated the deal. This struggle between the U.S. and China is far less antagonistic than the Cuban Missile Crisis, but it still could strain the relationship between the top two powers.

The next decade will be crucial in determining what kind of relationship China and the U.S. have in the future. If America does not find a way to decrease the national debt, China will continue to grow stronger, and could challenge American hegemony down the road. Nonetheless, the two nations continue to provoke each other politically in spite of their economic relationship. Eventually, these problems could lead to more serious consequences than just government sanctions. Either way, China is America’s new rival, and is likely here to stay.