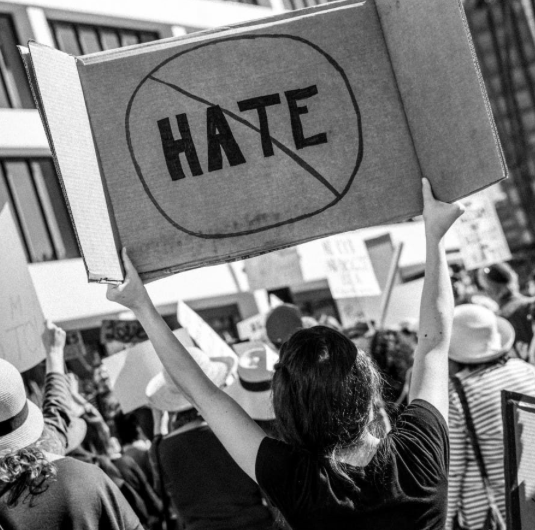 2017: In torchlight, Neo-Nazis, characterized as “fine people” by the President of the United States, march through Charlottesville chanting “Jews will not replace us”.

2018: The single deadliest attack on Jews in US history takes place at the Tree of Life synagogue in Pittsburg.

2019: Deadly attacks at a Kosher deli in Jersey City and a rabbi’s home in Monsey leave many dead and others permanently mamed.

Anti-Semitism is not something new in the United States, nor is it unique to the Trump era, but its popular resurgance in recent years is notable. There is no single cause. Perhaps it is economic and social turmoil, as have been factors in historical Jewish scapegoating and pogroms. Perhaps it is the divisive and vitriolic rhetoric that consumes the political arena. Perhaps it is the increasing institutionalization of bigotry and hatred. Some blame the left, some blame the right, some blame Jews for making themselves targets by existing as outwardly Jewish. Most likely, it is a combination of many factors, the most prominent being the actions of our elected officials. Today, Jewish Americans face attacks from the left and the right, from the lowest levels of government to the highest. Pick your antisemetic trope, and you can find an American government official utilizing it for political gain.

The 2018 elections produced a multitude of instances of anti-Semitic tropes being used against Jewish opponents, most common of which was the association of Jews with money. One GOP pamphlet in Connecticut, distributed mere days after the Pittsburgh Synagogue Shooting left 11 dead, depicted the candidate’s Jewish opponent clutching handfuls of money. Reporting shows this was not an isolated incident: Republicans in Alaska, Washington, North Carolina, California, and Pennsylvania used similar imagery in their ads against Jewish candidates (in the Pennsylvania case, the candidate’s husband was Jewish). In 2019, Representative Ilhan Omar (D-MN) faced backlash when responding to a tweet about Israel with, “It’s all about the Benjamins baby,” referencing money as the deciding factor in America’s foreign policy stance on Israel. She would face extensive rebuking and later apologized. The characterization of Jews as greedy, stealing money-lovers goes back centuries, its origins reaching medieval times when Jews were forced into banking by prohibitions from other jobs and money lending being affiliated with the sin of usury.

This association of Jews with money has been the basis of many anti-Semitic attacks, especially on wealthy Jews. House Minority Leader Kevin McCarthy (R-CA) tweeted in 2018, when he was still House Majority Leader, “We cannot allow Soros, Steyer, and Bloomberg to BUY this election! Get out and vote Republican November 6th. #MAGA”. Rep. McCarthy singled out three wealthy Jewish Democratic donors to accuse of buying the election. He later deleted this tweet, but faced no political repercussions and never issued an apology. George Soros, a Holocaust survivor and billionaire, is a constant target of the right. Besides his association with the trope about greed and stealing “good” people’s money, he is mostly commonly associated with the anti-Semitic trope of a secret international Jewish conspiracy that controls our government and the world. Alex Jones of “Infowars” has said, “it’s not that Jews are bad, it’s just they are the head of the Jewish mafia in the United States. They run Uber, they run the health care, they’re going to scam you, they’re going to hurt you.” Rep. Matt Gaetz (R-FL) suggested in a tweet that Soros may have been behind the funding of the migrant caravan that was coming to “invade” the United States, a conspiracy that was seized upon by many, including the Pittsburgh Synagogue shooter and the President of the United States.

The idea that there is a wealthy elite class of Jews imparting their agenda on the world is as prevalent today as it was in our earlier history. Anti-Semite, Nazi sympathizer and American industrialist Henry Ford claimed Jews started WWI in order to profit from it. In Nazi Germany, this idea, coupled with percieved Jewish greed, led to Anti-Jewish legislation and Kristallnacht as the German government harped on anti-Semitic sentiments to strip Jews of any wealth and power, a precusor of the horrors to come. Today, dog-whistle terms like “cosmopolitan elite” are seemingly innocent but are commonly interpreted by white nationalists as anti-semitic tropes. This, for example, led to a rebuke of Senator Josh Hawley (R-MO) for repeatedly using those tropes in a 2019 speech. George Soros is just one figure in the right’s weakly masked anti-Semitic fight against “globalism”, the “deep state” and the Jewish controlled “fake news media.” Republicans have not shied away from their attacks, even after pipe bombs were sent to Soros’ house. As recently as February 18, 2020, President Trump’s lawyer Alan Dershowitz claimed that “President Obama personally asked the FBI to investigate somebody on behalf of George Soros”.

The most frightening developments in recent months have been the actions and statements of the President himself and his top advisers, like Rudy Guiliani. Their rhetoric insinuating the dual loyalties of American Jews, one to America and one to Israel and the global Jewish conspiracy has been a dangerous use of the bully pulpit to spread anti-Semitic tropes, whether intentional or not. Though President Trump vehemently denies any accusations of anti-Semitism, citing his daughter’s conversion and his strong support for Israel and fellow law breaking strong man Benjamin Netanyahu, his anti-Semitic rhetoric speaks for itself. The President hides behind his support of Israel: support of Israel is equated as support for Jews and any opposition to Israel or its policies is seen as anti-Semitic. This is a wholly untrue and naive dialectic promulgated by many who use it to poorly veil their anti-Semitic tendencies, and so often well meaning participants in political discourse will fall into this trap.

Whether he truly believes the anti-Semitic tropes he spews, does it to rile his base or is purely ignorant to the historical implications, President Trump’s prolific commentaries are difficult to defend. Speaking at the Israeli American Council in December 2019, the President said, “A lot of you are in the real estate business, because I know you very well. You’re brutal killers, not nice people at all. But you have to vote for me—you have no choice. You’re not gonna vote for Pocahontas [Elizabeth Warren], I can tell you that. You’re not gonna vote for the wealth tax. Yeah, let’s take 100% of your wealth away! Some of you don’t like me. Some of you I don’t like at all, actually. And you’re going to be my biggest supporters because you’re going to be out of business in about 15 minutes if they get it.” Earlier that year he claimed any Jewish American who votes Democrat “shows either a total lack of knowledge or great disloyalty”. A key aspect of President Trump’s populist nationalism, like his “America First” policies, and any other nationalist leader is the homogeneity of the nation state. This idea of the ideal citizenry, for President Trump, the white Christian, is a highly exclusionary one and one that is not limited to the vilification and exclusion of Jewish Americans. It is clear from the words and actions of the President and his supporters this means exclusion African Americans, Hipanics, Muslims, Jews and others that do not fit the mold.

When we say “never again,” it is not limited to the atrocities of the Holocaust. It is never again to religious intolerance and bigotry. It is never again to fascist fear mongering. It is never again to silence and complicity as vulnerable minorities are persecuted, families are ripped apart and people are treated as less than human. The relevance of these declarations are as relevant as the mainstream resurgence of the timeless tool of totalitarians they run tangential to: anti-Semitism. Hate and injustice have no place in America, and we must hold our elected officials to the highest standards to ensure that they are truly representative of our American values. In order to maintain our democracy, liberty and the American way, we cannot allow ourselves to normalize anti-Semitism or any other bigoted behavior.