Strict Standards: Declaration of Custom_Menu_Wizard_Sorter::walk() should be compatible with Walker::walk($elements, $max_depth, ...$args) in /home/s2ncq8pxua8t/public_html/wp-content/plugins/custom-menu-wizard/include/class.sorter.php on line 0
 The Only Constituent That Matters: ExxonMobil and the Destruction of American Democracy and the Planet – FORDHAM POLITICAL REVIEW
Skip to content
Latest News
The Right is on the Rise in the U.S. But it’s Failing Elsewhere.
Race and Wrongful Convictions
Midterm Elections to Test Trump’s Influence on Republican Party
A Story You Might Have Missed – A Climate Activist and the Supreme Court
A Step in The Right Direction: What Biden’s Reaffirmation of the Armenian Genocide Means for the Future of Human Rights 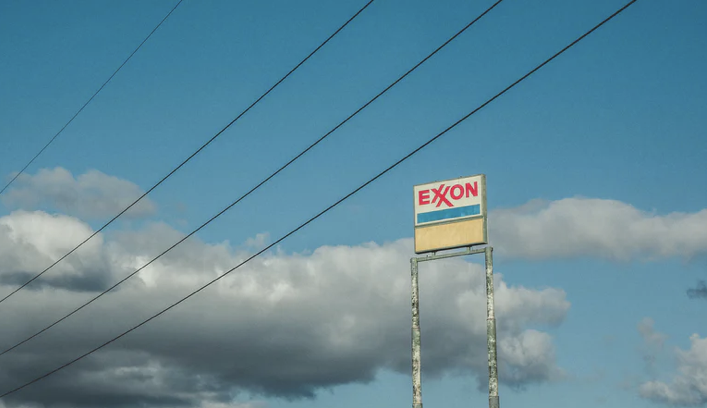 With discussions of the budget reconciliation package sought by the Biden administration and a vast majority of Democratic Congressmen, it is worth focusing on a particular entity – one that has dominated American politics in the areas of energy and climate for decades.

Firstly, an overview of the corporation is certainly pertinent to a discussion of its political influence. ExxonMobil has been one of the ten highest fossil fuel emitting global corporations since 1988 and as a result, has had direct influence in the destruction of the global environment. Despite the horrific extent of emissions supplied by Exxon, the organization frequently runs ads portraying itself as an ally in the fight against climate change. Recently, Keith McCoy, the senior director for federal relations for Exxon, confessed to members of Greenpeace UK that the corporation had outwardly supported the idea of a carbon tax as it would garner little to no political support, yet would characterize Exxon as a leader for environmental protection. Not only has Exxon contributed greatly to environmental destruction, but they have manipulated their public image to portray themselves as fighters against climate change – of course, this image could not be further from the truth.

But the evil of Exxon is not solely limited to environmental destruction; the organization has incessant workplace and labor violations. In 2019, the Independent Laboratory Employees Union successfully sued ExxonMobil for negotiating in bad faith with unionized workers in New Jersey. The company has had 69 safety-related offenses since 2000: for example, in Baton Rouge, OSHA highlighted Exxon exposing workers to explosions and lacking any semblance of care for safety management.

Yet, even with all of the horrific workplace violations and direct contributions to climate change, Exxon has demonstrated an incredible influence over the American government. Perhaps the best example of which was President Donald Trump electing former chief executive of Exxon, Rex Tillerson, to serve as Secretary of State. Tillerson’s donations of $468,970 to Republican campaigns from 2000 to 2016 most certainly played a role in his nomination. Moreover, Exxon donates at all levels of government – supplying State Representatives and Senators with the financial support necessary to win their races and support policy favorable to the corporation.

And of course, one cannot forget the influence of Exxon over members of Congress – the central players in crafting legislation. While it is common knowledge that Exxon pours money into Republican political organizations and Congressmen, Exxon’s political funding is bipartisan. For example, the corporation funneled $100,000 into the Congressional Black Caucus for the first quarter of 2021, $10,000 into the Congressional Hispanic Caucus, and $5,000 into the Blue Dog Coalition (a group of moderate Democrats). Such an instance of bipartisan funding is an attempt to expand their political influence.

It is extremely disheartening to witness how complicit ExxonMobil has been in the lack of true climate change mitigation policy and the prevalence of oil and natural gas in the United States. Clearly, the issue is not black and white – many work in the realm of fossil fuels and must support policies and organizations that may be detrimental to the planet to retain their work. But the absolute power and political influence of Exxon only support the argument that large corporations are the only constituents that matter to American politicians.