Strict Standards: Declaration of Custom_Menu_Wizard_Sorter::walk() should be compatible with Walker::walk($elements, $max_depth, ...$args) in /home/s2ncq8pxua8t/public_html/wp-content/plugins/custom-menu-wizard/include/class.sorter.php on line 0
 The Personal is Political: the Power of Local Activism – FORDHAM POLITICAL REVIEW
Skip to content
Latest News
The Right is on the Rise in the U.S. But it’s Failing Elsewhere.
Race and Wrongful Convictions
Midterm Elections to Test Trump’s Influence on Republican Party
A Story You Might Have Missed – A Climate Activist and the Supreme Court
A Step in The Right Direction: What Biden’s Reaffirmation of the Armenian Genocide Means for the Future of Human Rights 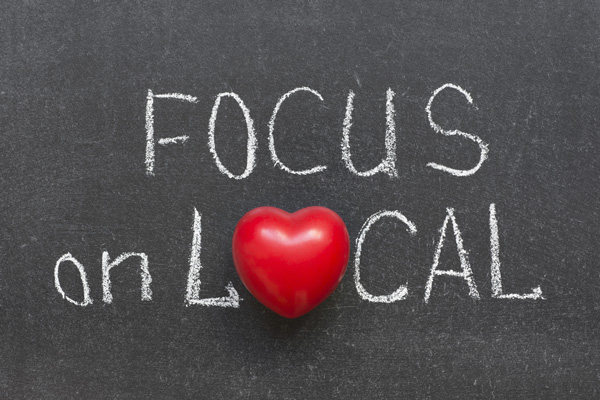 Our current state of hyper-connectivity through social media allows us to stay connected to socio-political movements on the national level—#MeToo, Black Lives Matter, etc.—and to remain informed, within seconds, of the latest domestic and international news.  Interestingly, our use of social media encourages us to take the personal and make it political—by hashtagging, tweeting our own story, sharing a thought-provoking picture, and so on. At the same time, however, it fools us into thinking that we should prioritize change at a national level, rather than at a local level. In other words, we are encouraged to share with the world, not to talk to our city council.

We undervalue the potential for change at the local level. Summer Walker’s 2017 article for the Huffington Post makes the case that “sustained local activism will serve as the building blocks for a stronger national resistance.” For a nation as large and diverse as the United States, with various communities that all have their own specific set of issues that need to be addressed—like the Bronx community—it only makes sense that these issues be addressed by local governments and organizations that really understand their community, and can target their reform to each community’s unique needs.

Local activism, however, requires passion; a real, driving motivation is the only thing that can push us beyond slacktivism and into the world of local activism. Hashtagging, sharing a story, and uploading a picture require little to no personal commitment to a cause: only a vague, shapeless sense of social responsibility. The Spanish word “buenismo,” which is used to describe naive social and cultural movements that are based on little “real experience” but a lot of sentimentality, is the perfect word to describe this social phenomenon. I sat down to talk to my friend and classmate, Gabby Perez (FCRH 2021), who radiates this passion and drive to work at the local level for the issues she cares about—namely, environmental sustainability and reducing Fordham University’s carbon footprint.

Gabby is originally from Rockland County, NY, but her entire family is from the Bronx. She started at Fordham as an International Studies major. She “cared a lot about the environment and wanted to be part of the movement” but thought, “I can’t study that.” She saw environmental sustainability as a lifestyle, not a career path or life mission. Gabby is now set to be president of USG’s sustainability committee, won an award for her short film “Plastic World” at the Campus Movie Fest, and is now an Environmental Studies major.

“I kind of snapped out of it.” She began to educate herself more and more, reading environmental news, and learning about the various social and economic issues related to environmental sustainability. But as she fell further and further into the rabbit hole of environmental research, something dark began to happen: “I felt really, just, terrified for the future.” At every corner, she said, she felt that something was going wrong. The water, the air, the forests—everything had something that required urgent action. She told me that, for a while, she would look up “happy environmental news” to make herself feel better.

Slowly, she started to see that “there’s hope, things are happening,” and most importantly: I can contribute to that. When she came to Fordham, she joined every possible environmental club, still without the intention of majoring in anything related to the environment. But as she spent more and more time in USG, SEAJ, and working with St. Rose’s garden club, she thought: “I feel so good, I just want to do that.” Then, the thought dawned on her: “What if I devoted my life to environmental awareness and activism?” She describes the decision to major in the thing she cared about as having “a weight lifted.”

Listening to Gabby talk about what she loved made me realize the connection between personal passion and local activism. Specifically in the context of environmental awareness, Gabby sees herself not as separate from the world of plants and soil and water but as part of that environment. For her, that world is not separate and distant, it is the very place in which she lives. The world of politics and policy has stepped out of its realm and entered into her personal life.

“Where you are, there’s shit that needs to be fixed and done.” Gabby’s drive leads her to insert herself directly into the community around her, specifically the Fordham and Bronx communities, to be the change she wants to see. Getting involved with local organizations has allowed Gabby to be a leader in the fight for environmental sustainability. Gabby realized that where she could create the most impact was in her local community; she could see the real, tangible change that she wanted using the means that are available to her here at Fordham, in order to address Fordham-specific issues of environmental sustainability. When I asked Gabby about local versus national or international activism, she expressed a clear sense of mission to stay right where she is: “We’re here, and we’re able to make so much change. I’m meant to be at Fordham, in the Bronx.”