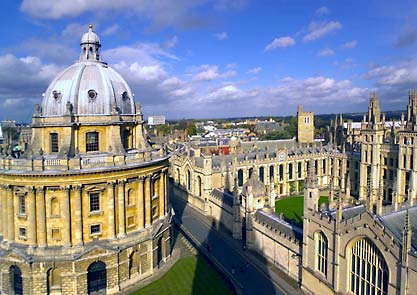 Due to new legislation, college students in the United Kingdom will be required to pay higher tuition fees starting in the fall of 2012.  While 2011 tuition rates for universities will cost students up to £3,375 (approximately $5,400) annually, the new policies will nearly double most tuition to £6,000 per year and allow some universities to charge £9,000 per year in exceptional cases. The tuition increases set off waves of protests and debate throughout the country as students and politicians try to cope with conflicting interests in the midst of an unstable economy.

These tuition increases may reflect a larger reordering of the developed world’s approach to higher education.  Higher tuition fees may force students to rethink their decision to enroll in university and reorient them towards more affordable vocational training schools. In an effort to remain competitive with the growing BRIC economies, the developed world needs to invest in the education of its youth, particularly in science and technology.  The rising cost of tuition in the U.K. has thus highlighted the debate over global competitiveness in the educating the world’s youth.

The higher education finance reform is just one example of unfavorable politicking coming out of the House of Parliament. Prime Minister David Cameron and Deputy Prime Minister Nick Clegg have led a coalition government that also cut spending for youth centers, housing and support services, and the National Healthcare Service (NHS) in the past few months. The value added tax (VAT) on all goods was raised in early January from 17.5% to 20%. The objectives are clear: either save money with less government spending or increase returns through higher taxes and fees. In tough economic times, such objectives are more than reasonable. However, forcing university students to pay double or triple the current tuition fees is poor policy because it puts a tremendous strain on the very people needed to bring specialized skills and new ideas into the volatile U.K. economy.

In actuality, while increased tuition fees may help to alleviate short-term fiscal constraints, there are long-term effects that could severely harm the region’s economic future. Greater tuition will inevitably drive qualified students away from higher education in the U.K. because it is unaffordable.  A fear is that higher costs will altogether drive away those students already at the periphery of the higher education system. Fewer skilled workers will ultimately lead to slower economic development and less innovation. Those who do pay the higher costs will be saddled with a larger debt burden as a result of student loans. As a result of potential debt, 8,000 more people applied to U.K. universities for the 2011 academic year than in the previous year with the hopes of avoiding the tuition hikes starting in 2012.

To a college student from America, paying the equivalent of $14,400 for a year of tuition may not appear to be worthy of such outrage. Yet, this price does not include costs for living accommodations and meals. Many U.K. universities do not offer meal plans; therefore students must buy groceries or eat at restaurants, both of which can be costly. After adding in other expenses such as textbooks, transportation, and spending money, a year at a university in the U.K. is similar in price to the annual costs at many U.S. colleges. Nonetheless, it should be noted that the total cost of a year at a U.K. university is still significantly dwarfed by the more exorbitant tuition rates at certain private U.S. institutions such as New York University and Sarah Lawrence College, which charge upwards of $50,000 per year.

Yet there remains a disconnect between immediate cuts and future investment in growth.  Moreover, it seems that competitiveness in science and technology cannot be achieved without a solid fiscal footing.  Budgetary constraints will continue to hinder the growth of science and technology education, that is so critical to the future of the developed world.  Thus, the particularly rancorous debate over education cuts in the U.K. has opened a much larger fissure in the global competitive market.

Regardless of whether one examines tuition prices in America or in the U.K., the question remains: should higher education be treated as a business or as an affordable way for people to develop intellectually? The problem is inherently global. The 2008 economic crash decimated national economies around the world. Nevertheless, it makes sense politically and fiscally for governments or private institutions to raise higher education tuition, no matter how twisted the logic may seem. In the global economy, a college degree has become a necessity, and students around the world will continue to pay expensive fees so they can compete for the best jobs after graduation. However, just because increased tuition is an easy solution does not mean it is the correct solution.

Instead of cutting funding for higher education and forcing students to pay more, the government in the U.K. should try to spend more on education and make it a priority for its political agenda. The government could strengthen educational infrastructure within the U.K. by giving money to schools for newer facilities, better technology, and more extra-curricular activities. Additionally, increased funding for higher teacher’s salaries would provide an incentive for the brightest minds to become education professionals. While Parliament has ignored making significant improvements to education, the government spent close to £10 billion pounds ($16 billion) on the war in Iraq since 2003.

Not only does the new education reform set a bad precedent, but it also exemplifies how the U.K. system of higher education is moving in the wrong direction. On January 4th, more than 180 protesters were arrested in London’s West End during tuition fee riots. A few of the protestors attacked a car carrying Prince Charles and Duchess Camilla Parker Bowles outside the House of Parliament as the demonstrations quickly got out of hand. The students continue to protest throughout London and have fought back against the education finance reform. While the government is under no obligation to appease the students of the U.K., members of Parliament should be cognizant of a growing tension and disconnect between politicians and students. As Ralph Waldo Emerson said, “the secret of education lies in respecting the pupil.” Maybe Parliament could learn a thing or two.