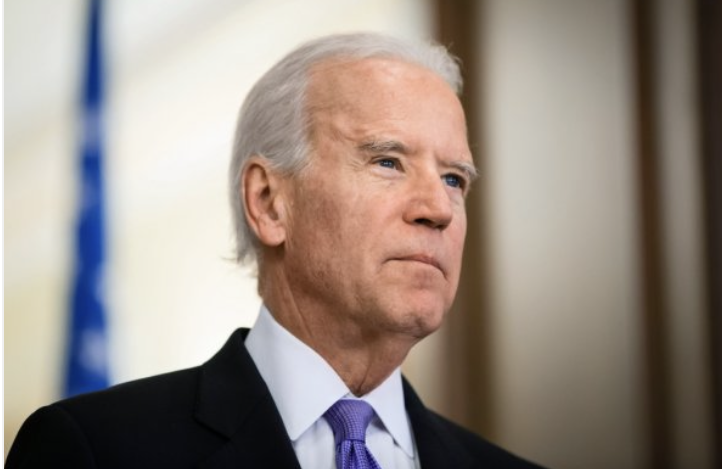 On the night of November 7, 2020, when then-president-elect Joseph R. Biden Jr. delivered his victory speech, he asserted that he “sought [the presidency] to restore the soul of America.” Coming at the tail end of the Trump administration’s catastrophic handling of several affairs, including the U.S.-Iran conflict, the brutalization and unlawful arrests of Black Lives Matter protesters, and the pardoning of Blackwater contractors involved in the deaths of 14 Iraqi civilians, the outcome of the 2020 presidential election imbued many U.S. citizens—Republican and Democrat alike—with a renewed hope for the future of the country. Biden’s election came at a point of desperation for the American people; the country knew that there was a lot of work to do in order to rebuild after the COVID-19 pandemic. But while his administration works to restore the nation both domestically and internationally, Biden faces his own personal Goliath: the restoration of dignity to the most coveted position in politics.

Trump’s inauguration on January 20, 2017, was accompanied by a wave of fear and trepidation from people across the globe. In the two months after his inauguration, he managed to garner enough negative media attention to be dubbed the “most ridiculed man on the planet.” To many, this didn’t come as a surprise—in a 2016 speech, presidential candidate Hillary Clinton warned that Trump was temperamentally unfit to hold an office that wields as much power and responsibility as the presidency.

Now, approximately nine months after the 45th president’s last hurrah in the White House, the country has begun to adjust to a “new normal.” No longer relying almost exclusively on Twitter for information on the state of the nation, for some people, the Biden administration is exactly what it was meant to be: a return to decency. But what exactly does this return entail? Biden’s Goliath is unlike any observed throughout history, and that warrants an effort of the same magnitude.

Biden’s victory speech provides a rough map of the path towards decency and dignity. The starting point for this return becomes evident in the sixth line of the speech, in which Biden states, “I pledge to be a president who seeks not to divide, but to unify.” For many, these words draw a drastic contrast between now and the summer of 2020, when Trump chose to ignore the needs of his people, and instead hurled sharp criticisms at the press, Democratic mayors, and Antifa from behind the comforting mask that was his Twitter. It was not until after he delivered a speech in the Rose Garden, lauding himself as an “an ally of all peaceful protestors” that he made any attempt to address the turmoil that rocked the nation to its core.

Even before he had received the official democratic nomination, Biden showed more compassion and decorum in his response to the outcries of the American people. His sympathy for the grieving country came along with scathing critiques of how Trump responded amidst the chaos, referring to an incident on June 1, 2020, in which the 45th President forced peaceful protestors to disperse by gassing them in order to make way for a photo op.

“The President held up a bible at St. John’s church yesterday. If he opened it instead of brandishing it, he could have learned something: That we are all called to love one another as we love ourselves,” Biden said.

When he made his victory speech a couple of months later, Biden made it a point to remind the people, “We are not enemies. We are Americans.”

For those couple of precarious months between the beginning of the pandemic in the U.S. and the 2020 election, Biden was nothing if not consistent. He carried himself to the oval office with a clear mission and starting point for the trajectory of America’s “return to decency.” His philosophy was displayed in the way he conducted himself as a candidate who was not a divider, but a unifier.

Biden’s struggle to restore dignity and decency does not stop at the borders of the country. In tandem with restoring decency, he also declared one of his goals to be “to make America respected around the world again.” Trump’s disastrous handling of foreign affairs, as referenced by Washington Post columnist Michael McFaul, gave plenty of countries reason to ridicule us, including our failure to manage the pandemic, take seriously the crises brought about by climate change, and show basic respect towards Haiti and African nations.

Another way Biden seeks to go about America’s “return to decency” is portrayed in the way he conducts himself diplomatically. In contrast to Trump’s first phone call with Mexican President Enrique Peña Nieto, which was marked by hostility, Biden took a much more diplomatic approach, with AP News reporting the first call between president López Obrador and Biden to be “friendly and respectful.” This phenomenon and apparent relief at Biden’s election was shared by many world leaders, as evidenced by the enthusiastic outpouring of congratulatory and hopeful messages after his election.

Perhaps the most pressing matter to address in regards to the U.S.’s international reputation is the handling of the COVID-19 pandemic. Trump’s response resulted in international criticism and led to nearly every country closing its borders to U.S. citizens. But Biden’s efforts to promote vaccines and implement public health and safety measures have resulted in the restoration of some of our former reputation. While it will take much longer to build back to what this country was once known for, getting the ball rolling is the most important part—and it appears that Biden’s actions are doing just that.

It’s clear that Biden knows and understands the enormity of this undertaking. He is not the first to come into power while the nation is at a critical point, and he won’t be the last—but the certainty of future challenges is no excuse to bring a lackadaisical effort to the oval office when the country demands so much more. Donald Trump humiliated the presidency in the most public of ways, degrading the sanctity of what many would call the position that makes its holder the most powerful leader in the world. How, then, do we build back from that? How do we restore dignity when it has been so brazenly destroyed? Right now, there is no certain answer, and there is no certainty that there ever will be an answer. What we do know is that the restoration will be a process that takes years. Still, a new president, Biden has ample time to show us just exactly how he plans to “build back better.”

Biden’s Goliath is unlike anything the American people have ever seen before. The future of the country right now is uncertain and may continue to be for the foreseeable future. Too many factors are at play for anyone to give a definitive answer as to when America will “return to normal.” For now, we can only sit back and wait to see if the 46th President can fill the shoes of David—for all of our sakes.